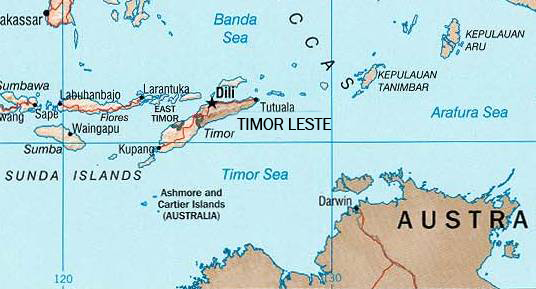 Evidence abounds that the international order created by the victors of World War II is under assault.  Current leaders seem to believe that might does, in fact, make right.  Hard power, it seems, is supreme.  In fact, the long-discredited social-Darwinian pursuit of conquest, natural resources, and power again has a following.  But occasionally, positive news breaks through the noise to sustain our faith in the system that has preserved great-power peace since 1945.

On Tuesday, March 6, 2018, leaders of Australia and Timor Leste met at the United Nations in New York to sign a treaty establishing the maritime boundary between the two nations.  It is the result of difficult negotiations, a conciliation process established under the UN Convention on the Law of the Sea (UNCLOS), and follows years of dispute over previous agreements, espionage, and vast under-sea oil and natural gas reserves.  The negotiations have not, yet, resolved how to jointly exploit the natural resources—estimated to be worth at least $53 billion.  Discussions will continue, but in the signing of the maritime boundary, Australia and Timor Leste sent an important message to the world: international law and international institutions matter.

If the dispute had been simply a test of wills between two proud nations, it is likely that nothing would have changed.  Australia could have dragged its feet indefinitely and a military confrontation would have been a lopsided fight, to put it mildly.  Timor Leste has a population of about 1.2 million and a gross domestic product (GDP PPP) of $4.6 billion.  Australia, in contrast, has a population of nearly 25 million people, and a GDP of $1.24 trillion.  Australia per-capita GDP is nearly ten times that of Timor Leste and Canberra spends more than $24 billion on defense each year, compared to Dili’s defense budget of less than $20 million in 2015.

But this wasn’t about defense budgets or military might; it was about the application of a rules-based approach to international disputes that has long promised a peaceful and just means of resolution.  UN Secretary General Antonio Guterres heralded the agreement as a demonstration of “the strength of international law, and the effectiveness of resolving disputes through peaceful means.”  Australia’s Foreign Minister Julie Bishop put it this way: “Australia believes the international rules-based order is fundamental to our collective security and prosperity. Our treaty reflects the value and importance of those rules and institutions, and the benefits for states in abiding by those rules. In particular, our treaty reflects the importance of the UN Convention on the Law of the Sea. As a maritime trading nation, Australia will continue to be a staunch supporter of UNCLOS and its processes.”

The parallels for other maritime disputes—in the South China Sea, for example—are obvious.

Last September, the Pell Center was privileged to welcome Timor Leste’s chief negotiator Xanana Gusmao to Salve Regina University.  Over the course of the day, we heard from scholars, retired American military leaders, and U.S. Senator Jack Reed about the importance of Timor Leste’s success as a young democracy.  All agreed that the resolution of the maritime boundary was essential to Timor Leste’s economic development and political stability.

March 6 was an important day for Timor Leste and for Australia—but it was important beyond the Timor Sea, too, because the agreement signed by those two nations affirms that the rules-based international order can provide a just and durable resolution to international disputes.