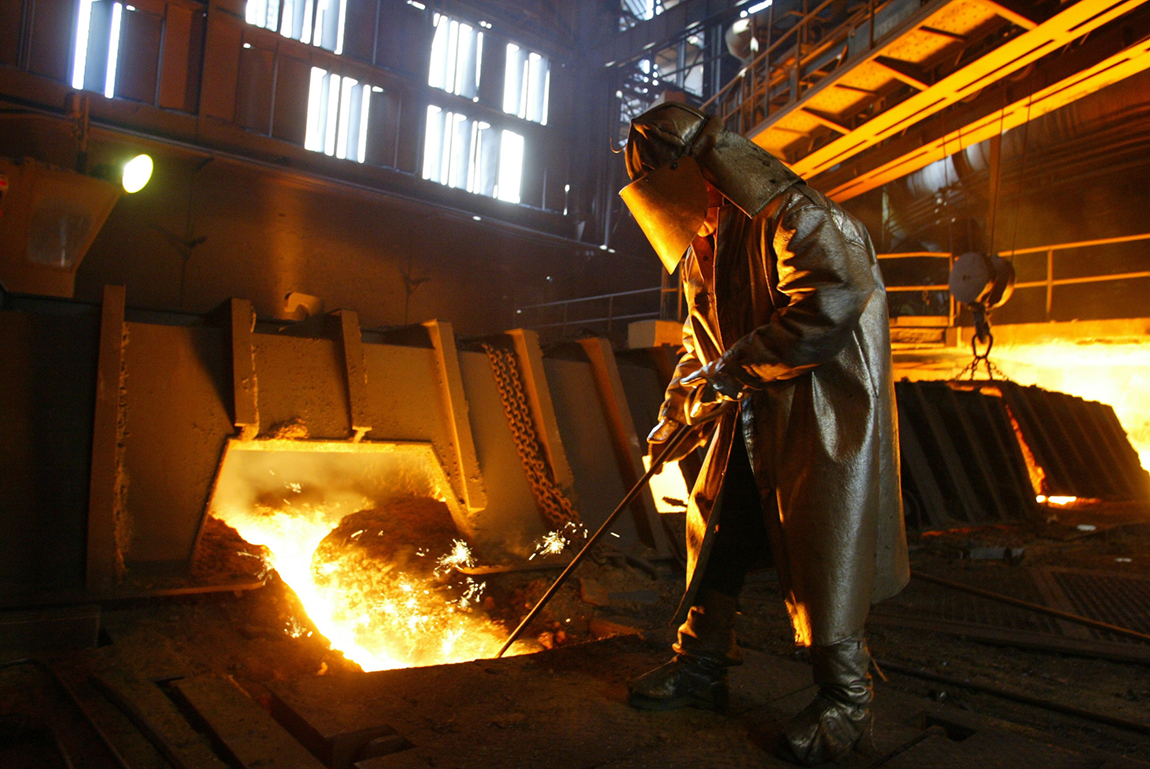 Picks of the Week:

Faced with a profound transformation in the workforce just 18 years into the twenty-first century, the President of the United States has adopted a decidedly nineteenth century tool to meet the challenge: tariffs on steel and aluminum imported by U.S. businesses.  The president’s solution is more than just an anachronism, it is premised on a fundamentally flawed understanding of the current challenge and the enduring link between those who work and the politics of our republic.

The President justifies his tariffs on steel and aluminum as necessary to defend American jobs from the predatory actions of our trading partners.

But there’s a problem with all of that: trade isn’t the problem, automation is.  The United States produced as much steel last year as we did 30 years ago, but we did it with about half the people working in steel mills.  The reason is simple: technology and automation.

The truth is the world is on the cusp of a technological revolution that is going to change our economy, what people do with their lives, and, eventually, our system of government.

In his classic study, The Wealth of Nations, Adam Smith argued that a nation’s wealth is not established by the amount of gold or silver it possesses, but rather in the productivity of its economy.  In other words, if a country has little silver or gold, but whose factories and workers are highly productive, that country would be said to have great wealth.  The source of wealth, according to Smith, was not some natural resource, but a human resource and the product of human labor.

Smith himself was an early proponent of freedom: free labor—meaning no slavery—and free markets—meaning no government interference in the economy.  Freedom, it was argued, was the best way for markets to mature, for people to achieve their full potential, for economies to prosper for the greatest number of people, and for civilization to advance.

And for several centuries, governments and societies have been driven forward by the idea that we need to create an educated workforce to enable our economies.  In the aftermath of the Napoleonic wars, revolutionaries and reformers from the Middle East to the Americas talked about reforming society based on education and industrialization.  By the start of the 20th century, these ideas had taken root in Asia, too.  Today, these views are largely global and justify the link between education and efforts to keep the American economy globally competitive.

The centrality of labor in Smith’s view of economics—of people who work for a living, who earn a decent wage, and spend money on goods to further drive the economy—has had tremendous political implications, as well.  Think of the shopkeepers and farmers in Massachusetts who resented the taxes of the British monarch; or the bourgeoisie in Paris in 1789, who believed that the people should be able to decide on what the government spends money.  In fact, much of the global history over the 242 years since the American Declaration of Independence has been a history of the relationship between labor and governments.  It’s not surprising that so many political parties around the world have included terms like “workers” or “labour” in their names.  Until the middle of the 20th century, autocrats and monarchies typically feared the working masses—what Marx called the “proletariat.”

But according to a growing body of evidence, the reality of “labor” is about to change.  Scholars at Oxford University believe that 47% of U.S. jobs may cease to exist in coming decades because of advances in computers and automation.

Take, as one example, the disruptive potential of self-driving vehicles.  We know Tesla, and Google, and maybe Apple are all developing them.  And when they arrive, they will put 1.6 million American long-haul truck drivers out of business; along with 800,000 delivery truck operators; 180,000 taxi drivers; 160,000 Uber drivers; 500,000 school bus drivers; and 160,000 transit bus drivers—even the 445,000 people who work in auto-body repair shops.  Anyone, anyone at all, who does anything with cars—whether they’re a parking lot attendant or a meter-maid—is going to feel the ground shift beneath them as our motor vehicles transition to a high tech future.  All told, in the driving economy alone, some estimates suggest that we’re looking at the disruption of 4 million American jobs.

This revolution in automation and artificial intelligence won’t be an American revolution.  It will be a global revolution and the society that best figures out how to reconcile this new technology with its people will emerge as the dominant political and economic power of the 21st century.  Tariffs and trade wars aren’t going to help us meet this challenge, and to the extent they obscure these real structural challenges in the American and global economy, they waste our time.