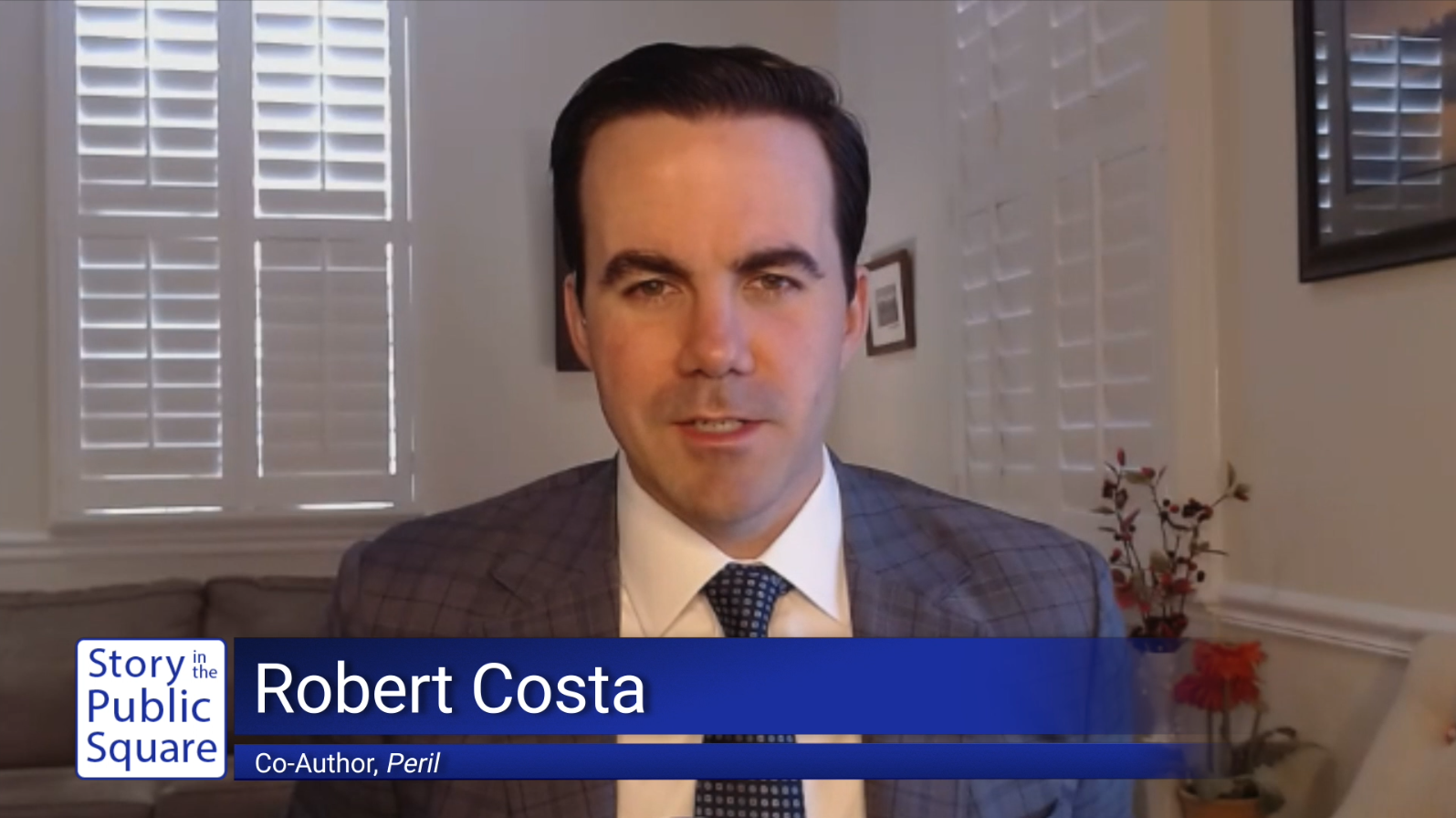 Robert Costa is co-author of the new book, “Peril,” with Bob Woodward.  He has been a national political reporter at The Washington Post since 2014 and previously served as moderator and managing editor of “Washington Week” on PBS until 2021.  He was a political analyst for NBC News and MSNBC before that.  Costa joined Washington Week with nearly a decade of reporting experience that began with coverage of movement politics and Capitol Hill, including the battle over health care policy during the Obama presidency and the 2010 mid-term elections.  In 2012, he covered the race for the Republican presidential nomination and published interviews with all the major candidates.  He holds a bachelor’s degree from the University of Notre Dame and a master’s degree from the University of Cambridge.

On this episode of “Story in the Public Square,” Costa discusses his reporting on the January 6th attacks on the U.S. Capitol.  He says, “[As] I dug into the reporting, [it became apparent that] the real story was far darker.  The president of the United States, Donald Trump was coordinating a sprawling vicious pressure campaign, legally, politically, documented with the John Eastman memo we discovered, on his vice-president, the department of justice, members of Congress to prevent Biden from taking office and pushing the election to the house of representatives, where he was confident house Republicans would do his bidding and vote him into another term, despite losing the popular vote and having the electoral college certify the election for Biden in December.  And this wasn’t an ego trip, a moment of narcissism, this was a coordinated effort from the very top of the United States government.”