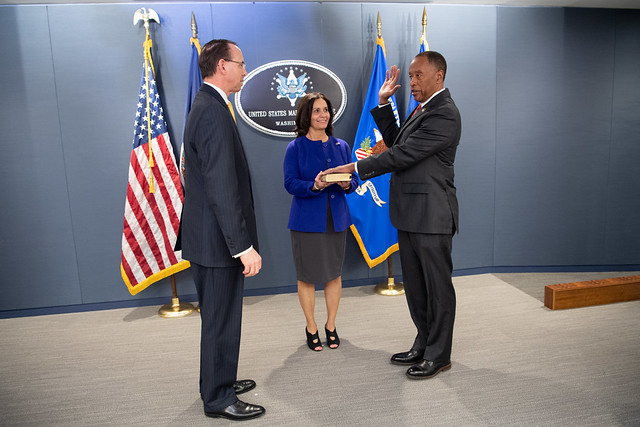 One of the proudest moments in my life had no witnesses—at least none that I know personally.  On my very first day working on Capitol Hill, I reported to the Senate personnel office.  I think I was told to go down to complete some paperwork.  I signed a couple of documents, and then a clerk—I remember he wasn’t wearing his suit-coat—told me to raise my right hand.  I did, and he administered the oath.

I remember wishing that I had known that was going to happen.  In the Aaron Sorkin version of my life, the music would have begun to swell when I raised my hand and the camera would have panned back to show me, this 30-something, newbie staffer, beginning his career the way every Congressional staffer does, as the swirl of the Capitol goes on around them.

But there was no music.  Instead, the clerk told me “Congratulations,” like he had said it a million times before.  I looked around at the empty office and said, “I wish my parents had been here.”  I don’t think he responded.

It would be a forgettable moment if it weren’t for what it meant.  Because that oath, like the oath taken by members of Congress, and by the president, and by every federal employee isn’t some kind of magical incantation, it isn’t a prayer, it’s a personal pledge of honor intended to center the focus and the energy of the person swearing it on what public service in our republic ultimately comes back to: the preservation of our Constitution.

I’ve been thinking about that this week as I’ve listened to the president and his allies launch ad hominem attacks against the intelligence community whistleblower; as the president has warned of a coup; and as the president’s allies have alleged treason by individuals whose great civic sin, in these twisted minds, was adhering to the oath they took as federal employees.

On Sunday, White House senior advisor Stephen Miller attacked the intelligence community whistleblower as a “deep state operative” who was out to get President Trump.  It’s a dangerous story the President and his aides are telling, for a couple of reasons.  First, it sets the president against the mass of the federal bureaucracy.  Second, at its core it equates the person of the president with the embodiment of the state.  We literally fought a revolutionary war about that.

I’m not talking liberal in the sense of “Democrats are liberal” and “Republicans are conservative.”  I’m talking about liberal as in Western liberalism.  In the course of the Enlightenment and our revolution, we developed a healthy skepticism in the reliability of individual leaders to protect the rights and liberties of citizens.  Instead, under western liberalism, we rely on free institutions to defend our rights, because institutions are more difficult to corrupt than any individual.

So when you hear someone cursing the “deep state” understand that they are attacking the oath of office every federal employee and office holder took—not to serve some potentate or would-be monarch, but to serve and defend the Constitution of the United States of America.  In fact, it’s not a stretch to say that those critics of the “deep state” are questioning the very constitutional order we have relied upon as a nation since 1789.