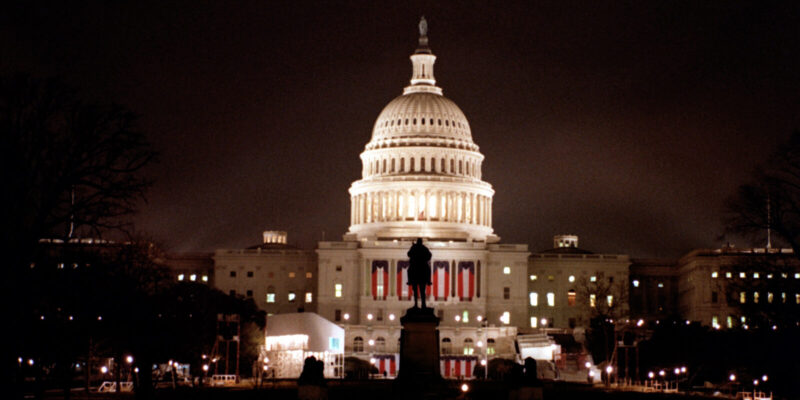 I moved to Washington, DC, when I was 22 years old to go to graduate school at Georgetown University.  I used to visit Capitol Hill regularly to use the Library of Congress.  Every chance I had, I would walk across the street and walk the grounds of the Capitol.  In those days—before Capitol Police officers were murdered in the line of duty in 1998 and before 9/11—you could enter through a couple of different open-doors.  Security was always stunningly light.  You could wander through the rotunda without an appointment, or visit the old Senate chamber, or even try to find that spot in the hall of whispers that always dazzles tour groups.  By the first time friends came to visit, I knew how to give a tour without having to take a tour.

When I was alone, my last stop, always, was on the West front of the Capitol.  I’d move to the spot at the center-point of the building, on a balcony overlooking the mall, and imagine the view on an inauguration day.  “And so my fellow Americans,” I’d begin when no one else was around.

In 2002, I went to work for Senator John Kerry.  With a badge and a role, I had access.  I could go where I needed to go.  I could access the tunnels between the office buildings and the Capitol building.  When I was staffing my boss, I could go on the Senate floor, and the euphoria that accompanied those days still lingers with me.  There were places I never mastered, like the so-called “hide-aways,” members’ private offices in the Capitol building hidden among a rabbits warren of twisting stairs and narrow hallways.  Sometimes when I needed to get over to the House office buildings, I’d aim for one and wind up in another.  It was a maze and I’d get lost.

Over those years, though, I came to love the Capitol—its artwork, its architecture, and especially it’s purpose.

In these stately halls rests the representative body of the American sovereign: the people.  In these halls have raged debates that linger down through history—the Missouri Compromise, the 13th amendment, the end of Reconstruction, declarations of war, the creation of Social Security, the Voting Rights Act, and more.  This is where America’s representatives meet to debate and settle the great issues of our day—not through the trial of combat, but through debate, deliberation, negotiation, and compromise.  Is it pretty?  Rarely.  Is it boisterous and frustrating?  Almost always.  Anyone who thinks “politics” is a dirty word, however, fails to recognize that “politics” is, in fact, how we resolve big issues without killing one another.

That’s why today’s violence in the Capitol—the breaching of the sanctuary of democracy—is so stunning and so dangerous.  It’s not that there was ever a real prospect of the mob toppling our government—it’s the threshold President Trump has crossed again and again: undermining faith in the free elections he lost, stoking resentments, pitting Americans against Americans, and encouraging a mob to march on the Capitol to soothe his wounded ego.  If we accept that partisans can turn their mobs on the institutions of our democracy, then politics becomes a race for the largest, strongest, best armed mob.  That’s not a republic, it’s Mad Max, it’s a comic book idea of governance, or, worse—it’s fascism.

Today we saw open-insurrection in the streets of Washington, DC, and violence in the halls of the U.S. Capitol threaten the order and functioning of our sacred democracy.  It’s unconscionable.  Its perpetrators and instigators must all be brought to justice.