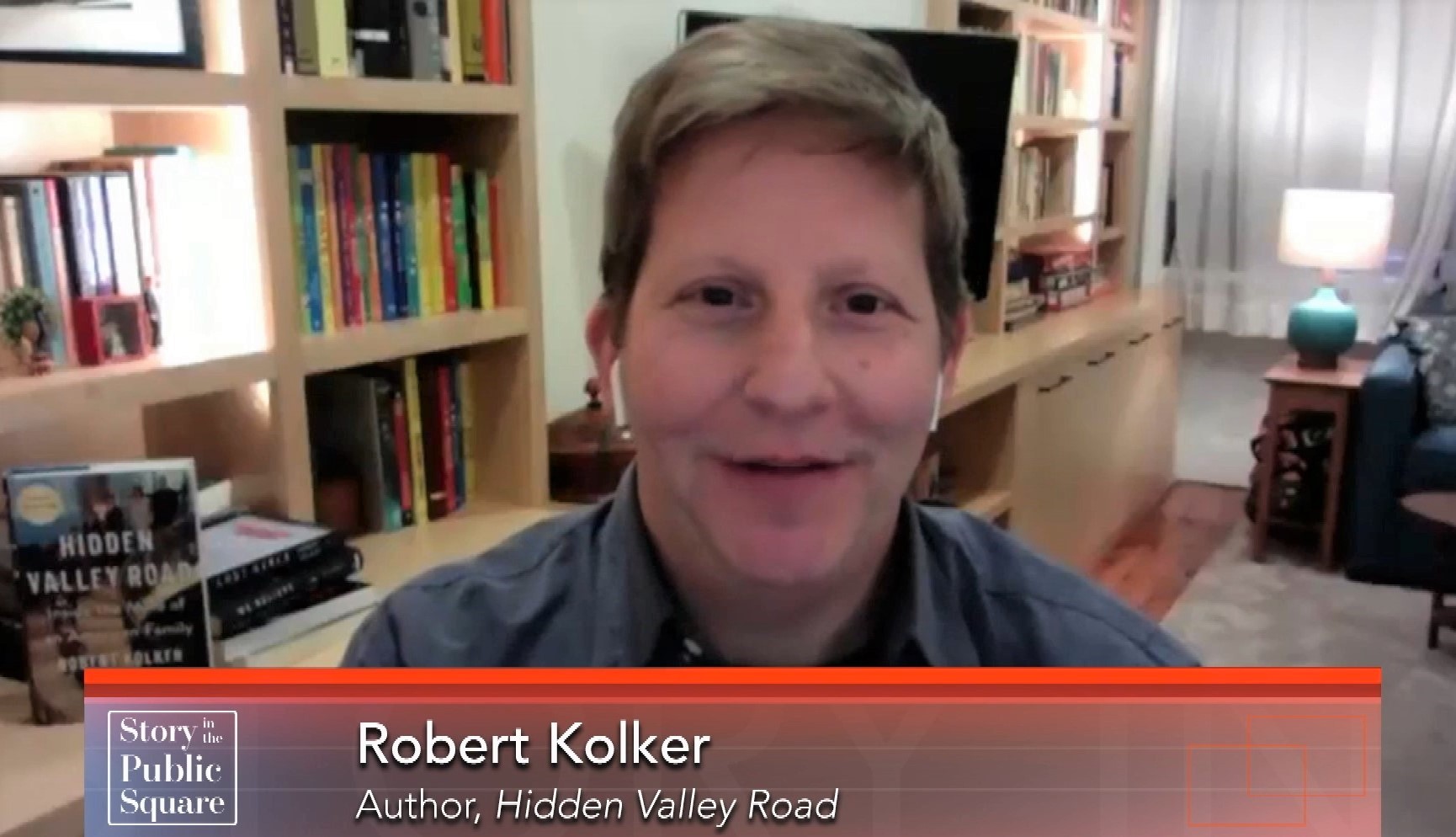 Every family has its secrets. Robert Kolker tells the story of an all-American family in the middle of the 20th century forced to grapple with that era’s stigma and tragic consequences of serious mental illness.

Kolker is the New York Times bestselling author of “Lost Girls,” named one of the New York Times’ 100 Notable Books and one of Publisher’s Weekly’s Top Ten Books of 2013.  His most-recent book, “Hidden Valley Road,” a number-one New York Times bestseller and Oprah’s Book Club selection, was published in 2020.  His 2006 investigation into sexual abuse in the ultra-Orthodox Jewish community helped bring an abuser to justice and was nominated for a National Magazine Award.  His exploration of an eighteen-year murder-exoneration case and the police tactics that can lead to false confessions received the Harry Frank Guggenheim 2011 Excellence in Criminal Justice Reporting Award from the John Jay College of Criminal Justice in New York. Other articles of note include the police shooting of Sean Bell, a close look at New York’s homelessness epidemic, and New York’s cover stories on airport safety and security, and Chesley “Sully” Sullenberger’s Miracle on the Hudson.  Kolker’s journalism has appeared in New York magazine, Bloomberg Businessweek, The New York Times Magazine, Wired, and The Marshall Project.

On this episode of “Story in the Public Square,” Kolker describes his approach to writing gripping, humane narratives, saying, “I’m non-prosecutorial, that I’m not interested in finding ‘good guys’ or ‘bad guys’ or passing judgment. I’m interested in helping the world understand [these stories and the people in them] better.”