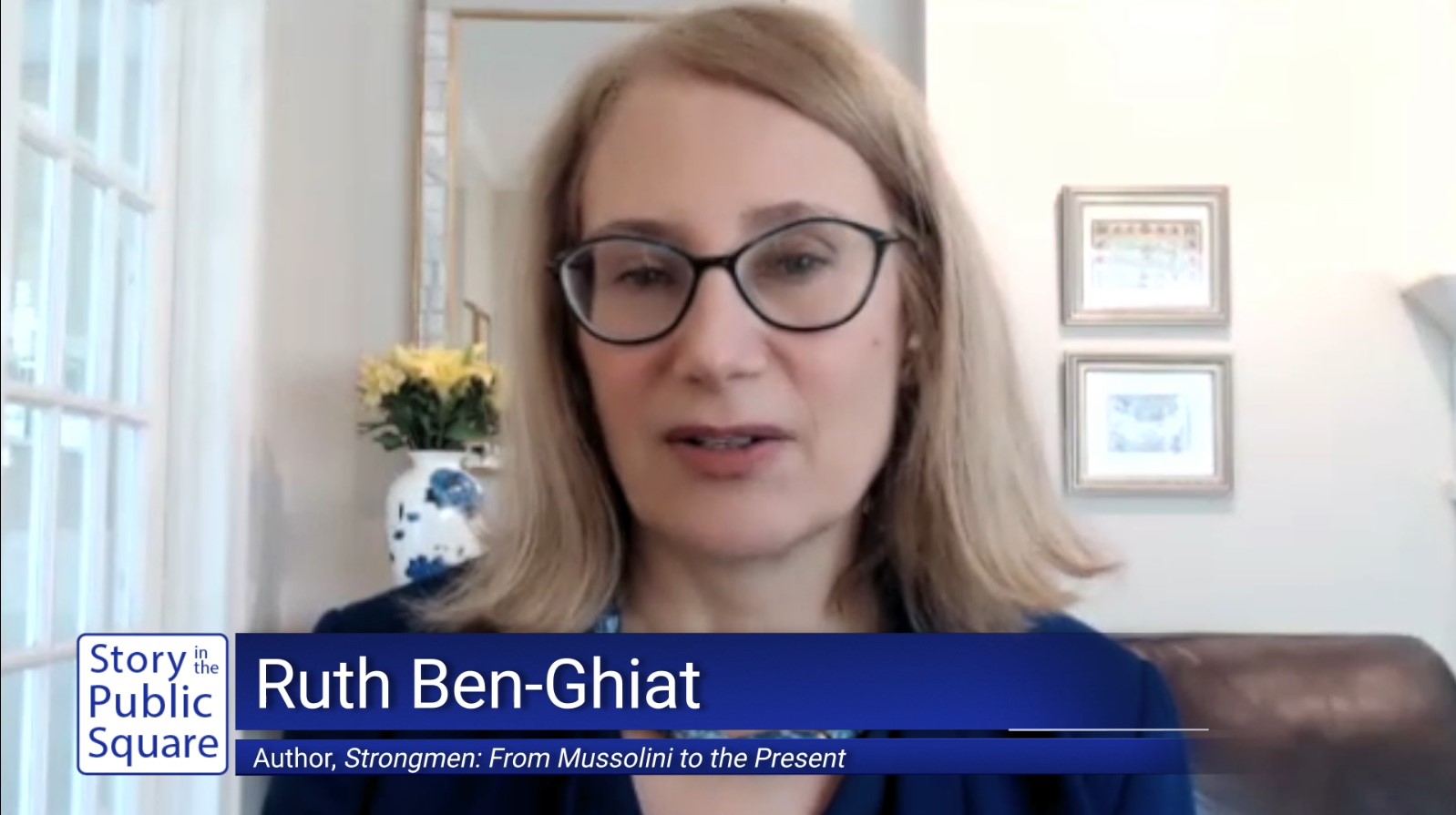 Tyranny comes in many forms, but its central elements of violence, lost glories, and corruption seem to repeat.  Ruth Ben-Ghiat warns that autocrats have risen frequently from democracy over the last century by relying on a simple playbook that has proved as durable as it is menacing.

Ben-Ghiat is a historian and commentator on fascism, authoritarian leaders, and propaganda and the threats they present to democracies.  She brings historical perspective to her analyses of current events on MSNBC Opinion Columnist and author or editor of six books, with over 100 op-eds and essays in CNN, The New Yorker, and The Washington Post.  Her insight into the authoritarian playbook has made her an expert source for television, radio, podcasts, and online events around the globe.  She grew up in Pacific Palisades, California, where many intellectuals who fled Nazism resettled, which sparked her interest in the subject.  Ben-Ghiat teaches History and Italian Studies at New York University and an Advisor to Protect Democracy and her work has been supported by Fulbright, Guggenheim, and other fellowships.  Her books “Fascist Modernities” and “Italian Fascism’s Empire Cinema” detail what happens to societies when authoritarian governments take hold and explore the appeal of strongmen to collaborators and followers.

On this episode of “Story in the Public Square,” Ben-Ghiat discusses her latest book, “Strongmen: From Mussolini to the Present,” which examines how illiberal leaders use corruption, violence, propaganda, and machismo to stay in power, and how resistance to them has unfolded over a century.