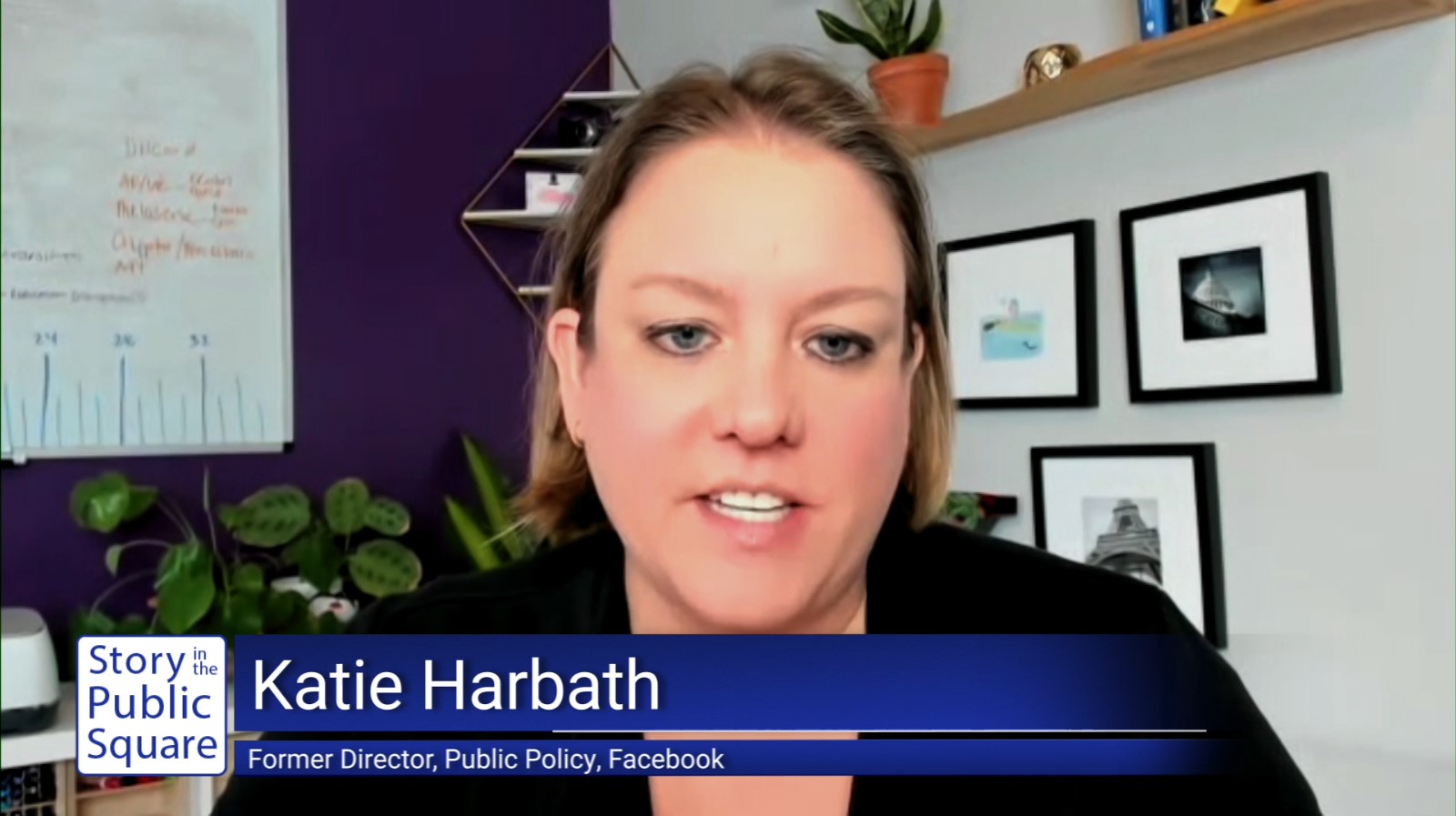 A decade ago, social media could be seen as a well-spring of democratic innovation and potential.  Events of the last six years may have changed the public’s perception on that score, but Katie Harbath warns that social media platforms have much more work to do to protect democracy in the United States and around the world.

Harbath is a global leader who works at the intersection of elections, democracy, and tech.  Most recently, she was a public policy director at Facebook where she was credited with building out and leading a global team responsible for managing elections over the course of 10 years.  She played a significant role in building another team of over 30 people that worked to engage governments and elected officials from around the world at the local, regional, and national levels, in using Facebook and Instagram to connect and engage with constituents.  She worked closely with product development teams to deploy civic engagement and election integrity products, including transparency features for political ads, developing and implementing election policies, building teams to support government, political, and advocacy partners, and working with policymakers to shape election regulations online.  Harbath was involved in this work in major elections for every country around the globe, including the United States, India, Brazil, United Kingdom, European Union, Canada, Philippines, and Mexico.  Before joining Facebook, Harbath held senior strategic digital roles at the Republican National Committee, the National Republican Senatorial Committee, DCI Group and multiple campaigns.  She sits on the boards of the National Conference on Citizenship, Democracy Works and the Center for Journalism Ethics at the University of Wisconsin, Madison.

On this episode of “Story in the Public Square,” Harbath discusses the challenges faced by tech companies and citizens of democracies around the world as they address and create policies for election-related issues.  She says individual citizens should be aware of the presence of disinformation on social media and emphasizes the importance of having a “diverse news diet,” advising users to consider a story’s source before sharing it on any social media platform.  With the large number of elections taking place around the world in 2024, Harbath worries tech companies will be fighting election integrity issues on so many different fronts that countries like Russia and China could attempt to interfere with democratic processes and civic life and these companies will not have the resources and people power to adequately address these threats.