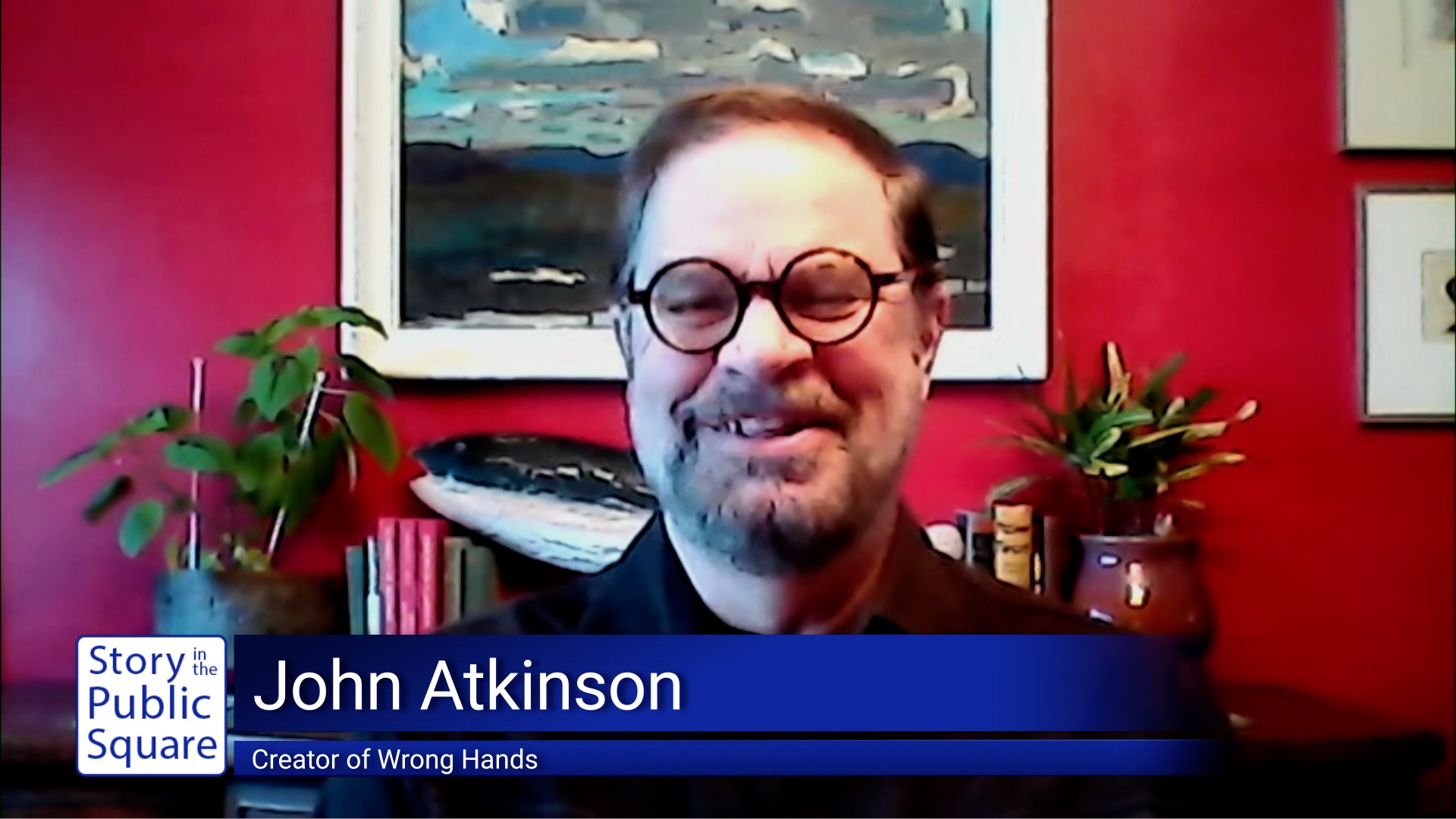 Born and raised in Ottawa, Canada, John Atkinson has been writing and drawing his cartoon series, “Wrong Hands,” for over ten years.  After graduating from the University of Ottawa with a degree in fine arts, Atkinson began his comic series for children.  After posting his work for a wider audience, “Wrong Hands,” online, it was quickly embraced by a loyal following worldwide, with nearly eight million fans visiting the site.  In addition to being syndicated on Andrews McMeel’s site GoComics, “Wrong Hands” was featured weekly in TIME magazine for over two years.  In 2018, his incredibly popular series “abridged classics” was expanded into a book and published by HarperCollins.  The book featured dozens of new abridgments and unique illustrations for both domestic and international markets.  “Wrong Hands” has regularly appeared in numerous magazines, newspapers, and textbooks worldwide, while several of his comics have been featured on major online sites including Upworthy, Bored Panda and Literary Hub, and Atkinson has collaborated with Chanel Paris, Grammy Award-winning singer-songwriter Janis Ian, and the Quevedo Institute of Humour Arts in Madrid, Spain.  He is the author of “Abridged Classics: Brief Summaries of Books You Were Supposed to Read but Probably Didn’t.”

On this episode of “Story in the Public Square,” Atkinson discusses his everyday inspiration for his “Wrong Hands” creations, his creative process and their evolution through the years.