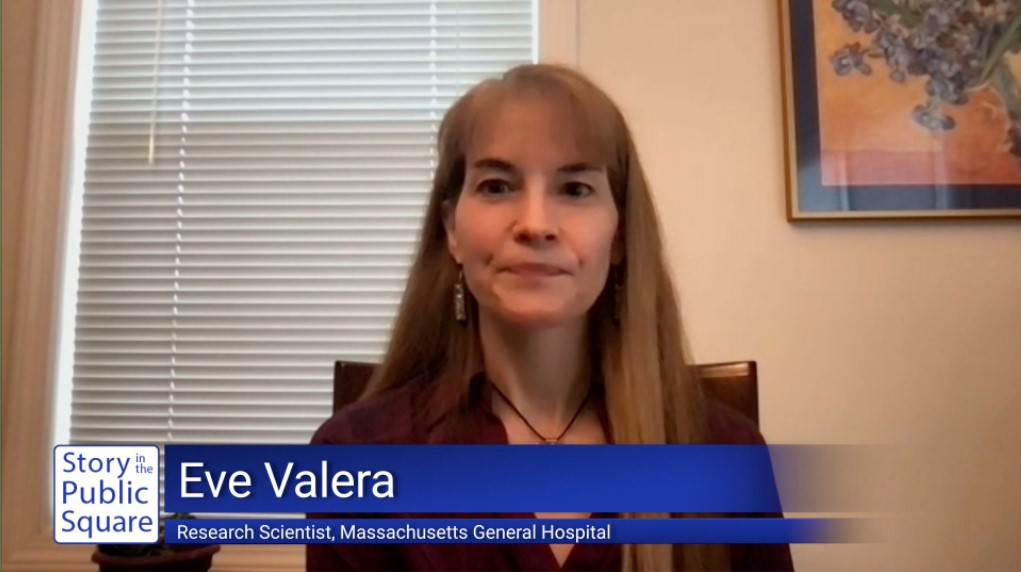 Traumatic brain injuries can have lifelong impacts on cognitive and psychological function.  Dr. Eve Valera studies these injuries among survivors of domestic violence and says they have serious mental health impacts.

Valera is an associate professor in psychiatry at Harvard Medical School and a research scientist at Massachusetts General Hospital. She has been studying domestic violence for nearly 25 years and is recognized internationally for her work in understanding the effects of traumatic brain injuries (TBIs) sustained from intimate partner violence. Her current work uses a range of methodologies to understand the neural, cognitive, and psychological consequences of such TBIs. She published one of the first studies examining the prevalence TBIs in the context of intimate partner violence and their relationship to cognitive and psychological functioning.  Valera has received funding from the National Institutes of Health, Harvard Medical School Center of Excellence in Women’s Health and the Rappaport Research Fellowship in Neurology to support her work.  She continues to disseminate her research at through lectures for academics and other justice-involved personnel, at police departments and for front-line staff for intimate partner violence support and shelter, and to women with lived experience.