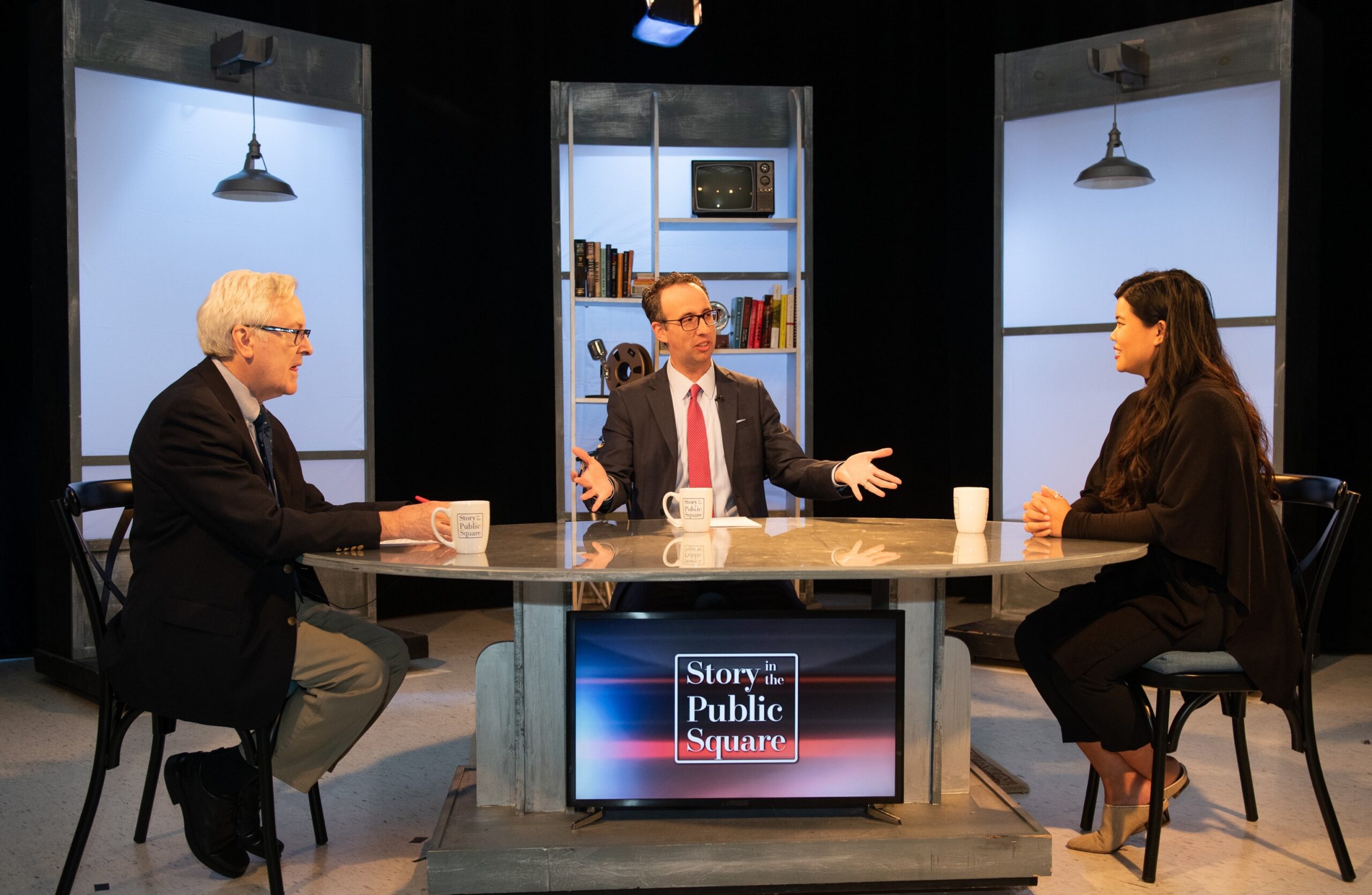 NEWPORT, RI – “Story in the Public Square,” the five-time Telly-Award winning series from the Pell Center at Salve Regina University, is set to premiere its ninth national season during the week of Monday, July 4 2022 via NETA.  The new season will include 24 new episodes seen nationally on public television.

“Story in the Public Square” is a weekly, 30-minute series that brings audiences to the intersection of storytelling and public affairs. Its guests vary from week to week and include acclaimed filmmakers, scholars, photographers, journalists, activists, musicians and more.  Together they shed a light on the stories shaping culture, politics, and current national and international events.

The series is a creative collaboration between its hosts, Jim Ludes (Vice President, Salve Regina University) and G. Wayne Miller (Staff Writer, The Providence Journal.)  It has been in production at Rhode Island PBS since January 2017.

After two years of virtual production the show returned to a redesigned set in the studio at Rhode Island PBS.  In the new season, guests will join Ludes and Miller on set and virtually.

“We were able to keep our promise of ‘big ideas and great guests’ throughout the pandemic,” said Ludes, “thanks to some ingenious problem solving by our crew and a desire to make it work.  We actually think we learned how to produce a better show, but we are thrilled to be back in the studio.”

“Jim and I have said for years that the show succeeds because of its guests,” confirmed Miller, “and the episodes throughout the pandemic underscored that belief for us.  We regularly bring inspired conversation with artists, storytellers, and scholars into people’s homes, and that privilege doesn’t escape our appreciation.”

“Story in the Public Square” is currently seen in more than 86 percent of the nation’s television markets with over 500 weekly broadcasts nationally.  It has won Telly Awards for excellence in politics and commentary as well as social impact in 2021, 2020 (twice); 2019, and 2018.  The show is produced by the Pell Center at Salve Regina University and presented by Rhode Island PBS via NETA, the National Educational Telecommunications Association.