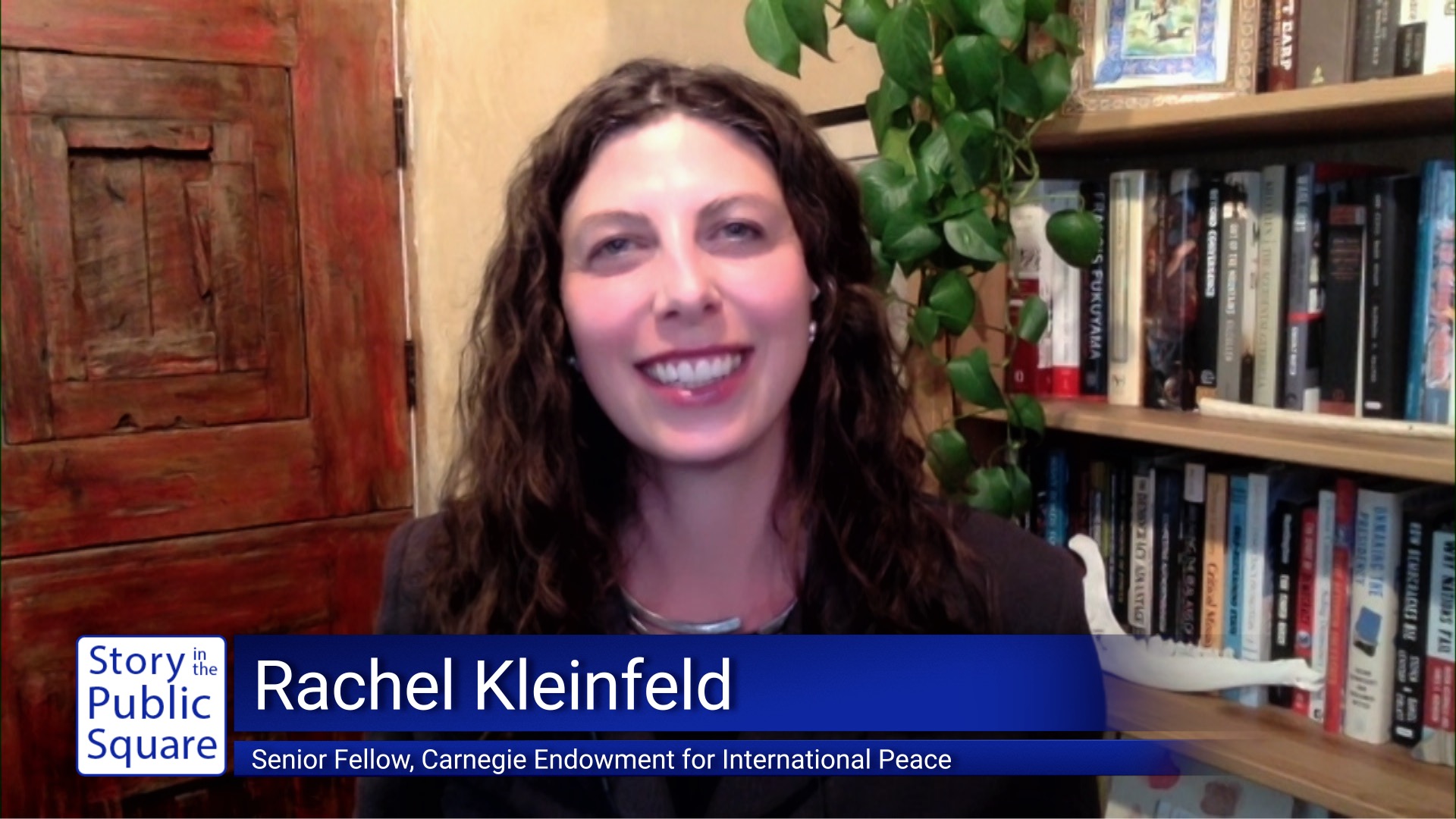 Democratic backsliding isn’t limited to weak governments abroad.  Rachel Kleinfeld warns about the dangers facing American democracy, including the growing acceptance of intimidation and even political violence in some communities.

Rachel Kleinfeld is a senior fellow in the Democracy, Conflict, and Governance Program at the Carnegie Endowment for International Peace, where she focuses on issues of rule of law, security, and governance in post-conflict countries, fragile states, and states in transition.  Her work bridges comparative and U.S. democracies through her service on the National Task Force on Election Crises and as the former CEO of the Truman National Security Project.  As the founding CEO of the Truman National Security Project, she spent nearly a decade leading a movement of national security, political, and military leaders working to promote people and policies that strengthen security, stability, rights, and human dignity in America and around the world.  In 2011, former secretary of state Hillary Clinton appointed Kleinfeld to the Foreign Affairs Policy Board, which advises the secretary of state quarterly, a role she served through 2014.  Kleinfeld has consulted on rule of law reform for the World Bank, the European Union, the OECD, the Open Society Institute, and other institutions, and has briefed multiple government agencies in the United States and abroad.  She is the author of “Advancing the Rule of Law Abroad: Next Generation Reform,” which was chosen by Foreign Affairs magazine as one of the best foreign policy books of 2012.  She has also co-authored “Let There Be Light: Electrifying the Developing World with Markets and Distributed Generation.”

On this episode of “Story in the Public Square,” Kleinfeld says, “we seem to be in a moment in which global authoritarian forces are learning a lot from each other and are learning how to undermine more democratic systems.”  She adds, “as corruption has grown, it undermines people’s faith in their own systems, and they actually vote away their own democracies, because they feel like what they’re getting in terms of freedom, isn’t worth what they’re losing in terms of trust, and so on.”