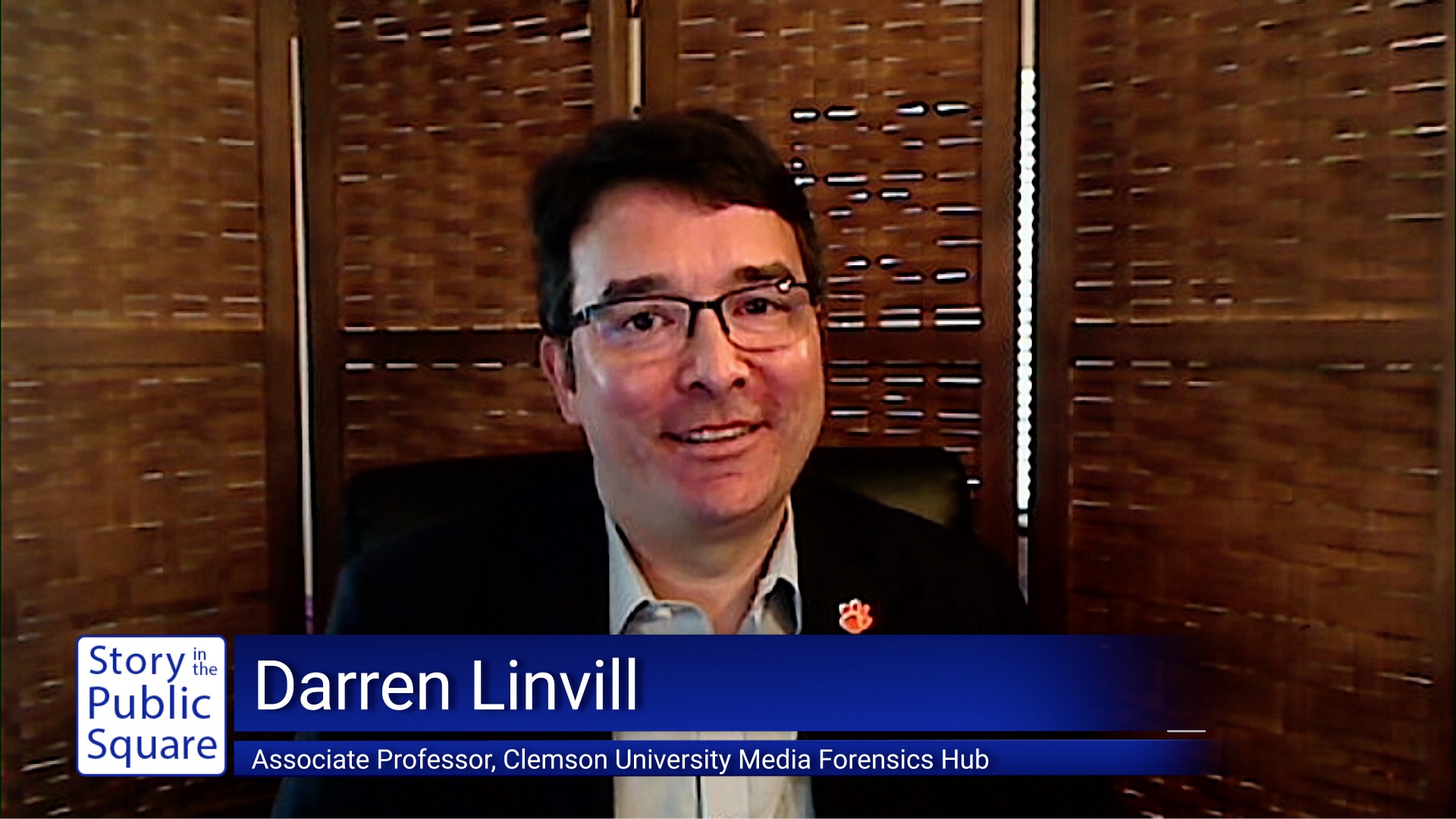 It’s been said that truth is the first casualty of war. As Russia wages its war in Ukraine, Darren Linvill sounds the alarm that social media, which has long had its own problems with the truth, is again a platform for Russian disinformation.

Linvill is a social media forensics expert and Associate Professor at Clemson University.  He investigates data messaging and the impacts of inauthentic behavior on social media networks, exploring the exploitation of trust and social capital in social networks.  He also examines misinformation and disinformation in the context of social media forensics and data monitoring.  He has collaborated with social media companies and government entities to expose fake accounts and counterfeit messaging.  Linvill’s research also examines social media users’ connections with troll farms or robots disguised as other users that disseminate propaganda to promote specific ideas and encourage actions or reactions.  Linvill uses the Social Media Listening Center at Clemson University to access data and monitor and analyze a range of topics including the spread of white supremacy to the influence of foreign states on American conversations.  In 2020, he and colleague Patrick Warren partnered with the Commission on Presidential Debates to monitor social media conversations around the debates and help safeguard the 2020 election.  They have also worked with Twitter and Facebook to suspend hundreds of social media accounts they have attributed to a range of bad actors, including the Russian Internet Research Agency.  Linvill has published many articles on misinformation and has been a contributor to the New York Times, the Wall Street Journal, the Washington Post, Bloomberg, Inside Higher Ed, The State, CNN, NPR, ABC, NBC, WFAE and others.

On this episode of “Story in the Public Square,” Linvill discusses his recent identification of several inauthentic networks operating on various social media platforms that have contributed to authentic user conversations supporting Russian President Vladamir Putin on the same networks through the Clemson University Media Forensics Hub.  He emphasizes how disinformation plays on human psychology—more specifically, the power of cognitive dissonance.  He says, “people want to believe what they’re already inclined to believe, [and] if you’re already inclined to believe something, it’s easy to pull you along in a slightly more extreme direction.”  He adds that social media leverages users’ anonymity to encourage them to focus on group identity rather than individual identity, “where it’s easier to get people to go along with what’s perceived as a norm.”