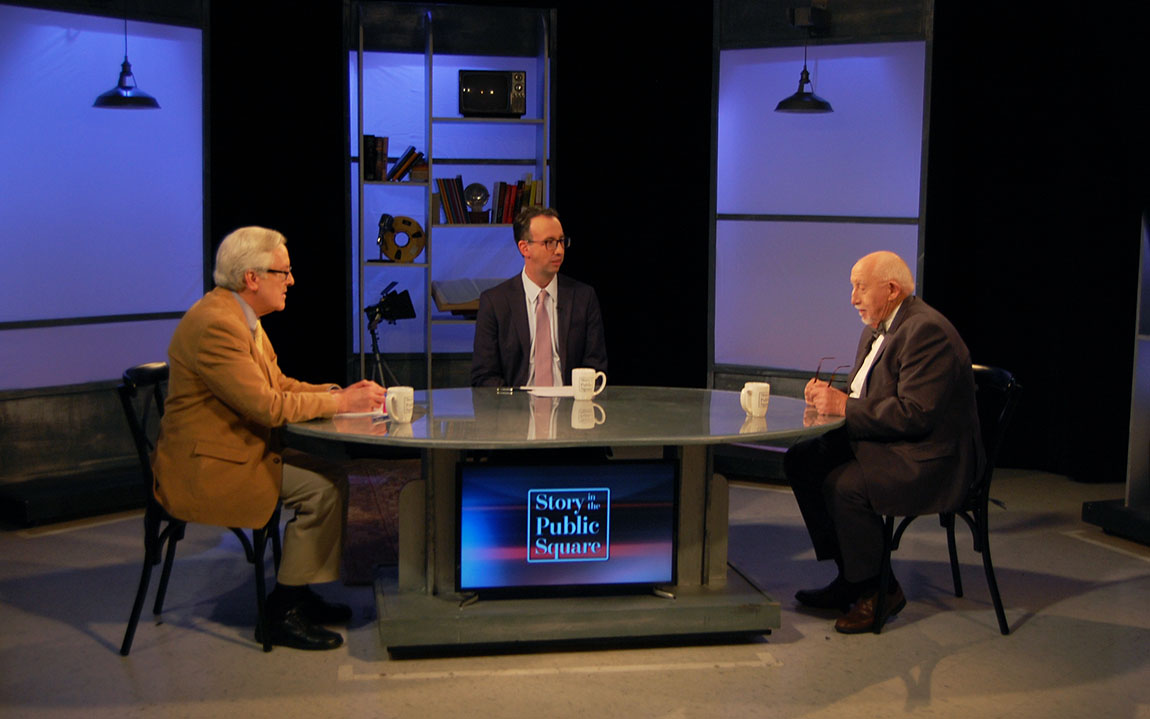 Llewellyn King is the creator, executive producer and host of “White House Chronicle,” a weekly news and public affairs program, airing nationwide on more than 200 PBS and public, educational and government (PEG) access television stations and the commercial AMGTV Network, and worldwide on Voice of America Television. Now in its 20th year on the air, “White House Chronicle” episodes can also be viewed on the program’s website or on Vimeo.

King’s remarkable career in journalism began in Southern Rhodesia, now Zimbabwe, where he was hired (at age 16) as a foreign correspondent for Time magazine. He also reported from Africa for London’s Daily Express, News Chronicle, and United Press.

In addition to broadcasting, King writes a weekly column for the InsideSources Syndicate. Previously, his column was distributed by the Hearst-New York Times Syndicate and Knight-Ridder Newspapers. Over the years, King’s insightful reporting and analysis of the energy industry led to frequent guest spots on TV news shows, including NBC’s “Meet the Press” and PBS’s “The NewsHour with Jim Lehrer,” and on CNN.