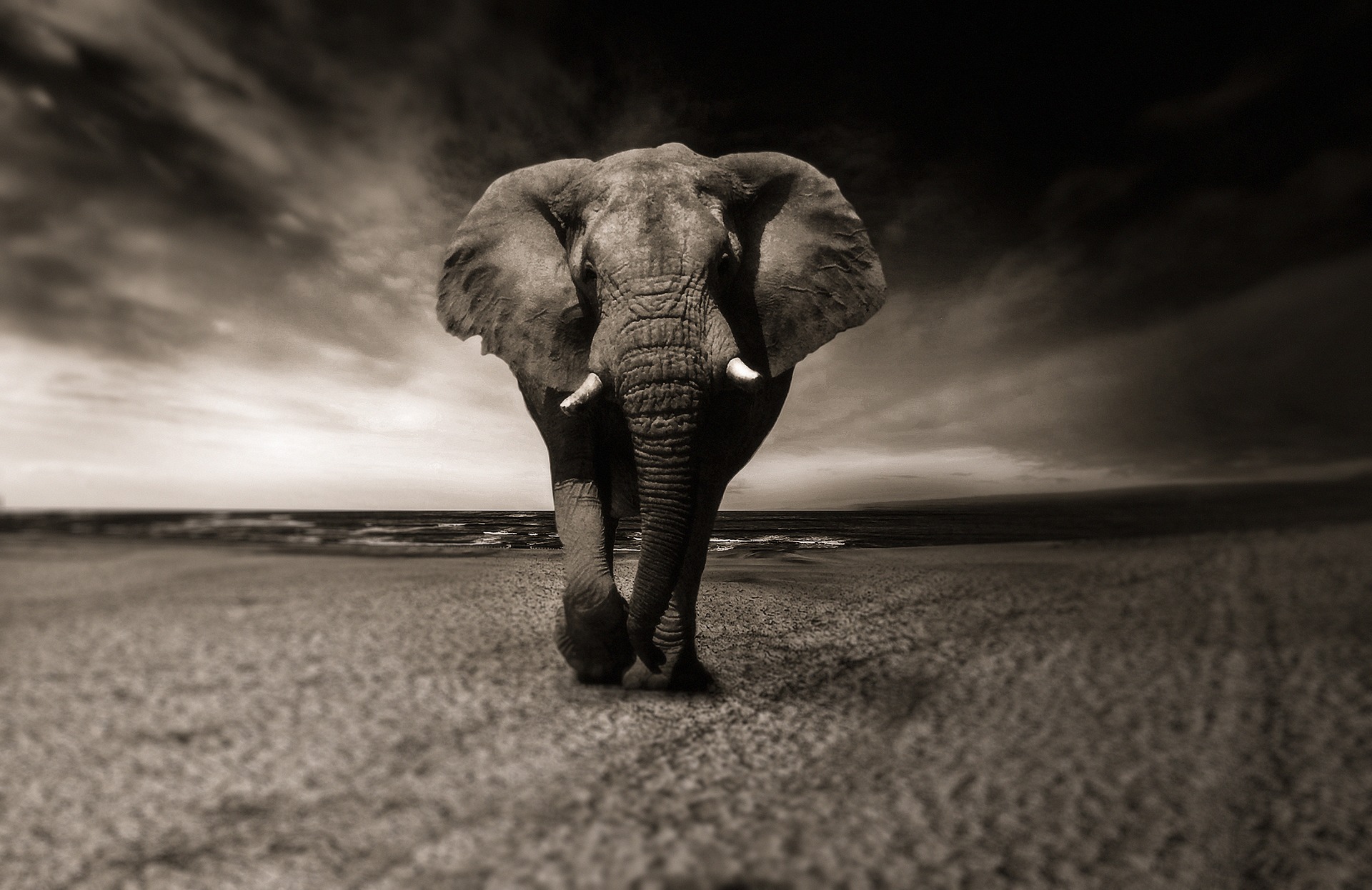 In the late 1990s, juvenile elephants were killing white rhinos in the game preserves in South Africa. Park rangers were mystified. As they grappled with what to do—including killing several of the offending elephants—the rangers stumbled on a thought: the juvenile elephants had been culled from their original herds and released into new parks without being socialized by older elephants. In effect, they hadn’t learned how to behave properly as elephants. So the rangers introduced some fully mature bull elephants into the parks—and they got the juveniles into line and the young elephants stopped killing white rhinos.

I love this story because it’s true and because it works as a metaphor on so many levels.

In my own career, I have been blessed to have great mentors—I’ll decline the temptation to call them bull elephants—people to show me the ropes, to encourage me, to offer criticisms. Literally in every job I’ve had, I’ve had mentors: as a defense policy analyst; as a journal editor; as a non-profit executive. When I worked in the U.S. Senate, one of my jobs was to manage constituent requests for defense appropriations—earmarks as they have been called—and that’s not a skill I developed while getting my doctorate.

But I had a colleague on the Senator’s staff who knew how to blend a desire to help constituents with a hard-nosed sense of what the nation needed. He showed me how to conduct a constituent meeting; when and how to push back when constituents were being unreasonable; how to manage expectations; how to deliver good news and bad news; how it never helped to sugar-coat the bad; how to work with appropriations staff members, and so forth. And even after I thought I had it all figured out, I always found value in sitting down with him to talk and to learn. There is always more to learn.

Especially in launching “Story in the Public Square” we’ve benefited from the support of mentors. Perhaps none more so than Llewellyn King.

In the summer of 2016, he gave us 6 episodes of his show, “White House Chronicle” to use as a test bed for “Story in the Public Square.” We had already failed at producing a couple of pilots the year before, but Llewellyn lent us his crew, his set, and his distribution networks so we could learn how it was done. As a result, the first six episodes of “Story in the Public Square,” were really special editions of “White House Chronicle.”

In an industry that has a reputation for being cut-throat and mean, Llewellyn King was gracious, and generous with his time and spirit. Whenever I see him, he still is.

Interestingly, one of the things we talked about in taping an episode of “Story” with Llewellyn was the crop of new, young Democratic members of the House. Llewellyn is very impressed by the raw talent that some of these members exhibit, but he thinks they have more work to do to really learn their craft. In other words, they need some seasoning—some mentoring, if you will.

Former Senator John Warner once lamented to me and another staffer on the margins of a dinner that the Senate no longer had a formal mentoring program for its freshmen members. I don’t know if that’s still the case, but he reminisced about learning the way the institution works from former colleagues who had been in the Senate, and understood that you may need someone tomorrow who is against you today.

That’s where Llewellyn King’s sense of young members of congress needing to work at their craft is most apt. Young members, full of idealism and the courage of their convictions, may be tempted to call out members of the other party—or even their own party. We’ve seen some of that already, but we’ve also seen established members like Elijah Cummings tell everyone to calm down.

Legislative success isn’t often the result of persuading others of the rightness of your views, it’s not about winning arguments or scoring points. Legislative success is the result of finding common ground on things you want to get done. Poisoning the well with invective and insults and personal attacks is a sure-fire way to make sure you accomplish very little as a legislator.

Essentially, we’re talking about civility. There are some who will greet it with scorn and frustration. But civility doesn’t cheapen debate; civility makes productive debate possible. That’s what good mentors would tell freshman members of the House and Senate, regardless of their party.