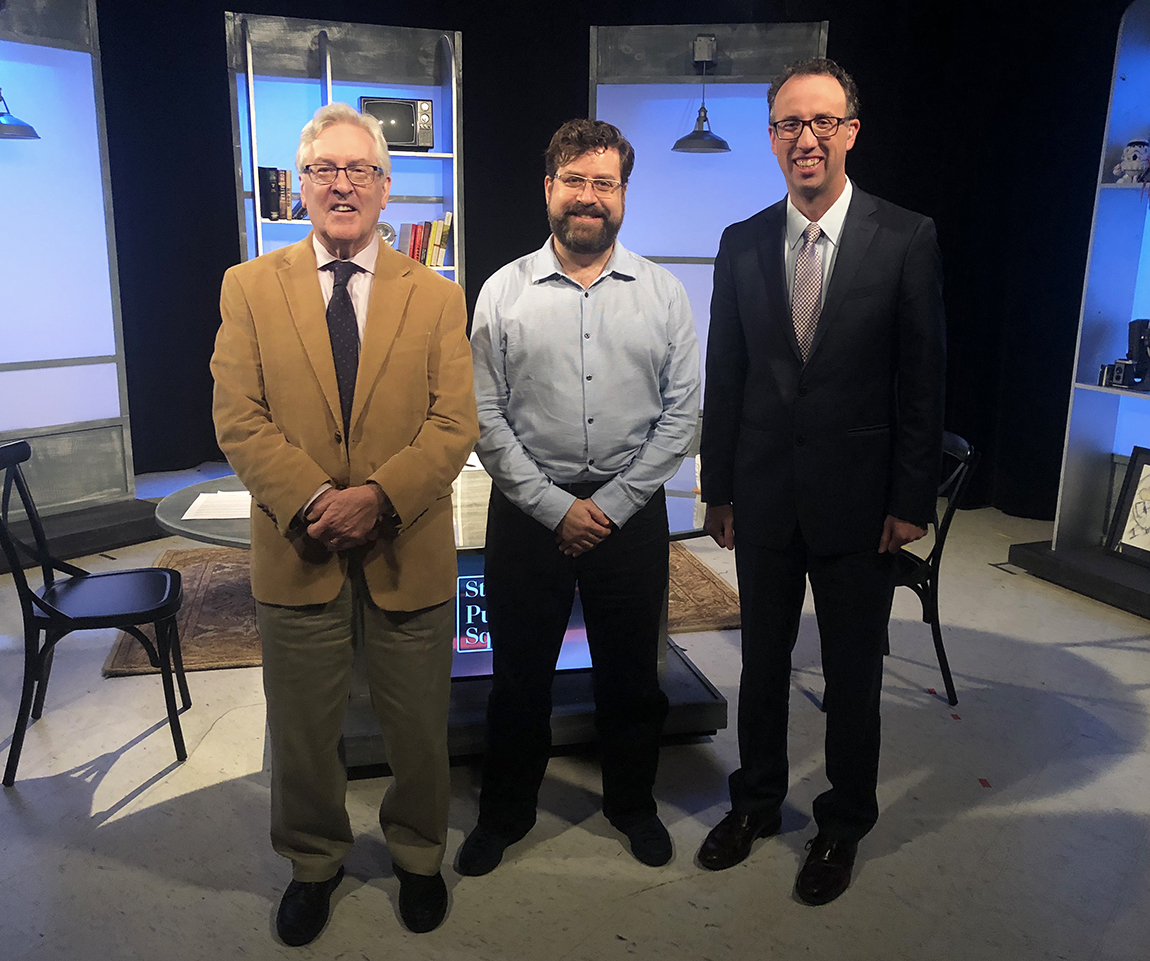 For decades, Hollywood films and science fiction writers have told us ominous stories about the future dangers of killer robots and artificial intelligence. Peter Asaro warns that machines lack the essential human qualities required for operating weapons systems—and he’s working to ban them from doing just that.

Dr. Peter Asaro is a philosopher of science, technology and media. His work examines artificial intelligence and robotics as a form of digital media, the ethical dimensions of algorithms and data, and the ways in which technology mediates social relations and shapes our experience of the world.

His current research focuses on the social, cultural, political, legal and ethical dimensions of robotics and artificial intelligence, from a perspective that combines media theory with science and technology studies. He has written widely-cited papers on lethal robotics from the perspective of just war theory and human rights. Dr. Asaro’s research also examines agency and autonomy, liability and punishment, and privacy and surveillance as it applies to consumer robots, industrial automation, smart buildings, and autonomous vehicles. His research has been published in international peer reviewed journals and edited volumes, translated into French, German, Korean and Braille, and he is currently writing a book that interrogates the intersections between advanced robotics, and social and ethical issues.

Dr. Asaro has held research positions at the Center for Information Technology Policy at Princeton University, Center for Cultural Analysis at Rutgers University, the HUMlab of Umeå University in Sweden, and the Austrian Academy of Sciences in Vienna. He has also developed technologies in the areas of virtual reality, data visualization and sonification, human-computer interaction, computer-supported cooperative work, artificial intelligence, machine learning, robot vision, and neuromorphic robotics at the National Center for Supercomputer Applications (NCSA), the Beckman Institute for Advanced Science and Technology, and Iguana Robotics, Inc., and was involved in the design of the natural language interface for the Wolfram|Alpha computational knowledge engine for Wolfram Research–this interface is also used by Apple’s Siri and Microsoft’s Bing to answer math queries, and won two 2010 SXSW Web Interactive Awards for Technical Achievement and Best of Show.