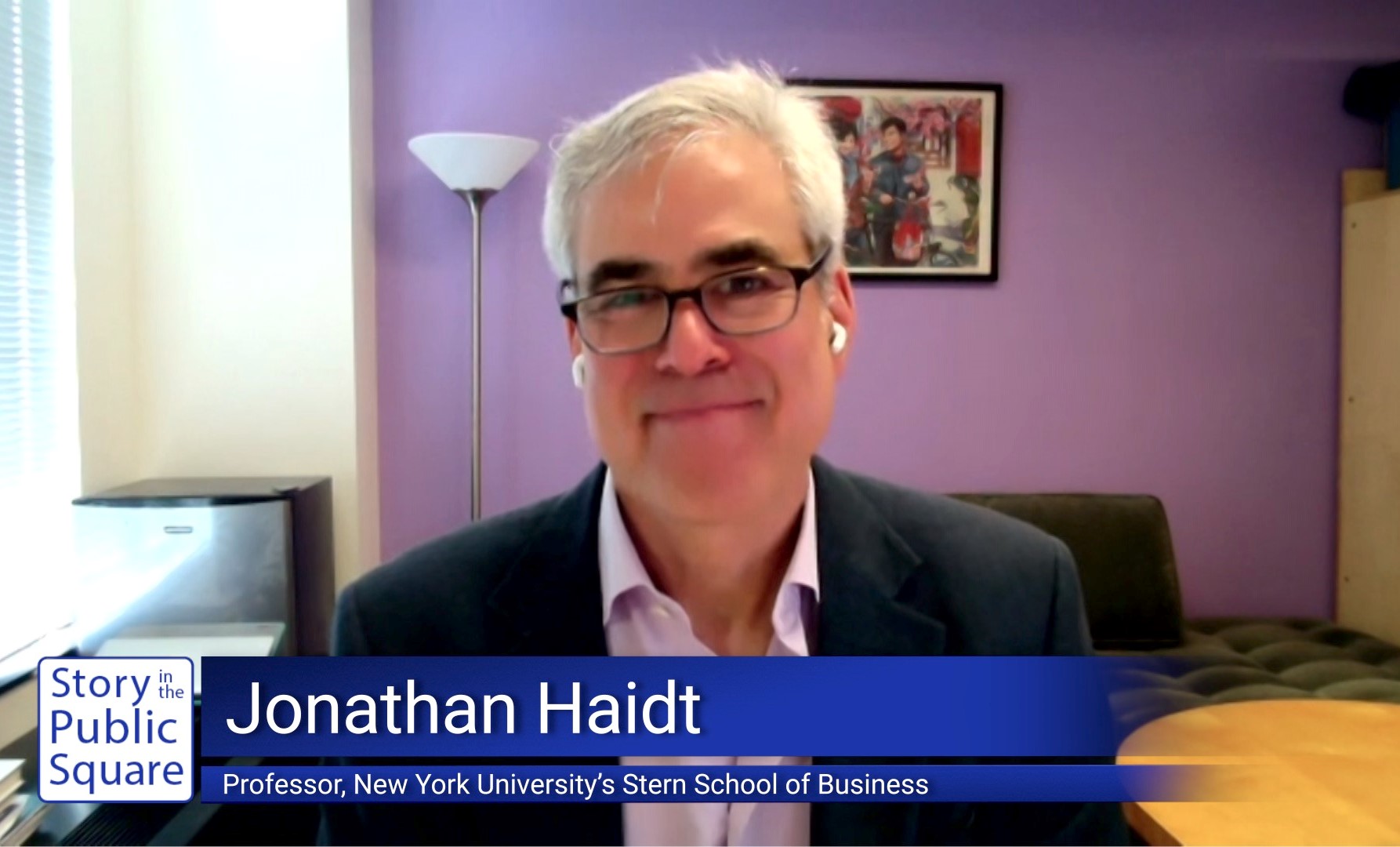 The long arc of history bends towards greater and more complex levels of cooperation.  But Jonathan Haidt says that over the last 10 years American society has become ever more fragmented—all thanks to the rise of social media.

Haidt is the Thomas Cooley Professor of Ethical Leadership at New York University’s Stern School of Business and a social psychologist whose research focuses on morality and its emotional foundations, cultural variations, and developmental course.  He began his career studying the negative moral emotions, like disgust, shame, and vengeance, then to the understudied positive moral emotions, such as admiration, awe, and moral elevation.  As the co-developer of Moral Foundations Theory, and of the research site “YourMorals.org,” where he uses his research to help people understand and respect the moral motives of people with whom they disagree.  At NYU-Stern, he is applying his research on moral psychology to business ethics, asking how companies can structure and run themselves in ways that will be resistant to ethical failures.  Haidt was named a “top 100 global thinker” in 2012 by Foreign Policy magazine, and one of the 65 “World Thinkers of 2013” by Prospect magazine.  He is the author of “The Happiness Hypothesis: Finding Modern Truth in Ancient Wisdom,” “The Righteous Mind: Why Good People are Divided by Politics and Religion” and “The Coddling of the American Mind: How Good Intentions and Bad Ideas are Setting Up a Generation for Failure,” two of which were New York Times best sellers.

On this episode of “Story in the Public Square,” Haidt describes his work around social media and its many implications to our public and political lives today.  He adds, “The odds are that 50 years from now, things will be a lot better, and the technology could end up giving us the best democracy ever.  For now, this new technology is breaking almost everything and social media in its present form is very good at tearing things down, but it’s just not good at building things.”