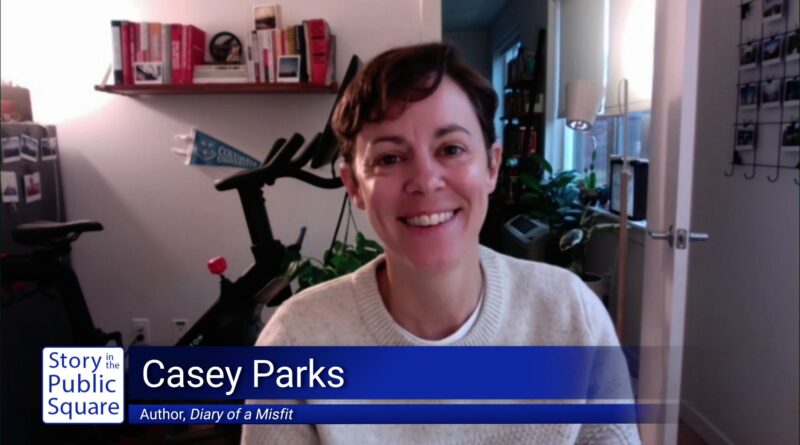 Some mysteries are never solved, but Casey Parks says some, like the one she writes about, can shed light on profound questions of gender and identity and fundamental questions about how we treat each other as human beings.

Parks is a reporter on the social issues team of the Washington Post. Throughout her career as a journalist, she has focused on stories about the LGBTQ+ community and other marginalized groups. In 2015, her story “The Pact” won first place for “Personalities” from Reporting Society of Professional Journalists, second place for Diversity Reporting for the C.B. Blethen Award and was a finalist for the Livingston Award for Young Journalists. The piece detailed the journey of Kofe and Taumoe’anga, two Polynesian immigrants living in Portland, deciding between playing collegiate football and serving as missionaries for the Mormon church. “About a Boy,” Parks’ three-part series detailing the life of a transgender boy living in Washington state, was awarded third place for Explanatory Reporting in the Best of the West, second place in the National Headliner Awards for a News Series and first place by the Society for Professional Journalists for Comprehensive Coverage in 2018. Parks served as a Spencer Fellow for education reporting at Columbia University. Her pieces on education in the South have appeared in New Yorker, the New York Times Magazine and USA Today, among others. Her book “Diary of a Misfit: A Memoir and a Mystery” Parks’ reflection on her life as a gay woman from a Southern family, was published this year.

On this episode of “Story in the Public Square,” Parks explains the multi-year process of reflection into her relationship with her family and her Southern roots that went into “Diary of a Misfit.” She discusses her surprise when she was readily accepted by her grandmother when she came out. Parks’ grandmother told her about Roy Hudgins, a boy she knew when she was a child. Hudgins was a trans man with a lot of mystery surrounding his life who Parks decided to learn more about. Parks says that if she could speak to Hudgins she would say, “there are other people like you, and your story is going to mean a lot to people” and “you’re not a misfit.”