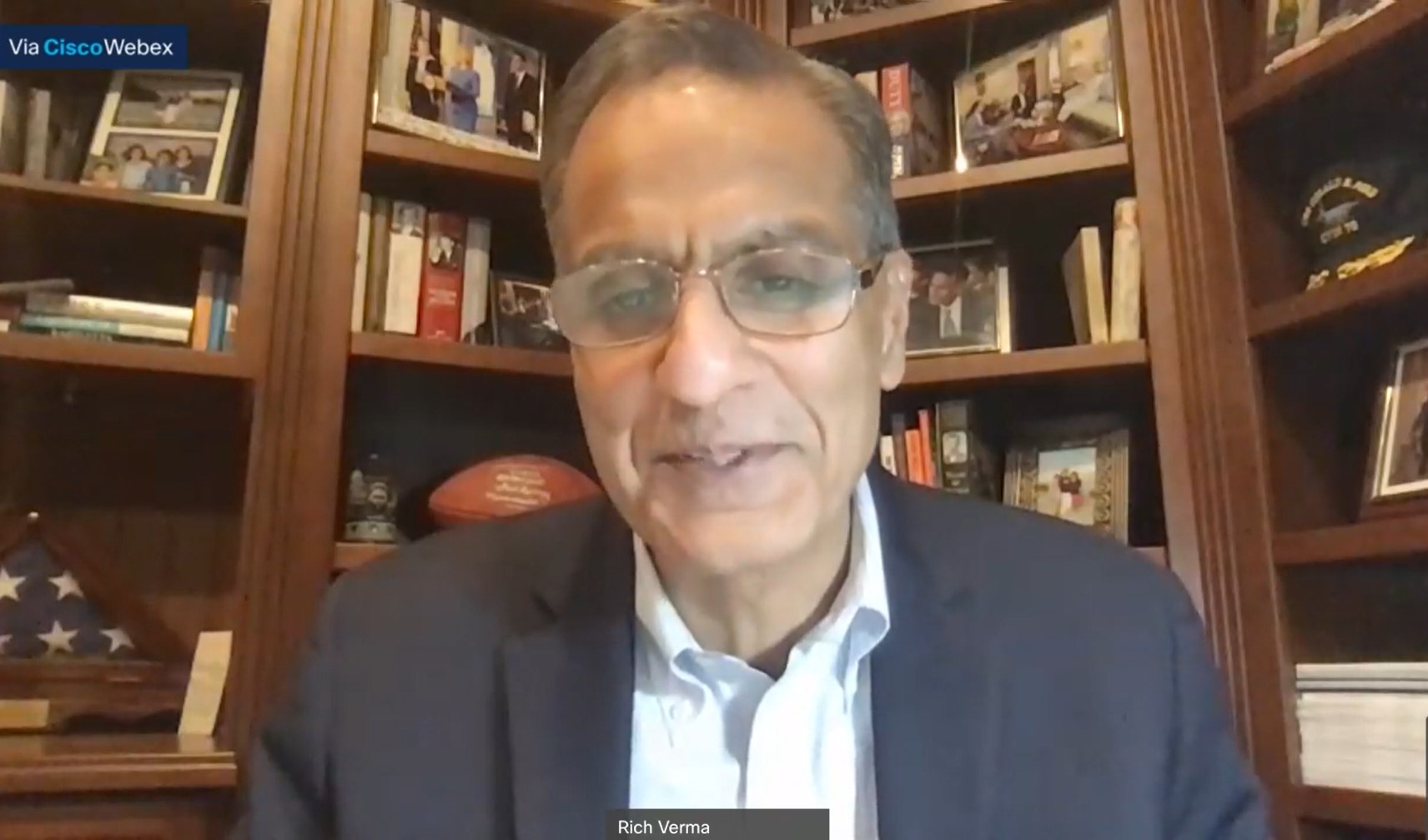 The relationship between the United States and India has long been complicated. On March 3, 2020, Salve Regina’s Pell Center Executive Director Dr. Jim Ludes hosted Ambassador Richard Verma, who served as the U.S. Ambassador to India during the Obama administration.  Verma addressed the current relationship between the U.S. and India, India’s role in global and regional affairs, and how the Biden administration might approach India on everything from China to free trade.

Verma describes India as an exciting place, albeit the challenges it faces, and said India is a country “that is experiencing dramatic transformation, saying it would be beneficial for world powers to partner with India in the coming years. As for where the country stands politically, it is clear both the U.S. and India had similarities in their rise to prominence. Verma explained why personal relationships in foreign policy are important, mentioning Prime Minister Modi and former President Obama’s strong working relationship.

“We want an India that plays a very active role in the international stage,” Verma said in response to how the U.S. hopes to work with India. He said Prime Minister Modi would like India to become a major world power in the world, but it is hard to know when they will be able to achieve that. For so long, India has focused on domestic issues, but the U.S. sees that India is on a promising path.

When asked about India’s relations with Russia and China, Verma firmly believes that history matters. He adds, “[r]ight after World War II, Russia was not really an adversary of the United States and [it] was not really a close friend [or] partner of India.” Verma explains how Nixon had very negative feelings toward India, is this what set the future, and Russia and India grew a stronger connection. Today, India’s connection to Russia is not as strong as it once was. The United States and Russia are in this battle for fighting for a stronger partnership with India, however, it is something to understand that Russia and India already have that old connection as well. It is a worry that since India purchased advanced Technology from Russia that it may set the United States back in this regard.