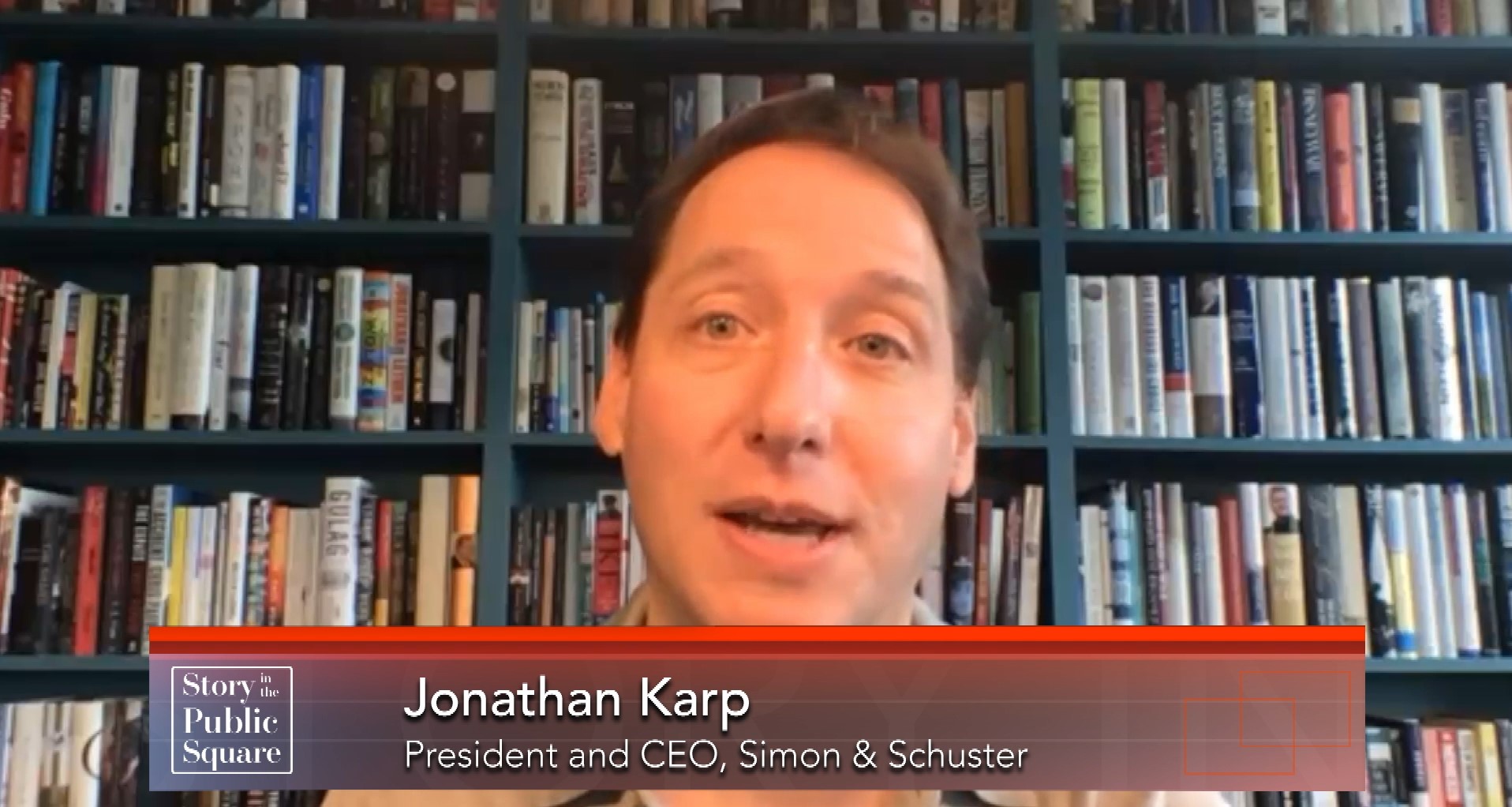 Books have always seemed like self-contained worlds to me.  Pick up a book, and you can transport yourself to any time in history—or the future. Delve into the mystical or the romantic.  Books help us to open our minds and our hearts, and over the last 30 years, Jonathan Karp has put more of those books into hands than just about anyone else.

Jonathan Karp has been president and CEO of Simon & Schuster since May 2020. He joined Simon & Schuster in June 2010 as publisher of their flagship imprint and was promoted to president and publisher of Simon & Schuster Adult Publishing in 2018.  Karp worked briefly as a reporter for The Providence Journal and then The Miami Herald before being hired in 1989 by Random House.  He worked there for 16 years, rising to editor-in-chief of the Random House division.  He moved to Hachette Book Group in 2005, where he founded the Twelve imprint.  There, Karp published the acclaimed bestselling works, “True Compass” by Edward M. Kennedy, “God Is Not Great” by Christopher Hitchens, and “War” by Sebastian Junger.  Since joining Simon & Schuster, Karp has overseen the publication of “Steve Jobs” by Walter Isaacson, “What Happened” by Hillary Clinton, “Fear” by Bob Woodward, “Frederick Douglass” by David Blight, the winner of the 2019 Pulitzer Prize in History, “Born to Run” by Bruce Springsteen, “In One Person” by John Irving, and “The Library Book” by Susan Orlean.

On this episode of “Story in the Public Square,” Karp says the increase in book sales is one of the strange ironies of the pandemic.  “Obviously it’s been a time of great hardship and suffering for a lot of people […] a lot of them are looking for comfort, or guidance, or escape, and they’re buying books.”  He adds the pandemic has been a time where many readers have gravitated toward what is familiar to them, driving back-list sales up. “[A] lot of our best-known titles are selling better than ever, so the book business is actually very healthy right now.”  With about two thousand books being published at Simon & Schuster each year, Karp says it is their responsibility to make sure each of those books finds its audience.