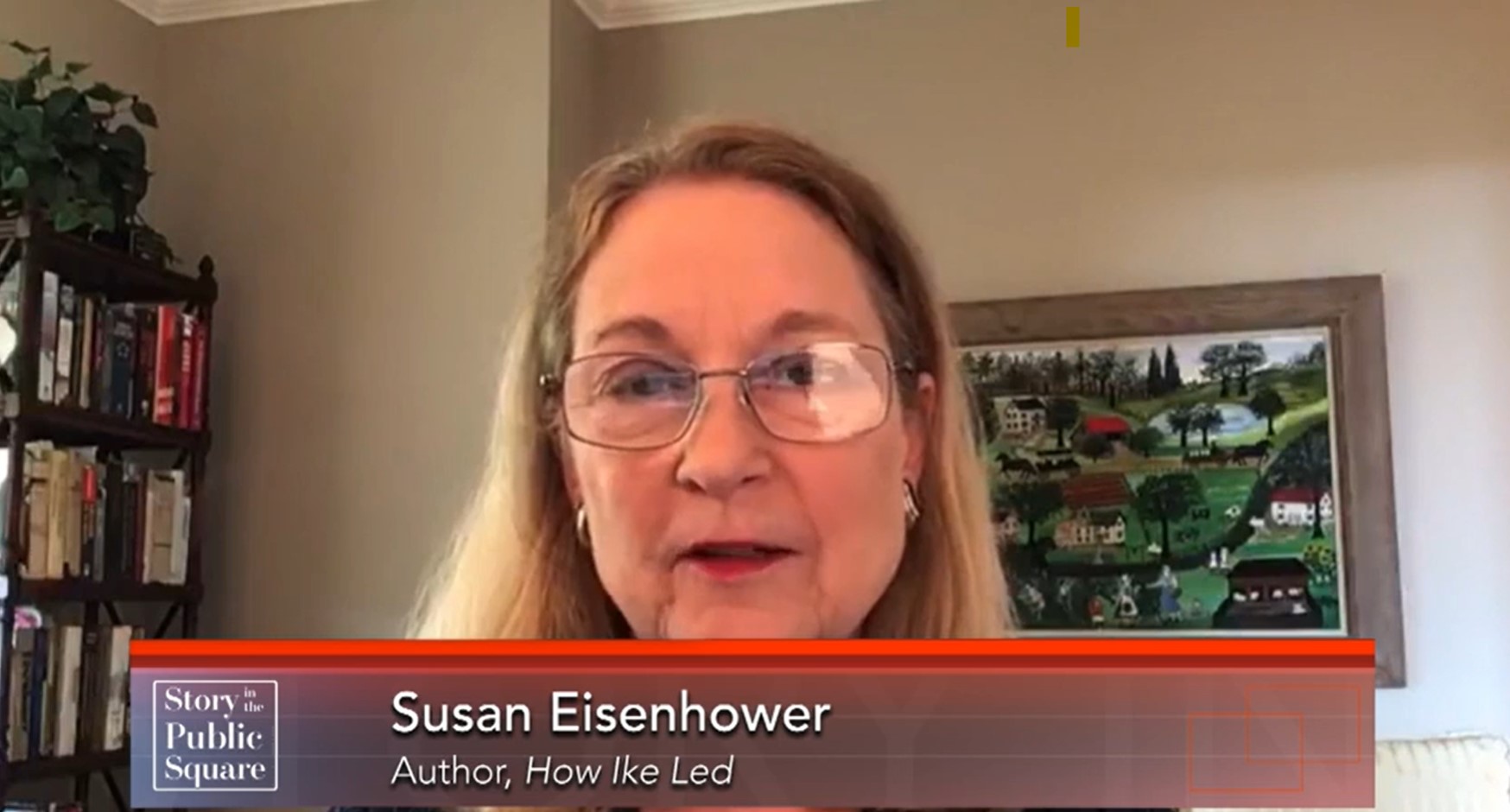 In the pantheon of American presidents, perhaps none was better prepared for the job than Dwight D. Eisenhower.  Susan Eisenhower shares with us the principles that guided Ike in war and in peace.

Eisenhower is the CEO and Chairman of The Eisenhower Group, Inc., a Washington D.C. based consulting company founded in 1986, which has provided strategic counsel on business development, public affairs and communications projects for more than twenty-five years.  She is the Chairman Emeritus at the Eisenhower Institute of Gettysburg College, where she served as president twice.  She has also had a distinguished career as a policy analyst and has been a Fellow at Harvard’s Institute of Politics and a Distinguished Fellow at the Nixon Center, now the Center for National Interest.  She is the author of the recently published biography, “How Ike Led: The Principles Behind Eisenhower’s Biggest Decisions.”  In addition to “How Ike Led,” Eisenhower has written four trade press books, two of which were on regional best seller lists and has co-authored or co-edited four other books on international security issues and has authored hundreds of op-eds for newspapers such as the Washington Post and the LA Times.

On this episode of “Story in the Public Square,” Susan Eisenhower describes the guiding principles and depth of experience President Eisenhower drew from throughout his life.  She adds that leading the way her grandfather did was a conscious decision on his part.  “I think we were lucky that we had a military man who was arguably the most nonpartisan president we’ve had since certainly the 20th Century. He put his country first. And we should remember that and strive for it.”