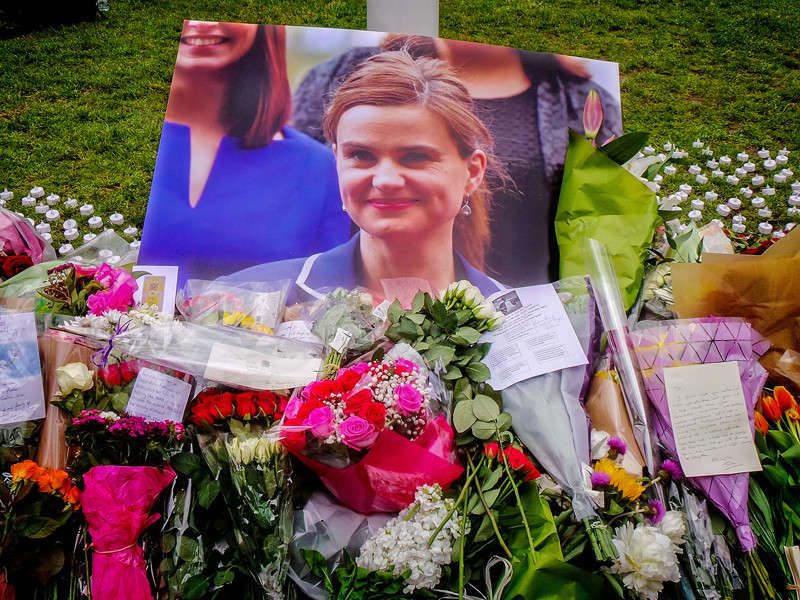 The flames of political passion are burning white-hot.  Some have questioned the survival of the nation.  Others have said the stakes cut to the core of a people’s identity.  For some, it’s a choice between an open, inclusive society and the preservation of self.  For others, it’s a lose-lose proposition where neither choice is really palatable.

That’s not a description of the U.S. presidential campaign.  It’s a characterization of the United Kingdom’s referendum over whether to leave the European Union (EU), also known as “Brexit.”  The parallels are at once both eerie and sobering because the United Kingdom appears to have just suffered an instance of political violence stemming from an overheated political process.

On Thursday, June 16, 2016, Jo Cox, a 41-year old mother of two young children and Member of Parliament, was killed by an assailant who reportedly shouted “Britain First” as he shot, stabbed, and kicked her.  “Britain First,” according to various media accounts, is the name of a far-right British anti-immigrant/anti-Muslim organization.  Cox would have been their worst nightmare: young, a rising star in Labour politics, a dedicated champion for the world’s refugees, and an advocate for the United Kingdom remaining part of the EU.

Meanwhile, in the United States, the Republican Party’s likely nominee for president suggested in multiple media interviews and on social media that President Barack Obama has a hidden agenda and may even sympathize with ISIS.  A self-proclaimed religious leader says the massacre in Orlando is a problem for “liberals” who love both homosexuals and Islamic extremists.  His advice: “let them kill each other.”  Perhaps it’s not surprising that this all comes years after far too many educated Americans whispered questions regarding President Obama’s faith and country-of-birth.

For some, this is just politics, cynically but determinedly practiced.  But for others, this is life and death, the fate of nations, the summons of history—and that is why the rhetoric we use in our politics is so important.

Listen to the voices from across the Atlantic and imagine them with American accents after some future political violence visits our shores.  The environment is “increasingly toxic,” we’d lament:

When you shout ‘breaking point’ over and over again, you don’t get to be surprised when someone breaks.  When you present politics as a matter of life and death, as a question of national survival, don’t be surprised if someone takes you at your word. You didn’t make them do it, no, but you didn’t do much to stop it either. —Alex Massie, Spectator Magazine

But sadly, these aren’t imaginings, these are verbatim quotes given in recent days as a great democracy suffers the shock and horror of political assassination.

In all my years of study and practice, I’ve learned this: leadership matters.  Leaders can turn a room, a crowd, a town, a country.  Leaders can lead a people to war or put a man on the moon.  And in the months ahead, we can reflect either the better angels of ourselves, or we can look forward to a bleak and terrifying campaign season hoping that, day by day, no one finds their “breaking point” in the morning’s headlines. – Executive Director Jim Ludes