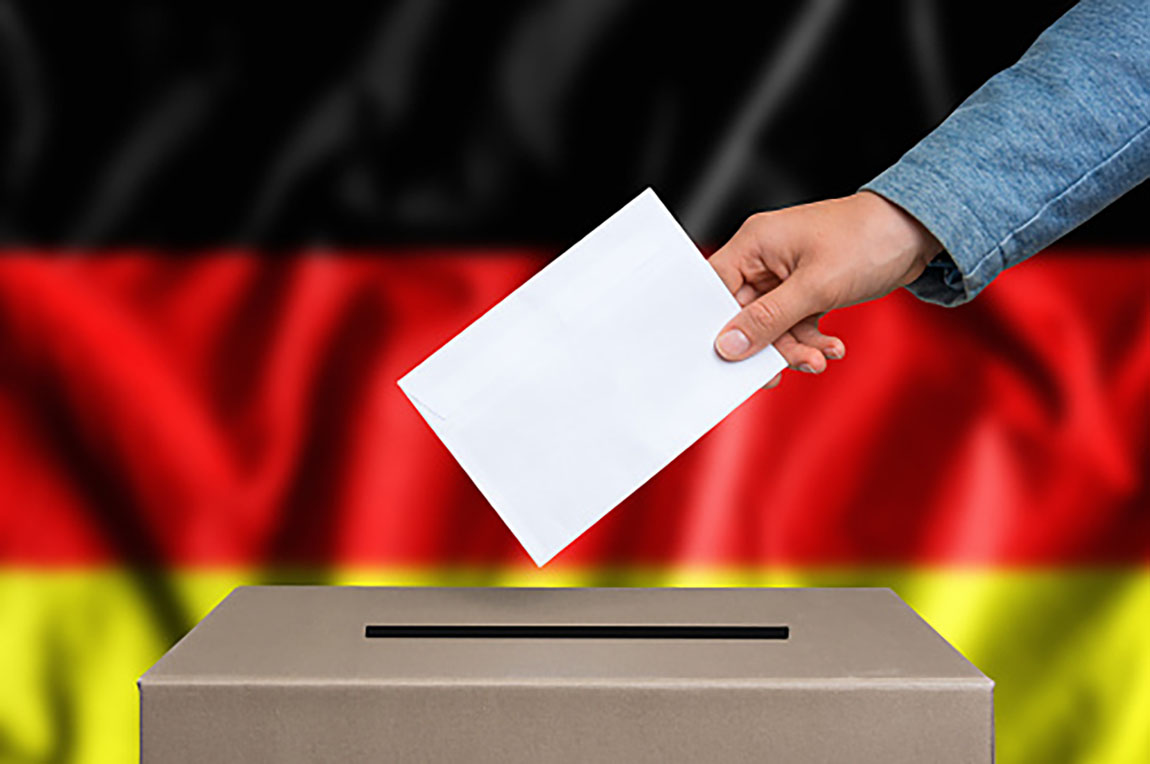 “After the Election, Germany’s Democracy Faces its Hardest Test Since 1949” | The Washington Post

“Revenge of the East? How Anger in the Former GDR Helped the AFD” | The Guardian

“A Jamaica Germany is Good for Europe” | The Financial Times

This week, Chancellor Angela Merkel secured her fourth term in office, prolonging her already extended reign (11 years) as the European Union’s longest serving leader. The aura of her victory, however, was immediately dimmed by the unprecedented number of votes accorded to the far right, and by the relatively poor performance of Germany’s two big-tent, mainstream parties, the CDU/CSU, and the SPD. Although commentators had pointed to the rise of the far right in the weeks leading up to the election, few had predicted that close to 13% of the population would opt to vote for the Alternative fur Deutschland (AFD) party, according its representatives 94 seats in the new parliament.  As my former colleague Constanze Stelzemuller forlornly noted, “a radical right wing party entered the (German) federal legislature for the first time in half a century.” The AFD, she notes, is a “party bent on disruption and destruction. It seeks to tear down my country’s postwar centrist consensus, its postwar commitment to atonement for World War II and the Holocaust, and reconciliation with their victims. Its program is nationalistic and xenophobic, anti-European integration, anti-NATO, anti-Western, anti-Muslim, and overtly pro-Russian.” Interestingly, much as in the U.S. during the 2016 election, or in the U.K. during the Brexit campaign, there is a clear geographic aspect to the AFD vote, with many of its voters residing in the more socio-economically desolate areas of the ex-GDR, in East Germany.

Chancellor Merkel now also finds herself compelled to operate at the head a rather unwieldy-looking coalition—nicknamed the Jamaica collation for the colors of the respective parties, which resemble the Caribbean country’s flag—composed of her own Christian democrats, the FDP, and the Greens. In the Financial Times, Guntram Wolff from the Bruegel Institute argues, somewhat counterintuitively, that this may be a good thing. A Jamaica coalition, he notes, would not be a “Eurosceptic government,” although the parties differ over issues such as debt relief and fiscal austerity. Moreover, such an eclectic grouping may actually have a positive effect on the domestic economy, with a revived focus on environmental issues, tax reduction, and digitalization.

The real question for outside observers, however, is how this mixed result will effect Germany’s foreign and defense policy. This week, French President Emmanuel Macron gave a landmark speech on European defense cooperation. In an excellent piece for Carnegie Europe, Daniel Zeohane writes that “Macron’s main military objective is to enable Europeans to act autonomously when needed, complementing NATO’s territorial defense role with a European capacity to intervene abroad, particularly to the south of Europe.” The hyperactive French leader has put forth a number of suggestions—some of which are extremely ambitious—to revitalize European defense cooperation at a time when the U.S. is perceived as intent on reducing its overseas security commitments. “Most EU governments,” notes Keohane, “are instinctively Atlanticist on military matters. Macron wants to strengthen their European intuition.”

With Brexit, France will become the leading military power in the European Union. There is a true opportunity, therefore, for a rebalancing of the Franco-German axis, with the French leading on security issues, and the Germans providing economic leadership. The question going forward, however is whether an internally weakened Angela Merkel will as keen, or able, to promote such grand visions of European strategic unity.