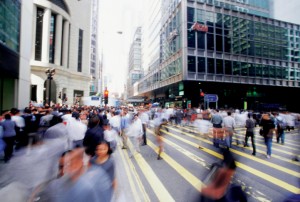 A new collection of studies published by the American Meteorological Society (and reported on in the New York Times and elsewhere) includes several that draw causal links between global warming and specific extreme weather events – particularly, damaging and deadly heat waves in Australia last year. In short, thanks to new analytical techniques, scientists are finally able to say that changes in the global climate are responsible for particular weather events. This new science of “attribution” is based on using computer models to assess the probability of the events happening with and without the climate changes that scientists say are caused by creating a thicker and thicker blanket of carbon dioxide (and other gases) in the atmosphere. In the case of the Australian heat, five different scientific teams concluded that the very hot summer of 2013 would not have happened in the absence of human-caused climate changes. Up until recently scientists have typically been very careful not to state this kind of causal link, but as the scientific and mathematical tools progress, we can expect more of these links to be drawn, and we will start hearing more sentences like “global warming caused Event X.” – Joseph Grady, Senior Fellow for Public Policy

The Potential for a Very Ugly Outcome in Hong Kong

You’ll be forgiven if the news these days is enough to make you ashen.  Russia has invaded Ukraine and is starting to use the same irredentist rhetoric about its Baltic neighbors who are also NATO members.  ISIS continues to capture Syrian cities and Iraqi military bases despite U.S. and allied airstrikes.  Ebola has been diagnosed in a patient in the United States after he was sent home after first presenting in a Dallas emergency room.  Even the Secret Service is in disarray.

But my anxiety about the world is focused on Asia where thousands upon thousands of people have taken to the streets of Hong Kong to stand up for basic human rights.  With memories of what the Chinese regime did to its own children in Tiananmen Square a generation ago, the stakes for Hong Kong’s democracy protestors could not be any higher.

This is, in a word, China’s nightmare—and the Chinese Communist Party is doing everything it can to limit the information available about events in Hong Kong to other parts of China and discredit the protestors whenever they can.

The one card we have yet to see China play, however, is an appeal to Chinese nationalism.  Historically, regimes have used reference to external threats and cooked up confrontations to reinforce regime authority.  With China already engaged in simmering territorial disputes, it passes the “Tom Clancy Test” to imagine some provocative movement in the waters around China in order to focus public attention away from protestors in Hong Kong and onto some confrontation with an historic enemy.

At least that’s what leapt to my mind when I read that the American Deputy Secretary of Defense, Robert Work, publicly reaffirmed that the United States would honor its defense commitments to Japan if tensions with China over the Senkaku Islands produced a violent clash.  That’s not a boast—that’s U.S. policy in an increasingly competitive region of the world where the U.S.-Japanese alliance is the cornerstone of America’s defense posture.

Keep an eye on Asia.  While we can worry about a lot of the news this week—including news from our own shores—in Asia, street protests, regime anxieties, and historic animosities have the potential for a very ugly outcome.- James Ludes, Executive Director