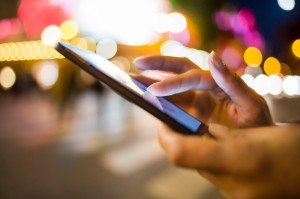 How Safe Can Apple Pay Really Be? | Gizmodo

Apple finally unveiled its latest smartphone—the iPhone 6—and its much-anticipated Apple Watch this week. While the first outside look at these products may be big news, the biggest story of all may be what’s inside the devices. From a cybersecurity perspective, all eyes are on Apple Pay.

Apple Pay—a new mobile-payments system that will allow consumers to make purchases using their phones or watches—promises to “revolutionize how we spend money” with a safer, easier way to make payments. Apple CEO Tim Cook has argued that Apple Pay solves the security holes in our existing transaction system and that it won’t store any payment information on the devices or on Apple’s servers. Security experts, however, have been cautious and have issued warnings about possible vulnerabilities and still unknown aspects of this new system. Given the recent security breach in which hackers were able to steal private photos from celebrities that were stored on Apple devices or servers and that Apple’s devices are enormously popular, it’s clear that Apple Pay will be a magnet for hackers and cyber criminals of all stripes.

The bottom line is that hackers are forever on the lookout for clever ways to steal financial information, and Apple’s new technology, despite its touted security features, still relies on a knowingly vulnerable infrastructure—the Internet. That being said,  Apple Pay does look more secure than most of the other payment options available to consumers, including credit and debit cards (see articles above for more on Apple Pay’s innovative security features). The recent breaches at Home Depot or Target should dispel any myths regarding credit card security. But the point is that when data is transferred from one location to another, there is always the risk that it can be intercepted and exploited en route. So, what’s the hardest payment method for hackers to intercept? That’s easy: good old paper money! As Gizmodo puts it, cash is “as secure as the tightness of your grip on a dollar bill, when someone’s trying to yank it out of your hand.”—Francesca Spidalieri, Fellow for Cyber Leadership

Remarks by the President at the United States Military Academy Commencement Ceremony (May 28, 2014)

Almost twenty-four hours have passed since the President’s address to the nation on Wednesday night outlining his strategy to counter the threat posed by ISIS.  The pundits are in full-bloviate mode and some are making more sense than others.

Amidst all that hot air, however, I was reminded of a publication that was a regular go-to when I wrote papers in high-school: Vital Speeches of the Day.  In the time before google and websites, VSOTD gathered important speeches and published the transcripts for all the world to read in magazine form.  I always aspired to have one of my own speeches appear in the publication.

So for everyone who has had enough of the pundits and the partisans, my picks this week are all background for anyone really trying to understand U.S. policy.  The President’s speech laying out his administration’s approach to using force—including in counter-terrorism operations is a great place to start.  If you follow that reading with the transcript of the address to the nation about ISIL, you’ll see the coherence between the two.  Finally, the Jeddah Communique released today shows the substance of a more comprehensive strategy than even the President presented last night.

Race and Punishment: Racial Perceptions of Crime and Support for Punitive Policies | The Sentencing Project

The Color of Justice | The New Yorker

Yet another in-depth report was released last week on the topic of how Americans’ racial attitudes – sometimes implicit and even unconscious – are creating real-world outcomes that are as significant as it gets. The new report, from the Sentencing Project, “synthesizes two decades of research establishing that skewed racial perceptions of crime – particularly, white Americans’ strong associations of crime with racial minorities – have bolstered harsh and biased criminal justice policies.” In other words, we tend to misperceive the realities of crime – who commits it, who is victimized, how often it happens, etc. – and to base our criminal justice system on this false and distorted picture.

As a New Yorker discussion of the report points out, “whites consistently overestimate [black and Hispanic crime rates]. … Studies show that the more whites attribute higher crime rates to blacks and Hispanics, the more likely they are to support harsh criminal laws.” Policy that is based on inaccuracy and misunderstanding is troubling in any issue area – we wouldn’t want food safety regulations that accidentally prevent the sale of safe foods and allow the sale of dangerous ones, for example. But in the case of criminal justice, where freedom and even lives are taken away, the stakes are simply too high to allow confusion and error to systematically determine outcomes. In addition to exploring the problem, the Sentencing Project report also discusses ways to correct the current system.—Joseph Grady, Senior Fellow for Public Policy