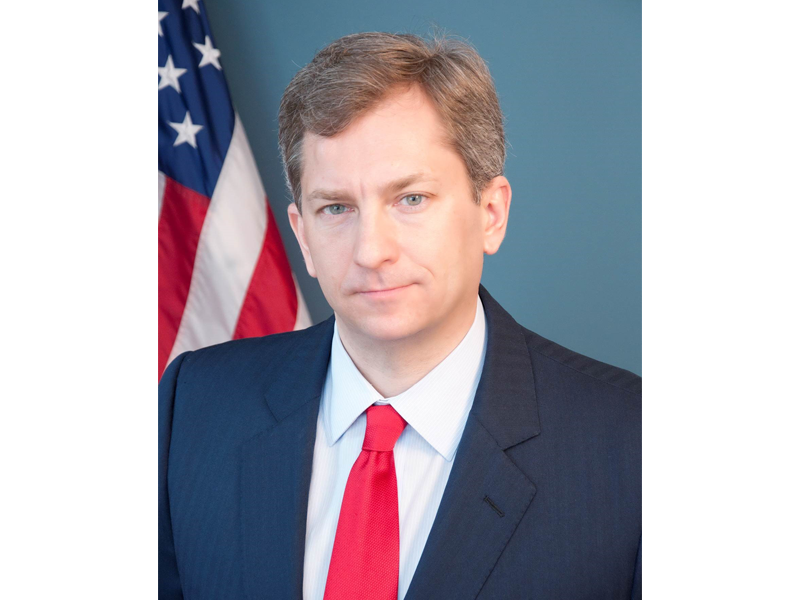 Newport, R.I. – The Pell Center at Salve Regina University announced the addition of Scott Bates, an experienced student and practitioner of U.S. foreign policy, as an adjunct fellow. Bates, of Stonington, Connecticut, brings to the Pell Center a diverse background in international relations, politics, and on-the-ground experience in America’s war zones.  He also serves as Executive Director of the Connecticut Institute for the 21st Century (CT21).

“Scott Bates is a leader whose courage and intellect have made him singularly effective,” said Pell Center Executive Director Jim Ludes. “There once was a time,” Ludes continued, “when a commitment to democratic values abroad meant a commitment to progress at home.  Scott Bates—in his professional undertakings and his personal commitments—is the embodiment of that ideal. We’re thrilled to have him join the Pell Center.”

Bates’ career has seen him serve in a wide variety of local, state, federal, and international positions. In American government, Bates served as Secretary of State and Legislative Director for the Governor of Virginia where he was responsible for development and passage of the governor’s legislative agenda.  After 9/11, Scott served as the first Senior Policy Advisor to the U.S. House of Representatives Homeland Security Committee. He has worked with leaders and activists to support governing institutions and democratic development in Iraq, Afghanistan, Kosovo, Bosnia, Haiti, and throughout the Middle East. Bates has been a featured speaker on defense issues and international affairs. His areas of expertise include homeland security, counterterrorism, and U.S. foreign policy in the Middle East, Asia, and Eastern Europe.

Bates has been a senior lecturer at University of Tokyo, as well as a visiting professor at the University of Indiana School of Law, Connecticut College, and the University of Pristina in Kosovo. Among his career highlights, Bates served as President of the Center for National Policy and as Senior Advisor for the Truman National Security Project.

The Pell Center for International Relations and Public Policy is a think-tank on the campus of Salve Regina University focused at the intersection of politics, policies, and ideas.