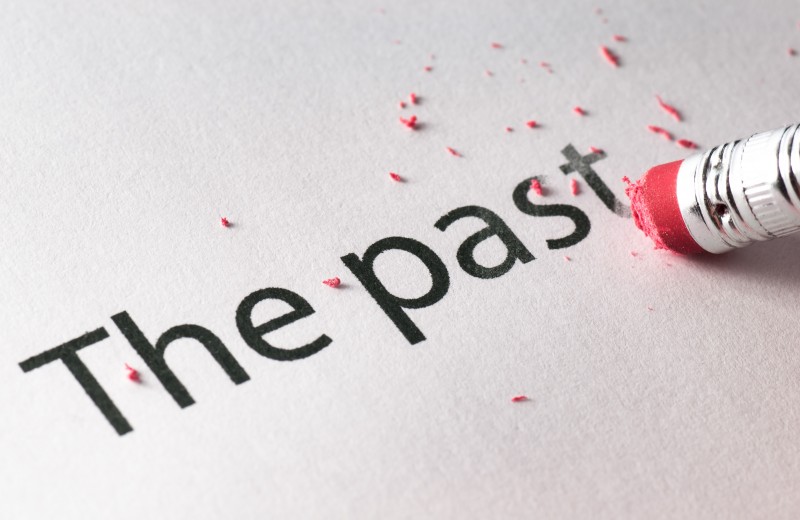 The Internet has a long memory. But what if the pictures, data, and personal information that can be found about you online appear unfair, one-sided, or just plain wrong? The so-called “right to be forgotten” has sparked one of the biggest debates playing out in cyberspace as well as in the real world, and the issue is poised to generate legal, technological, and moral wrangling for years to come.

Internet search giant Google recently appealed a decision by France’s highest administrative court over a legal ruling that could force it to censor some of its search results worldwide under the principle of the European Union’s “right to be forgotten.”

In May 2014, the European Court of Justice (ECJ) shook the Internet when it declared that EU citizens had a right to be forgotten online, and ruled that all search engines like Google must remove links to “inadequate, irrelevant or no longer relevant” information from their results when a EU resident requests it, and as long as there are no good reasons to maintain the information. The right was the result of a Spanish citizen’s legal challenge over an 11-year-old newspaper notice about debt. Since then, Google—the most popular search engine in the world—has reviewed almost 1.5 million similar requests, of which about 40% have resulted in the removal of a search result.

The French data protection authority (CNIL), however, ruled that removing the content in question only from EU searches was not enough—indeed, in March it fined Google €100,000 for refusing to apply the right to be forgotten to all of its websites worldwide, regardless of where they are accessed. Google rejected the ruling and filed an appeal, which has kicked off one of the first major legal battles over how to apply the right to be forgotten. The case is now before France’s highest court.

Google has argued that, if French law applies globally, “other countries [perhaps less open and democratic ones] could demand global removals based on their idea of what the law should be around the world.” In an open letter published in Le Monde, Google said it had already received demands from other governments to remove content globally on various grounds, and that complying with the CNIL’s order to apply the right to its sites outside Europe would encourage other countries that want to censor content, and would also limit Google’s ability to resist those demands.

France’s CNIL denies there is a territorial question, arguing that the global filtering is the only way to enforce the right to be forgotten fully. They pointed out, as an example, that a hypothetical “Mr. Complainant” could ask for an old dating profile to be removed from searches for his name—but while that would prevent a misunderstanding with his French fiancée or Portuguese cousin, his American colleague or his “geeky, curious neighbor,” who could just fake his IP address to a non-EU country and could still recover the old content.

While it remains to be seen what the French court will decide, the right to be forgotten has now been embraced beyond the EU, including in Japan and Russia. In the US, however, while publicly popular according to opinion polls, such a right remains firmly off the table. As New Scientist points out, “this is in part because the First Amendment is so powerful in American law and in part because US policy views the Internet as a neutral tool that efficiently organizes the world’s information into a harsh but genuine reality.”

If American residents want to delete any of their digital tracks, Google instructs them to go to the source of negative personal information. Once gone from the original website, the content purges automatically from search results. Nonetheless, successful content removal in this case is not based on a legal requirement, but on the sympathies of the website operator—a strategy that doesn’t always work.

Although the right to be forgotten hasn’t “broken the Internet” as the tech community had warned back when the idea of incorporating such a right into EU regulations first took shape, it has sparked an animated debate about how broadly the EU can apply its strict privacy laws—and who sets global standards for how to balance personal privacy with free expression. Ultimately, this could decide the future of the Internet as a global information resource.

As national policies and growing concerns about digital information shape the way we experience, understand, and use the Internet, we must also find new answers to whether and how the Internet should remain global. The right to be forgotten will be central to those answers. – Senior Fellow Francesca Spidalieri