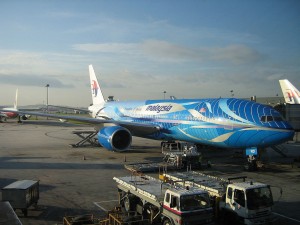 Government’s Brief in Support of the Magistrate Judge’s Decision to Uphold a Warrant Ordering Microsoft to Disclose Records Within Its Custody and Control | U.S. States District Court Southern District of New York

Obama Administration Says the World’s Servers Are Ours | ArsTechnica

In a hotly contentious legal case that calls into question Fourth Amendment rights in a digital era, the US government has decided that data stored online—your emails, digital photos, etc.—does not enjoy the same type of Fourth Amendment protection as physical information.

The controversy was sparked by a drug trafficking case in which the US Justice Department demanded that Microsoft disclose emails stored in a datacenter in Dublin, Ireland. Microsoft contested the warrant contending that digital and physical property should be protected equally and that “the government cannot seek and a court cannot issue a warrant allowing federal agents to break down the doors of Microsoft’s Dublin facility.” The US government countered Microsoft’s endeavors to keep data abroad safe from the prying eye of government officials, and justified its decision as a necessary one in a time where electronic communications can be exploited by “fraudsters” and “hackers,” both domestically and abroad.

A chorus of tech giants including Apple, AT&T, Cisco, and Verizon have weighed in in support of Microsoft, stating that such a decision contradicts foreign data protection laws, and further erodes the trust—and ultimately the leadership—of US technologies in the global market, especially in the post-Snowden era.

The case is not over yet and the battle to protect users’ privacy around the world is just at the beginning, so expect a lot of litigation on the issue. And while nobody reading this (we hope) is hiding drug trafficking info online, we’d bet a good number are storing their pictures online… apparently those are not protected by the Fourth Amendment the way, say, a physical photo album in your house would be.- Francesca Spidalieri, Fellow for Cyber Leadership

Not an ordinary, unordinary day

China thinks it can defeat America in battle | The Week

I’ve been slowly building my depth on developments in the South China Sea where tensions between China, the United States, Japan, Vietnam and the Philippines are rising.  The more I read, the more convinced I’ve become that China is assertive because it believes it can be so with little consequence.

And then July 17, 2014 happened.  A Malaysia Airlines flight from Amsterdam to Kuala Lumpur went down over eastern Ukraine.  As of 5:00 PM yesterday, the U.S. government seems to believe the plane was shot-down.  Not too much earlier this afternoon, we learned that Israel had launched a ground-operation into Gaza following days of airstrikes and rocket attacks.

Certainly, none of the events today are unprecedented—as sad a comfort as that might be.  But combined with the Syrian civil war and it’s 160,000 dead; the great-power land-grab that Russia pulled-off in Crimea; the continuing tumult in Libya; the clear inability of Iraqi defense forces to defend themselves despite a decade-long $25 billion investment from Uncle Sam; and the crisis on America’s southern border in which 90,000 unaccompanied children will try to walk into the United States from unstable countries in the Western hemisphere and we’re left to wonder, what happened?

Twenty years ago, the world’s economy was expanding, democracy was spreading, the United Nations seemed relevant, and the rule of law seemed ascendant.  Now here we are, well into the second decade of the 21st century, and we’re still suffering economically; democracy in the United States seems wholly dysfunctional at the federal level—at least; the United Nations hasn’t been relevant since Colin Powell’s presentation to the Security Council prior to the invasion of Iraq—you remember, the mobile biological weapons labs; and more than ever the only law that seems to matter is the natural law of force.

So China’s more assertive in the South China Sea.  Japan is changing its interpretation of its constitution so it can act stronger in the region.  With so much changing globally I’m left to conclude that there is some common element that ties all of these crises together.

The world no longer fears the United States.

Let that soak in for a bit.

Over a decade of conflict against ill-trained and poorly equipped insurgents in Iraq and Afghanistan, the world learned that the United States military is not unstoppable.  The American public can grow weary of conflict.  And international conventions do not matter if leaders and their followers are willing to endure short-term economic pain.

Am I suggesting that U.S. weakness is the reason someone shot-down Malaysian Airlines Flight 17 over Ukraine?  Of course not—at least not directly.

But I am strongly asserting that the level of disorder in the world is a function of the dangerous erosion of American power.  Whether that perception is real or merely perceived will matter only in the history books.  For now, it’s important to ask the question as we ponder the path ahead.- Dr. James Ludes, Executive Director of the Pell Center