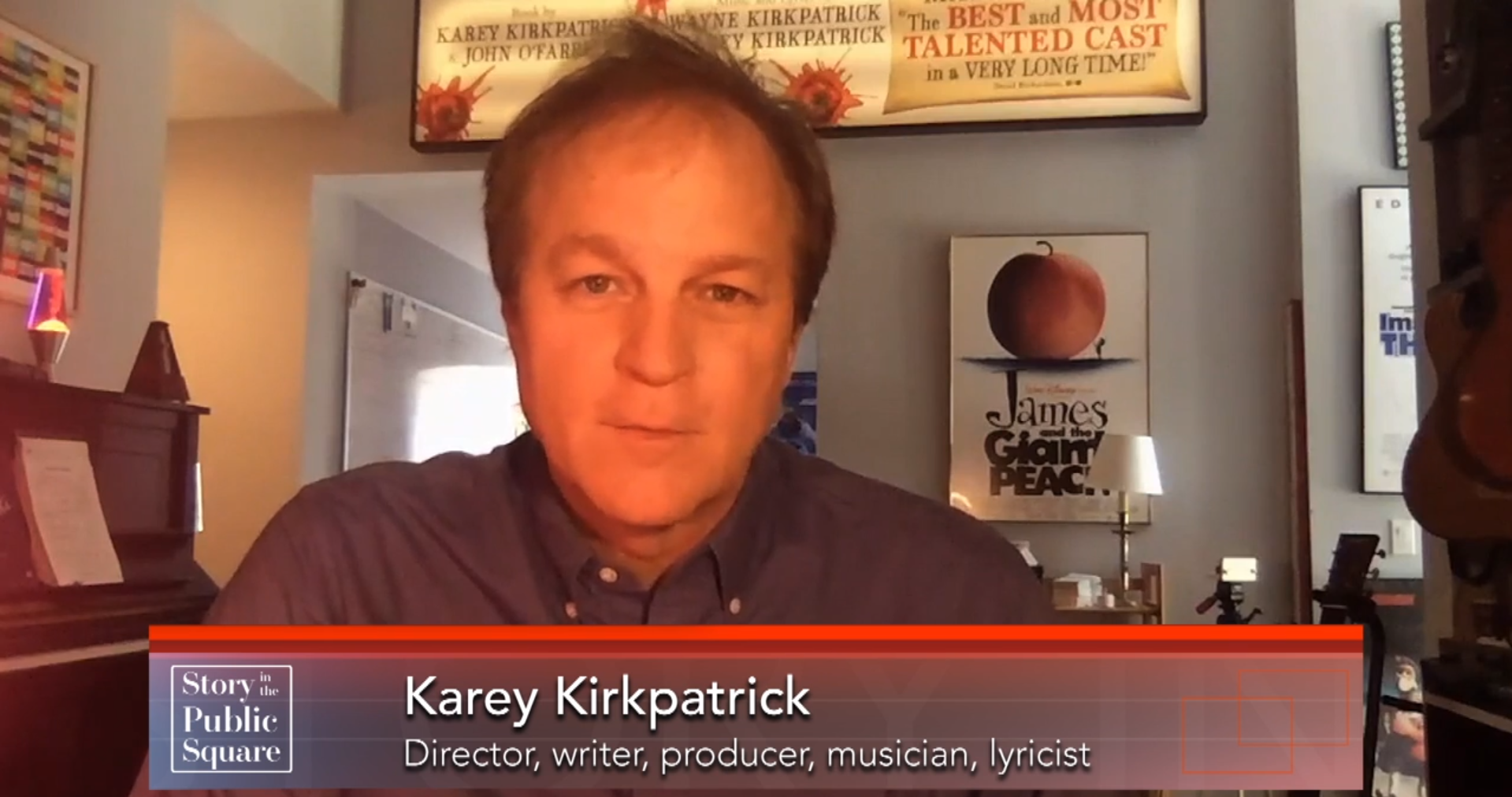 Kirkpatrick is a writer, director, composer and lyricist whose films include “Chicken Run,” “Hitchhikers Guide to the Galaxy” “James and the Giant Peach,” “Over the Hedge” “Charlotte’s Web,” and the 2018 animated musical “Smallfoot” among others.  He and his brother, Wayne Kirkpatrick, were nominated for a 2015 Tony Award for Best Original Score for “Something Rotten!”  This was just one of many honors for Kirkpatrick, who has won four Annie Awards for television and movie animation.  He has also won a Saturn Award, a Hugo Award, and a Cannes Film Festival Award, among others.  He directed the computer-animated feature films “Over the Hedge” and “Smallfoot,” from Warner Bros., and co-wrote the story and screenplay, and his brother Wayne, wrote the songs. “Smallfoot” featured the voices of Channing Tatum, Zendaya, James Corden, LeBron James, and Danny DeVito among others.

On this episode of “Story in the Public Square,” Kirkpatrick describes drawing inspiration for his work from events taking place around him. As a creator, he said, “whatever world you’re living in, living in and [whatever is] going on in the world, it’s impossible for you to not have feelings and thoughts about them. And it’s almost impossible for them to not kind of leak in to whatever it is that you’re creating.”