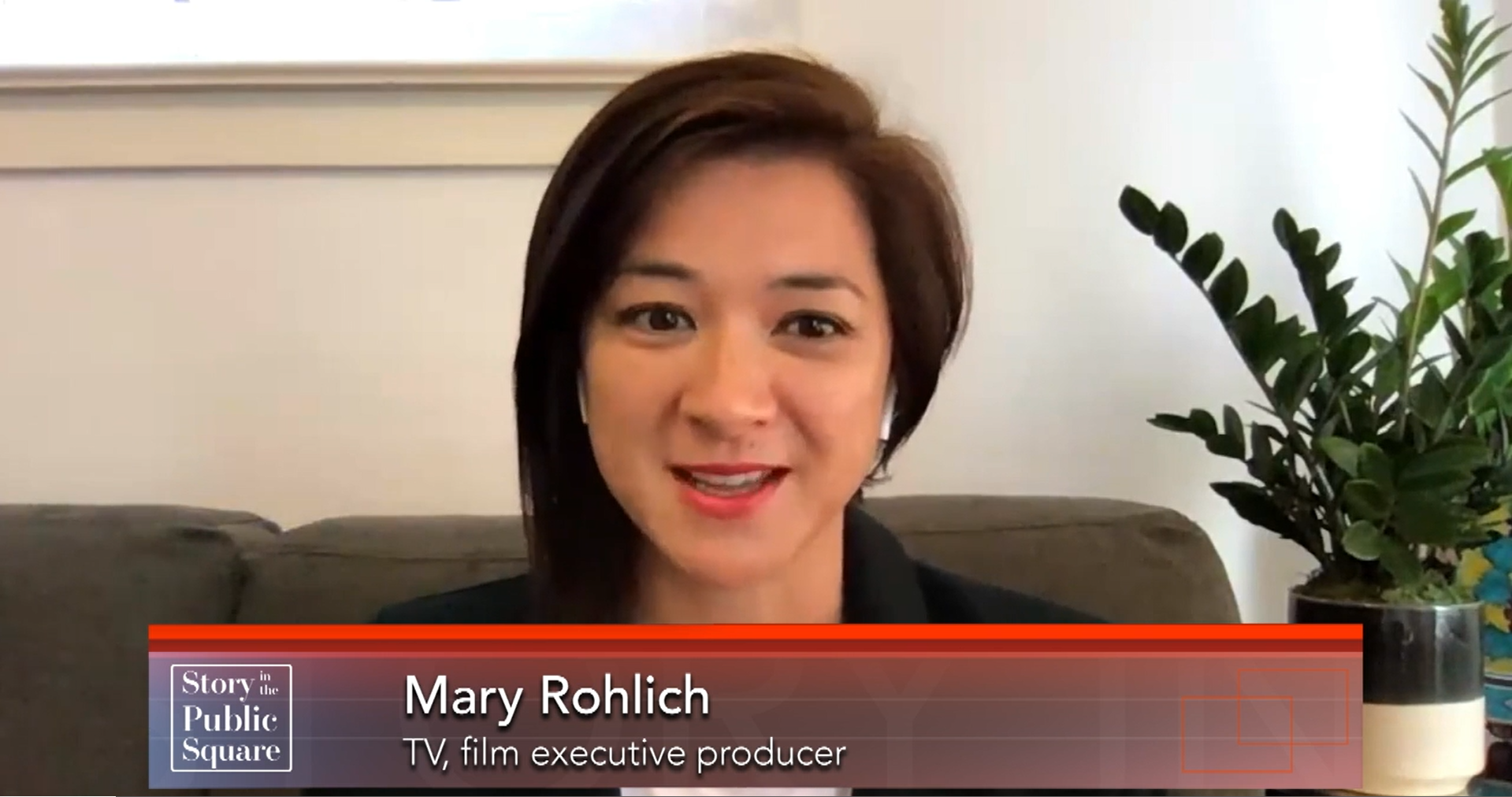 This show is built on the power of storytelling to change the world. Mary Rohlich has built her career telling stories that matter, whether in documentaries, feature films, or on television.

Rohlich is an independent film, television and documentary producer.  She is currently an executive producer on the Netflix series “Atypical,” which was renewed for a fourth and final season this year.  She has produced several television pilots and series including “The Good Doctor” as co-executive producer, “Sneaky Pete” as producer, “The Goldbergs” as co-producer, and “Breaking In” as co-producer.  Rohlich worked with director Seth Gordon on “Four Christmases” as associate producer.  With Gordon, she co-produced the hit comedies, “Horrible Bosses,” “Identity Thief,” and was an executive producer on “Baywatch.”  She has also produced several notable documentary features including “Gleason,” which was shortlisted for an Academy Award in 2017, “Wrestle,” “Bill Nye: Science Guy,” “Finders Keepers,” among others.  Rohlich also serves on the board of Vidiots, a non-profit film organization, and was named one of the Hollywood Reporter’s “Next Gen 35 under 35” industry up-and-comers in 2016.

On this episode of “Story in the Public Square,” Rohlic describes her current project, “Atypical,” which follows the story of a young man diagnosed with Autism spectrum disorder.  She attributes its success and to its capacity to connect with people who haven’t seen their story represented on television before.  She says, “I want to tell stories that have heart.”