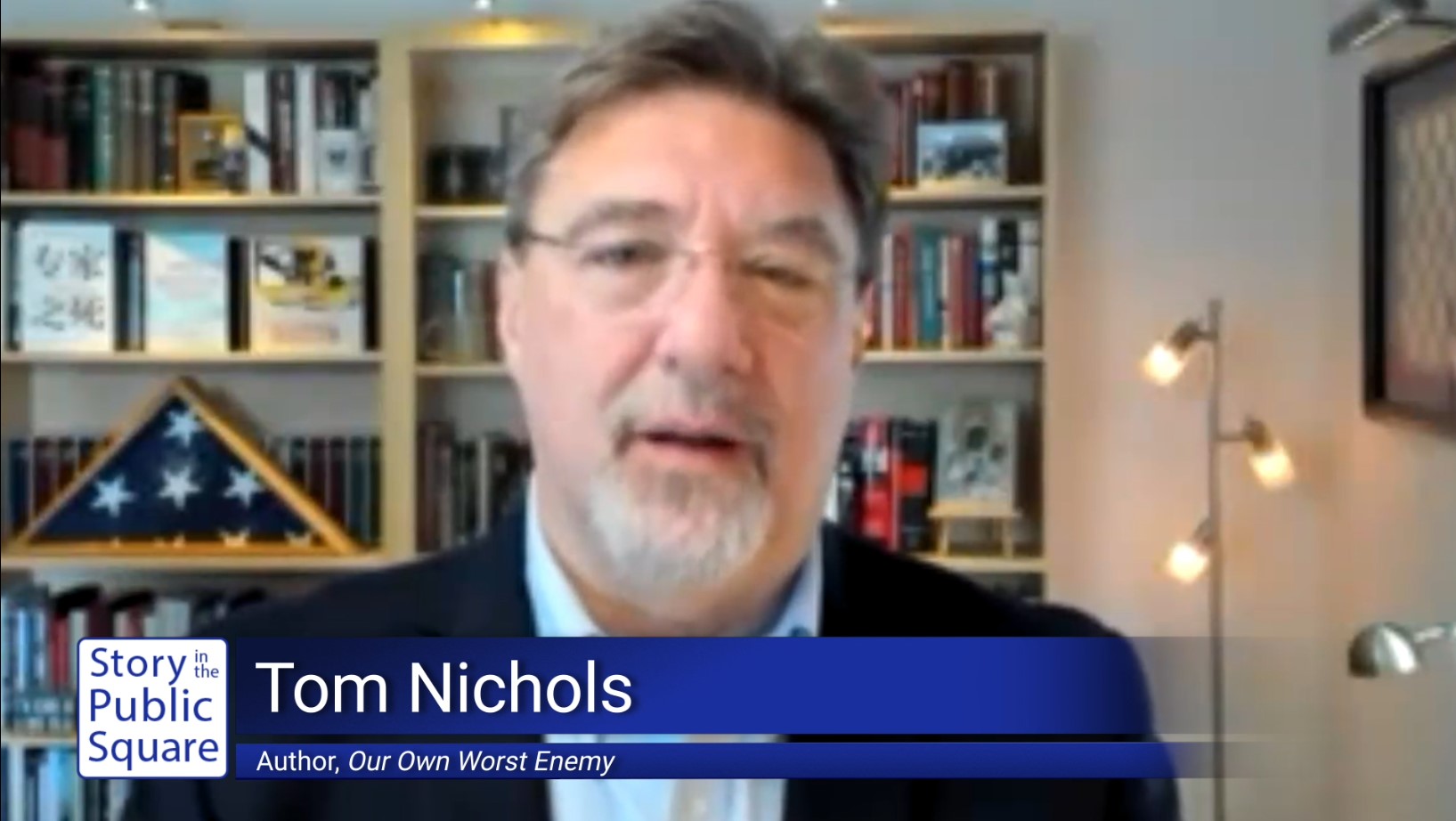 Democracy is under attack—in the former Soviet-dominated lands of Eastern Europe, in Turkey, Brazil, India, and yes, even the United States.  Tom Nichols urges us not to just look for leaders to whom we can ascribe blame, but to look at ourselves and discern our own role in the weakening of America’s democratic institutions.

Nichols is a professor at the U.S. Naval War College and an adjunct at the U.S. Air Force School of Strategic Force Studies and the Harvard Extension School. He is a specialist on international security affairs, including U.S.-Russia relations, nuclear strategy and NATO issues. A nationally known commentator on U.S. politics and national security, he is a columnist for USA Today and a contributing writer at The Atlantic. He served as a staff member in the U.S. Senate and has held fellowships at CSIS and the Harvard Kennedy School. He has taught at Dartmouth, La Salle and Georgetown. He is also a five-time undefeated ‘Jeopardy!’ champion.

On this episode of “Story in the Public Square,” Nichols discusses his latest book, “Our Own Worst Enemy: The Assault from within on Modern Democracy.”  He says as members of democracy, we are our own worst enemy.  “A lot of the problems that we face in the late 20th and now early 21st century were within our grasp to solve, but we prefer to blame others and we’re becoming a very uncivic culture.”  He adds that the book argues for the need to look at ourselves and rekindle civic engagement to support the kind of citizenship that liberal democracy requires to survive.