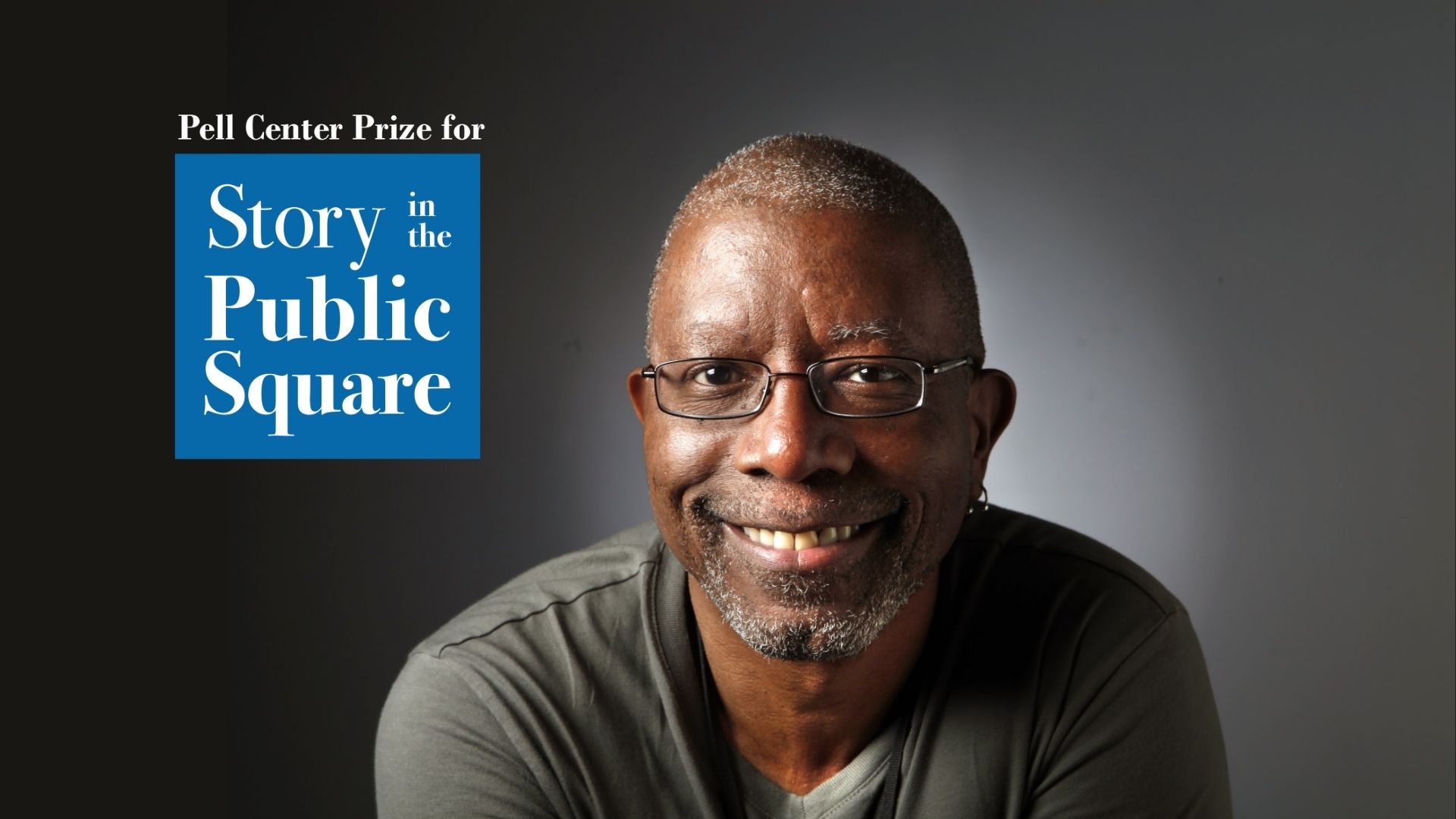 NEWPORT, R.I.—Michael Paul Williams, a long-time columnist for The Richmond Times Dispatch, has been named the 2021 recipient of the Pell Center Prize for Story in the Public Square.  Awarded since 2013, the prize honors storytellers whose work has a meaningful, positive impact on the public dialogue.

Williams joined The Times Dispatch in 1982 and covered local government for a decade before becoming a columnist for the paper a decade later.  His columns have never shied away from sensitive public issues, including race.  Earlier in 2021, he won a Pulitzer Prize for his commentary.

In 2020, as the United States found itself convulsed by the murder of George Floyd and a summer of protest, Williams penned a series of columns that changed the conversation about race and remembrance in the former capitol of the Confederacy.  In direct, stirring prose, Williams didn’t just urge the removal of confederate statues, he imagined the new heroes that should top their pedestals, whose names should grace schools and boulevards, whose deeds should be remembered: anti-lynching crusaders and social justice activists, not “agents of treason and enslavement.”

“Michael Paul Williams imagined a new story,” said Jim Ludes, Executive Director of the Pell Center, “not just for the city of Richmond or the state of Virginia, but for an inclusive nation focused not just on its past myths, but on creating a nation for all of its people. For that significant accomplishment, we are humbled to honor him and his work with this award.”

“I am deeply honored to receive the Pell Center Prize for Story in the Public Square,” said Williams. “When I wrote about Richmond’s removal of its Confederate monuments, amid the protests following the murder of George Floyd, I believed I was telling a larger story about the legacy of white supremacy in America. Because as we can see, the Civil War never truly ended. We are still living out that legacy today.”

Williams continued, “I’m gratified to be recognized as a storyteller whose work ‘contributes to the public understanding on important issues,’ because the ongoing story of Richmond holds important lessons for a divided nation. If the former capital of the Confederacy can reject symbolic and systemic racism and move beyond it, there’s hope.”

Williams will receive the Pell Center Prize in a virtual event at 7:00 PM on November 9, 2021.  The event will be streamed live on Facebook.  Those interested in attending the virtual event are asked to register here.

In the days that follow, Williams will tape an episode of “Story in the Public Square” for broadcast on public television and SiriusXM Satellite Radio’s POTUS channel.

“Michael Paul Williams joins a remarkable line-up of Pell Center Prize winners,” said G. Wayne Miller of The Providence Journal who co-directs the Story in the Public Square initiative. “Collectively, their work underscores our shared humanity and challenges us to make the world a better, more just place.”

Williams is the eighth recipient of the Pell Center Prize and the first since 2019 when Pulitzer Prize-winning author Elizabeth Kolbert was recognized for her reporting on humanity’s impact on all other life on the planet. Two-time Pulitzer winner Dana Priest received the inaugural prize in 2013; Emmy-winning screenwriter and actor Danny Strong was the 2014 winner; Lisa Genova, the best-selling author of “Still Alice,” was honored in 2015; Pulitzer-winning photographer Javier Manzano won in 2016; filmmaker Daphne Matziaraki, whose documentary “4.1 Miles” was nominated for an Oscar, was honored in 2017; and in 2018, Pulitzer-winner and New York Times staff writer Dan Barry won.  The prize was not awarded in 2020 due to the COVID-19 pandemic.

Founded in February 2012, Story in the Public Square is an initiative to celebrate, study and tell stories that matter. A partnership of the Pell Center at Salve Regina University and The Providence Journal, the program produces the five-time Telly Award-winning show of the same name broadcast more than 500 times each week on public television stations across the country and heard five times every weekend on SiriusXM’s popular P.O.T.U.S. channel.