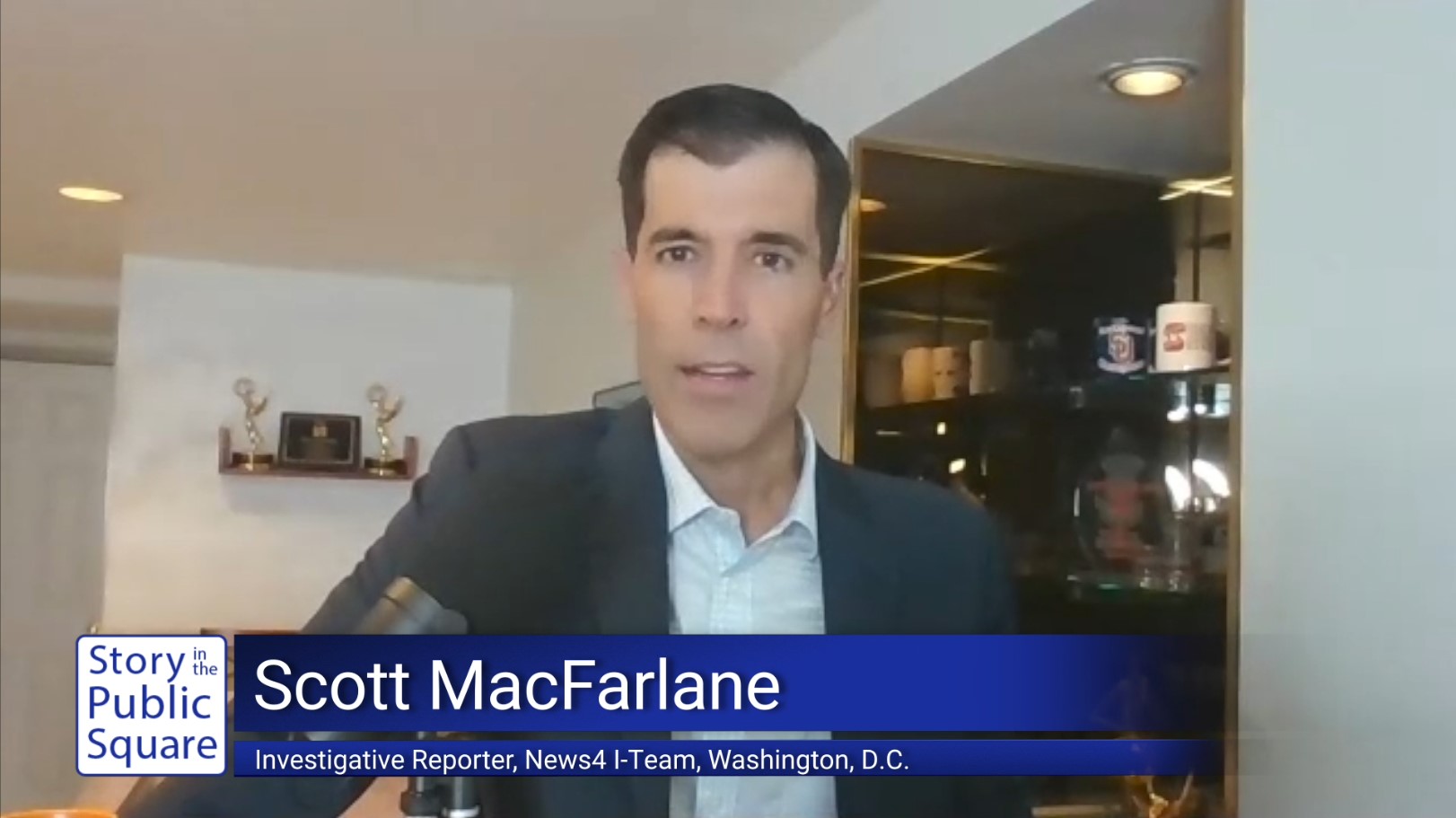 On January 6, 2021, a violent mob stormed the U.S. Capitol seeking to disrupt the peaceful transfer of power.  While our attention has been consumed with things like the pandemic, vaccines, and America’s withdrawal from Afghanistan, Scott MacFarlane reminds us that the investigations into the events of that day—and the prosecutions of those responsible—are just beginning.

MacFarlane is an investigative reporter with the News4 I-Team and joined NBC after almost a decade of work as a Capitol Hill reporter for the Cox Media Group.  He began his career as a reporter for CBS TV affiliates in Detroit, Cleveland, Grand Rapids and Syracuse.  MacFarlane also once served as a congressional staffer in the U.S. House of Representatives.  His work has led to the creation of five state laws, triggered federal prosecutions, and has been referenced in more than a dozen formal congressional hearings and floor speeches.  MacFarlane has interviewed U.S. presidents, dozens of U.S. senators, governors and a Supreme Court justice, and he’s questioned press secretaries in the White House press briefing room.  He is the recipient of several awards for his work on behalf of children’s safety.  He won the Anna Quindlen Award for Excellence in Journalism from the Child Welfare League of America in 2018.  His series of investigations on public school security has yielded several honors from the Associated Press and a series of Emmy and Edward R. Murrow awards.  His reporting on thoroughbred horse racing deaths in West Virginia triggered a series of new safety state regulations for the sport and earned an award from the Humane Society of the U.S. His series of investigations on the U.S. State Department was honored in 2020 by the National Press Club.  MacFarlane’s investigations of the U.S. Department of Veterans Affairs inspired a congressional review by the U.S. House Oversight Committee, which played and cited his news reports in a June 2019 hearing.