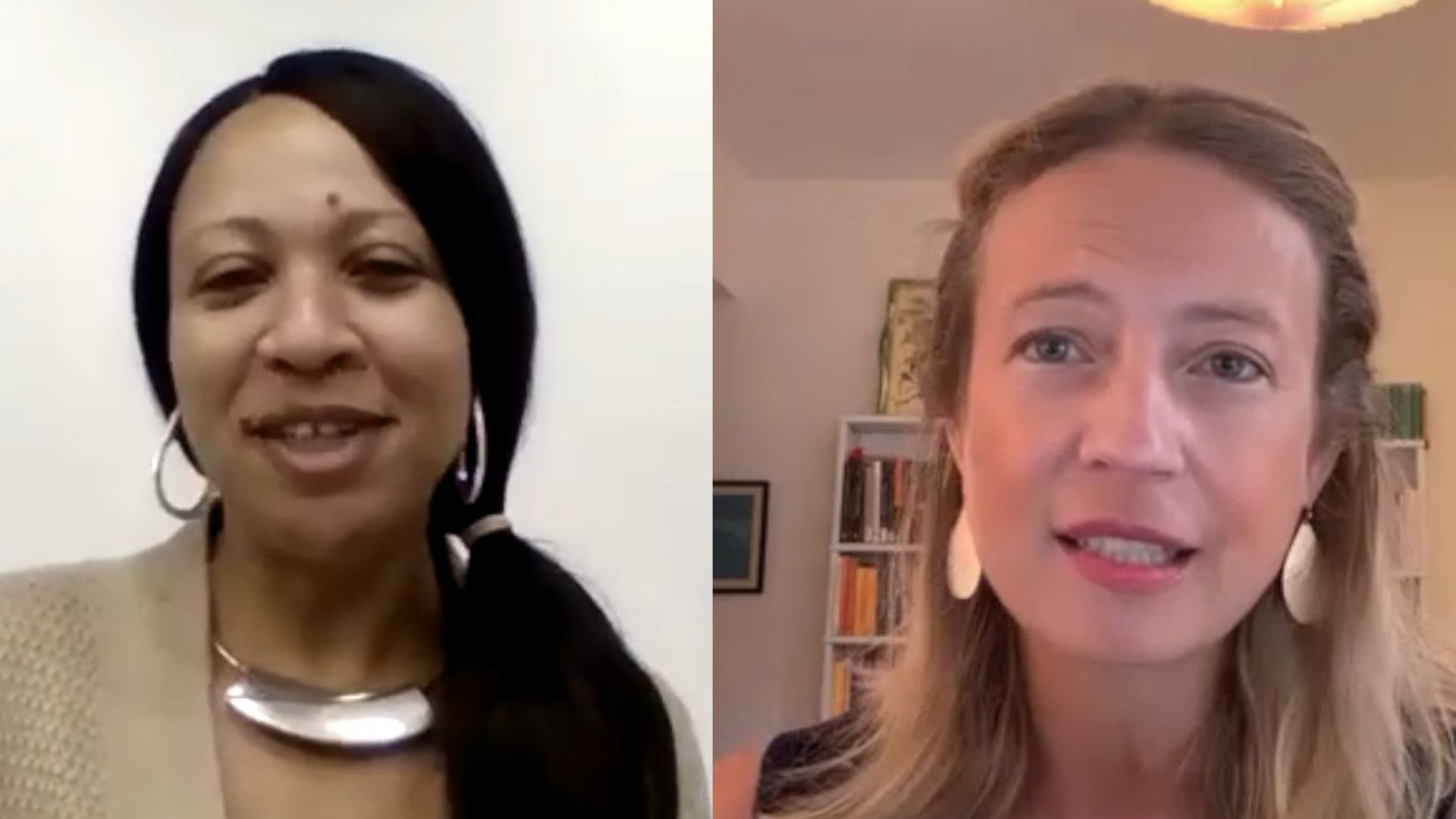 The promise of a liberal arts education has always been the insight offered to us by classic texts about the human experience.  Emily Allen-Hornblower and Nafeesah Goldsmith tell us the appeal is not limited just to traditional students in classrooms, but also students learning in environments as challenging as the American judicial system.

Emily Allen-Hornblower is Associate Professor of Classics at Rutgers University.  She is a graduate of the Ecole Normale Supérieure in Paris, France, and received her Ph.D in Classics from Harvard University.  She has published articles on archaic and classical Greek literature, Greek and Roman historiography, and the twentieth-century reception of Greek drama.  She is the author of “From Agent to Spectator: Witnessing the Aftermath in Ancient Greek Epic and Tragedy.”  Her areas of interest include, storytelling, religion and gender, ancient cultural history, ancient Greek and Roman epic, Greek drama, and social justice.  Her book and articles center on both ancient and modern conceptions and portrayals of the human condition, suffering, and connection and disconnection between individuals and groups.  Allen-Hornblower has taught Classics and world history in medium and maximum security prisons in New Jersey, as part of the Scholarship and Transformative Education in Prisons (NJ-STEP) program.

Nafeesah Goldsmith is the CEO of RISE, Real Intervention Supports Excellence, a mission-based sustainability initiative that supports initiatives that support at-risk communities and building prison-free futures.  When she was 21 years old, she began serving a 15-year prison sentence at the Edna Mahan Correctional Facility for Women, where she began her college career through the Clinton College Bound/NJ-STEP program.  Goldsmith was released from prison on June 23, 2015, and dedicates her time to speaking on incarceration, reentry, the School to Prison Pipeline, and the effects of incarceration on families and communities.  She studied Criminal Justice at Monmouth University after earning a bachelor’s degree in Sociology.  She is also an alumna of Rutgers University and is currently pursuing a degree in law.