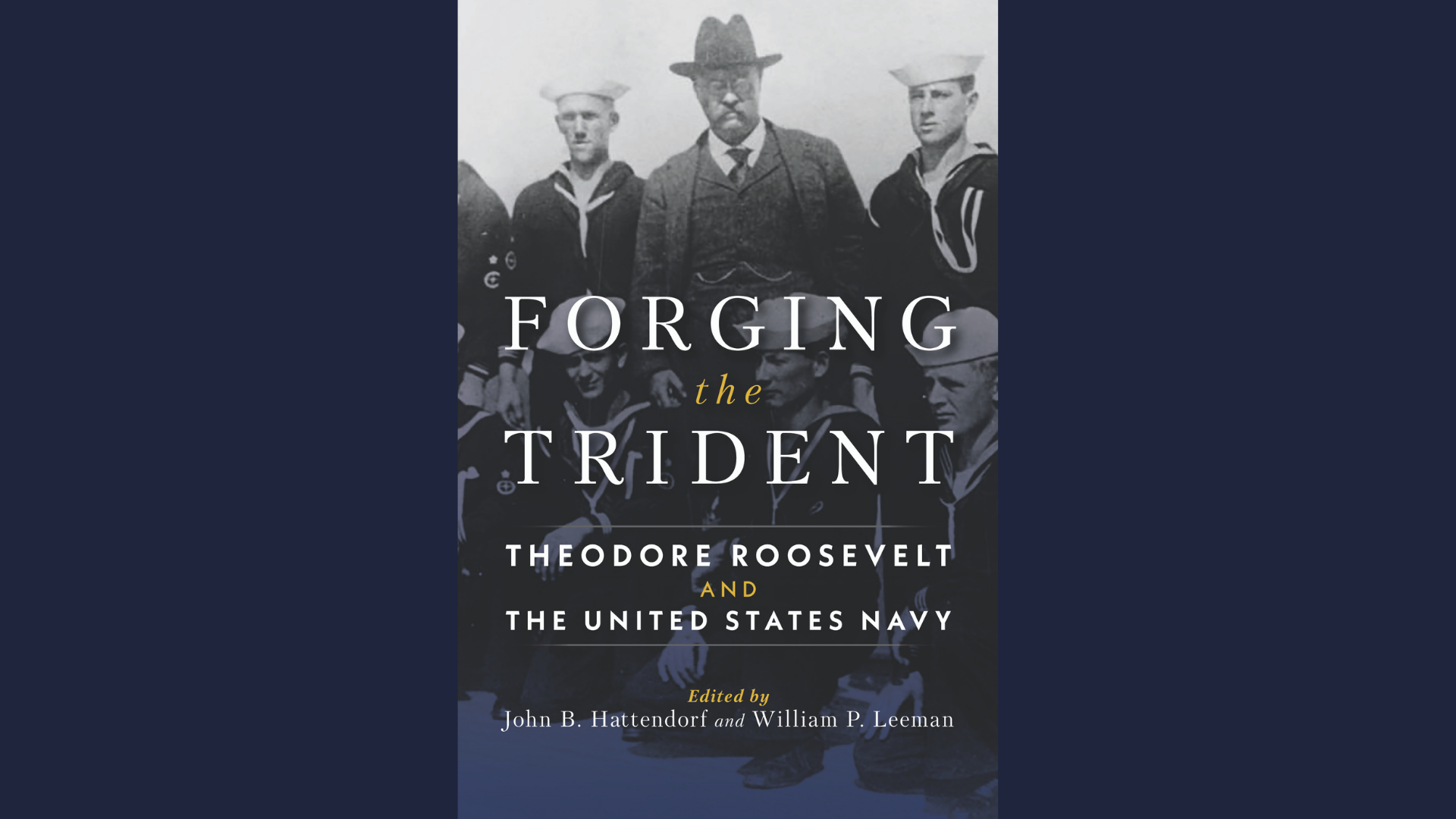 “Forging the Trident” is a collection of essays on various aspects of Roosevelt’s lifelong relationship with the U.S. Navy written by leading American naval historians including editors Hattendorf and Leeman.

Leeman is an associate professor of history at Salve Regina University and director of the University’s Pell Honors Program.  He is also a faculty fellow at the Pell Center for International Relations and Public Policy.  Leeman is the author of “The Long Road to Annapolis: The Founding of the Naval Academy and the Emerging American Republic,” which was published in 2010.  He earned his Ph.D. in history from Boston University and previously taught at the United States Military Academy at West Point.

Hattendorf is the Ernest J. King Professor of Maritime History Emeritus and Senior Advisor at the John B. Hattendorf Center for Maritime Historical Research at the U.S. Naval War College. A former naval officer, he earned his D.Phil. degree in history from the University of Oxford.  He is the author or editor of more than 50 books, including the “Oxford Encyclopedia of Maritime History.”

Salve Regina University hosted the “Forging the Trident: Theodore Roosevelt and the United States Navy” conference in January 2019.  Sponsored by the U.S. Naval War College’s Hattendorf Center for Maritime Historical Research and the Pell Center for International Relations and Public Policy, the conference served as a workshop for the historians who contributed essays to the book.

“Forging the Trident” is published by the Naval Institute Press and is available to purchase here.