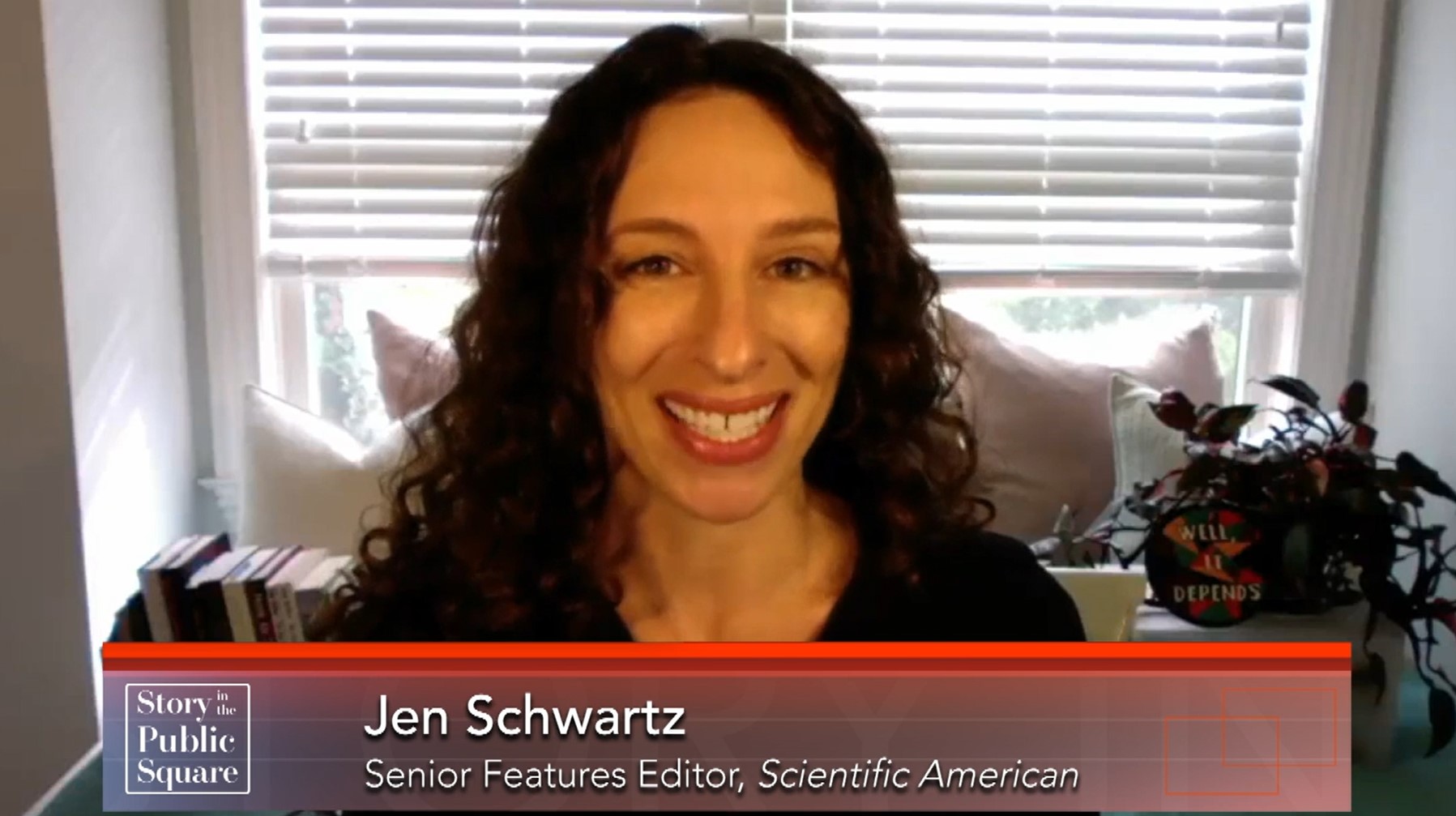 Change may be an essential part of human existence, but Jen Schwartz explores the dislocations in human society caused by the speed with which the world is changing around us.

Schwartz is a senior features editor at Scientific American who produces stories on the intersection of technology and the human condition. She specializes in writing about how society is adapting—or not—to a rapidly changing world, with a focus on climate change and digital disinformation.  During the coronavirus pandemic she has written about the anguish of uncertainty, from the trauma of healthcare workers to the legacy of scientific racism to the chaos of media manipulation.  She co-led the magazine’s 2019 special issue, “Truth, Lies & Uncertainty,” about making sense of reality in unreal times, and contributed an essay about how everyone is an agent in the new information warfare.  Her feature, “Underwater,” about a New Jersey community that is radically adapting to sea-level rise, won the 2019 National Association of Science Writers “Science and Society” award.  Schwartz previously worked as an editor or reporter at Popular Science, GQ, New York, Outside, Self, and The Boston Globe.  She is a veteran researcher skilled in fact-checking and investigative reporting and holds a degree in journalism with a minor in environmental science from Boston University.

On this episode of “Story in the Public Square” Schwartz describes covering society’s adaptation to rapid changes including climate, technology, and most recently, the pandemic through her stories of individuals, communities, and ideas.  She says, “in many ways, science is more about uncertainty than it is about certainty,” adding that the emphasis is on making the best decisions with what we do know, while considering what we don’t.