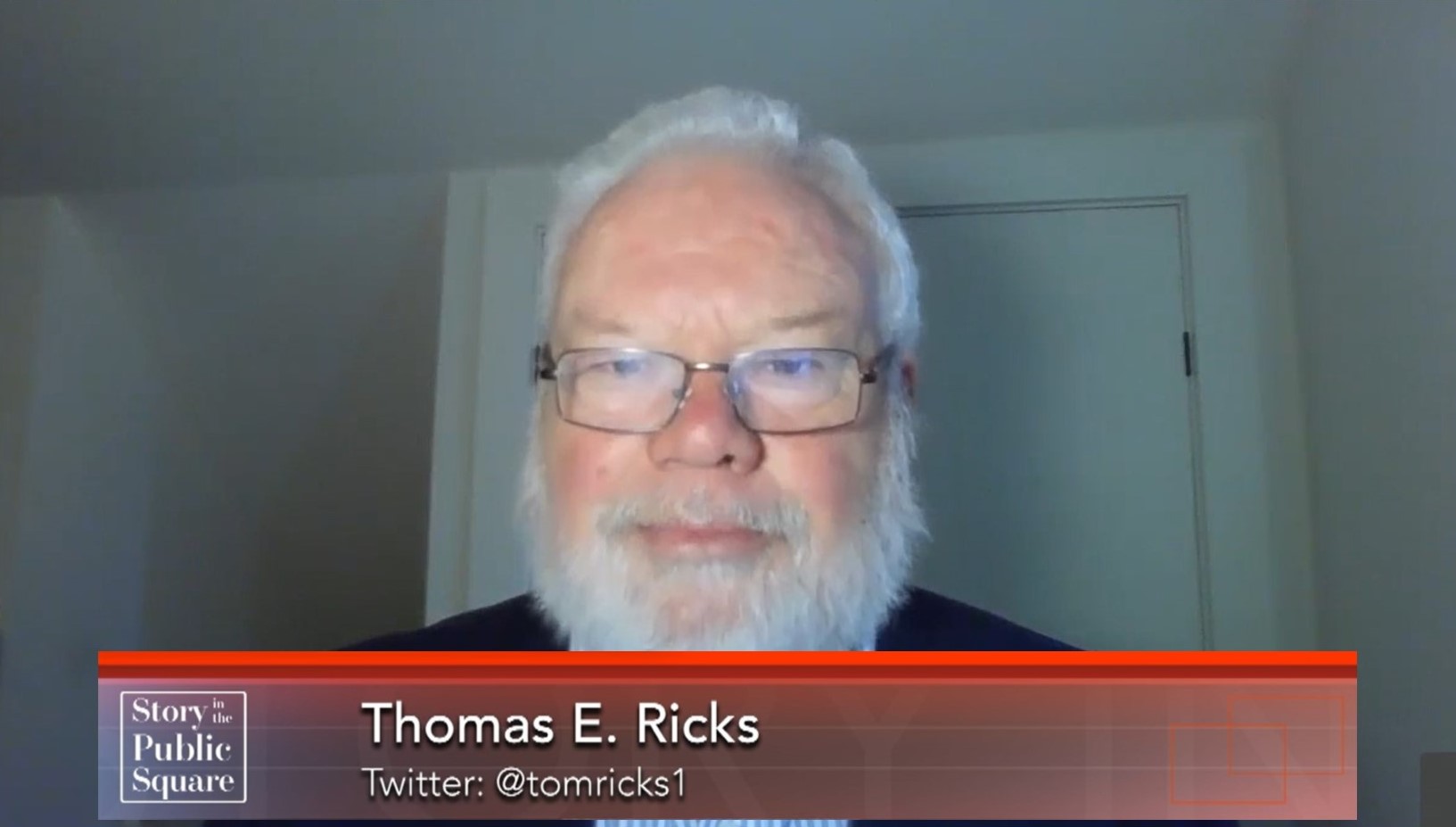 Political divisions are as old as the republic, itself.  But Tom Ricks says that if we’re serious about preserving the union, there is much we can learn from the founders study of the ancient republics in Rome and Greece.

Ricks is an adviser on national security at the New America Foundation, where he participates in its “Future of War” project.  He was previously a fellow at the Center for a New American Security and is a contributing editor of Foreign Policy magazine, for which he writes the prizewinning blog The Best Defense.  Ricks covered the US military for The Washington Post from 2000 through 2008. Until the end of 1999 he had the same beat at The Wall Street Journal, where he was a reporter for seventeen years.  A member of two Pulitzer Prize–winning teams, he covered US military activities in Somalia, Haiti, Korea, Bosnia, Kosovo, Macedonia, Kuwait, Turkey, Afghanistan, and Iraq.  He is the author of several books, including, “The Generals,” “The Gamble” and the number-one New York Times bestseller “Fiasco,” which was a finalist for the Pulitzer Prize.