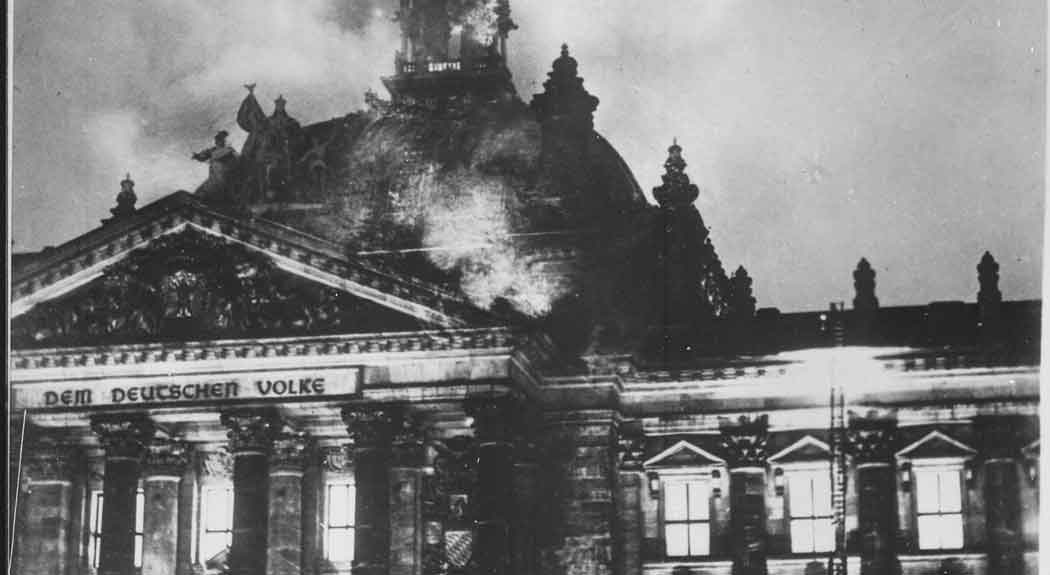 The real goal of Trump’s executive orders: Reduce the number of immigrants in the U.S. | Los Angeles Times

In the November 2016 election, voters chose reform and ethics over business as usual.  In a stunning result of 52 percent to 48, the people of South Dakota passed a ballot question to provide public financing for elections, establish a state ethics commission, and limit lobbying.  On February 2, 2017, South Dakota Governor Dennis Daugaard invoked provisions of the referendum to declare an emergency and unilaterally repeal the measure, thwarting the majority will of the people of South Dakota.  It’s a tactic we’ve seen before in history.  Democracies have been undermined on more than one occasion by the declaration of “emergency.”  In fact, it’s a tried and true approach for aspiring authoritarians everywhere.

Perhaps the best known example of this tactic is associated with one of the darkest times in world-history.  On February 27, 1933, an arsonist set fire to the German Reichstag building in Berlin. The man accused of the crime was sentenced and executed. The Nazi Party seized on the incident as proof of a Communist conspiracy against the government and declared a national emergency, suspended citizens’ rights, and conducted large scale arrests of suspected – and real – Communists. The liquidation of the political opposition allowed the Nazis to gain enough parliamentary power to assure Hitler’s ascendency. The Reichstag Fire created the pretext for Nazis to seize authoritarian control of Germany.

Even politicians not bent on world-domination can be seduced by the pliability of an electorate in the face of a national emergency.  In the aftermath of 9/11, the administration of George W. Bush famously seized on the justifiable fear of the American public to bolster the standing of the president.  The first Secretary of Homeland Security, Tom Ridge, confirmed in his 2009 memoir that he had been pressured to raise the terror alert level during the 2004 campaign to help the reelection efforts of President Bush.  Others have noted the intriguing correlation between bad political news and elevations of the national threat level in the first Bush administration.

The key take-away from this admittedly brief history is that political leaders from the most well-intentioned to the monsters of the Nazi party have found it beneficial to use fear and “emergency” to advance their political agendas.

Just six weeks into his presidency, Donald Trump and his administration seem intent on using fear to advance his agenda.  Look at the way the administration has talked about the terrorist threat and its relationship to the botched (and potentially unconstitutional) ban on immigration from seven majority-Muslim countries.  Immediate implementation of the ban caused widespread chaos at airports around the world, the detention of numerous refuge seekers, and triggered protests at the U.S. airports and in major cities, from Los Angeles to Boston. The American Civil Liberties Union sought and gained injunctions against the action, but chaos had been sewn and the ban floundered.  In explaining the seemingly rushed nature of the executive order, White House Press Secretary Sean Spicer asked, “What happened if we didn’t act and somebody was killed?”

Even the President himself is stoking fear.  On February 3, after a suspected terrorist attacked police in Paris, the President took to Twitter to say: Then, after a federal judge issued a nationwide injunction suspending his executive order on immigration, Trump tweeted:

One day later, the president upped the ante: From a historian’s perspective, the conditions are now ripe for a “national emergency.”  Having tried to act to save the United States from a terrorist attack, only to be undermined by the courts, the president can now claim any future attack justifies even more draconian measures: a complete ban on Muslim immigration; a registry of Muslims in the United States; an armed deportation force—all proposals he floated in the course of the 2016 campaign.  He may even simply alert the American people to “credible” evidence of an impending large-scale terrorist attack on American soil. In either case, civil liberties and our democratic checks on executive power will be under immediate and direct threat; indeed, our democracy may be profoundly imperiled.

Fear is corrosive to freedom.  Great American presidents have known that and acted accordingly.  Five days after the Reichstag fire, Franklin Delano Roosevelt was inaugurated President of the United States of America.  In his inaugural address, he warned, amid economic depression and faltering democracies in Europe, that the only thing the United States had to fear, “was fear itself.”

In 2017, the American public faces a world that is demonstrably more safe than the world Roosevelt confronted.  It’s not that there are no threats; because there are.  But the danger these foreign threats pose to the security of our republic today is nothing compared to the damage we could do to ourselves if we let the president lead us to fear.