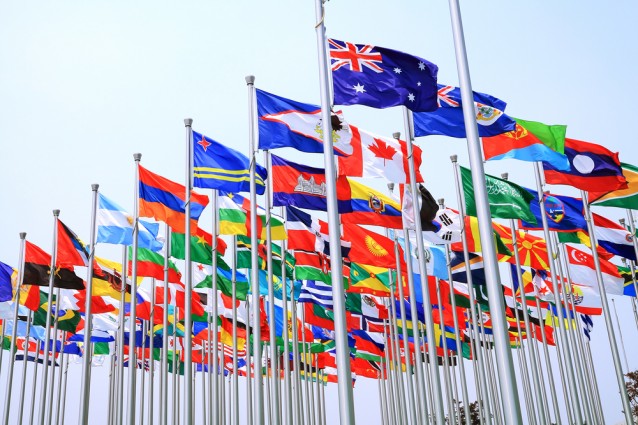 The Pell Center has announced its lineup of events and lectures for the Fall 2015 semester.

Click here to visit the Pell Center’s Eventbrite page where you may reserve free tickets for individual events.

Laudato si’ – Pope Francis and the Challenge of the Environment

On June 18, 2015, Pope Francis released his second encyclical entitled Laudato si’: On care for our common home.  The much-anticipated work laments the environmental degradation of our planet and issues a call to global political action that could curb the excesses of rampant consumerism and unchecked technological development in exchange for more sustainable forms of development.

Join members of the Salve Regina University faculty for a panel discussion on Pope Francis’ latest encyclical.  Faculty from various departments will join in a moderated discussion that will open up to audience participation.  Topics for conversation will include the content, reception, and potential impact of Laudato si’.

Cybersecurity, the Internet, and the U.S. Presidential Race

The next president will inherit leadership of a nation that it is still the most powerful in the world, but that continues to face challenges to its economic and national security of staggering proportions. Among some of the most pressing challenges are the growing scope, pace, sophistication, and impact of cyber threats.

As the United States edges towards the next elections, how will these issues figure in the U.S. Presidential race? Are the country’s current and future leaders prepared for the tasks ahead of them? What measures do the need to take? What should be prioritized? And what should the role of the President be in shaping cyber policy, from issuing Executive Orders and legislative proposals, to convening leaders who have a stake in bolstering cybersecurity, to appealing for congressional action in areas such as information sharing, intelligence collection, and data breach law?

Dr. Issel will explore the complex relationships that linked the Vatican, American Catholics, and U.S. politics and policy during the 20th century. He will describe how a Catholic bishop drew on the work of Vatican II to broker a settlement of the San Francisco State College student strike in 1968-1969, the longest such event in United States history. This lecture will illuminate the way that transnational Catholic Church history, dramatic international events, national social, cultural, and political developments, and the distinctive features of particular local cultures have combined to create the story of Catholicism in America.

The Legacy: What’s Next for U.S. Policy in the Middle East?

Fourteen years after the attacks of September 2001 focused American attention on the Middle East, events in the region continue to vex U.S. policy makers and threaten U.S. interests.  More than a year since ISIS declared its caliphate, and after thousands of U.S. airstrikes, the region remains plagued by civil war, extremism, and uncertainty.  What’s at stake?  What can the United States hope to achieve in the region?  What is the best path ahead for U.S. policy makers to consider?  Join two faculty from the U.S. Naval War College for a candid conversation about U.S. strategy in the region.