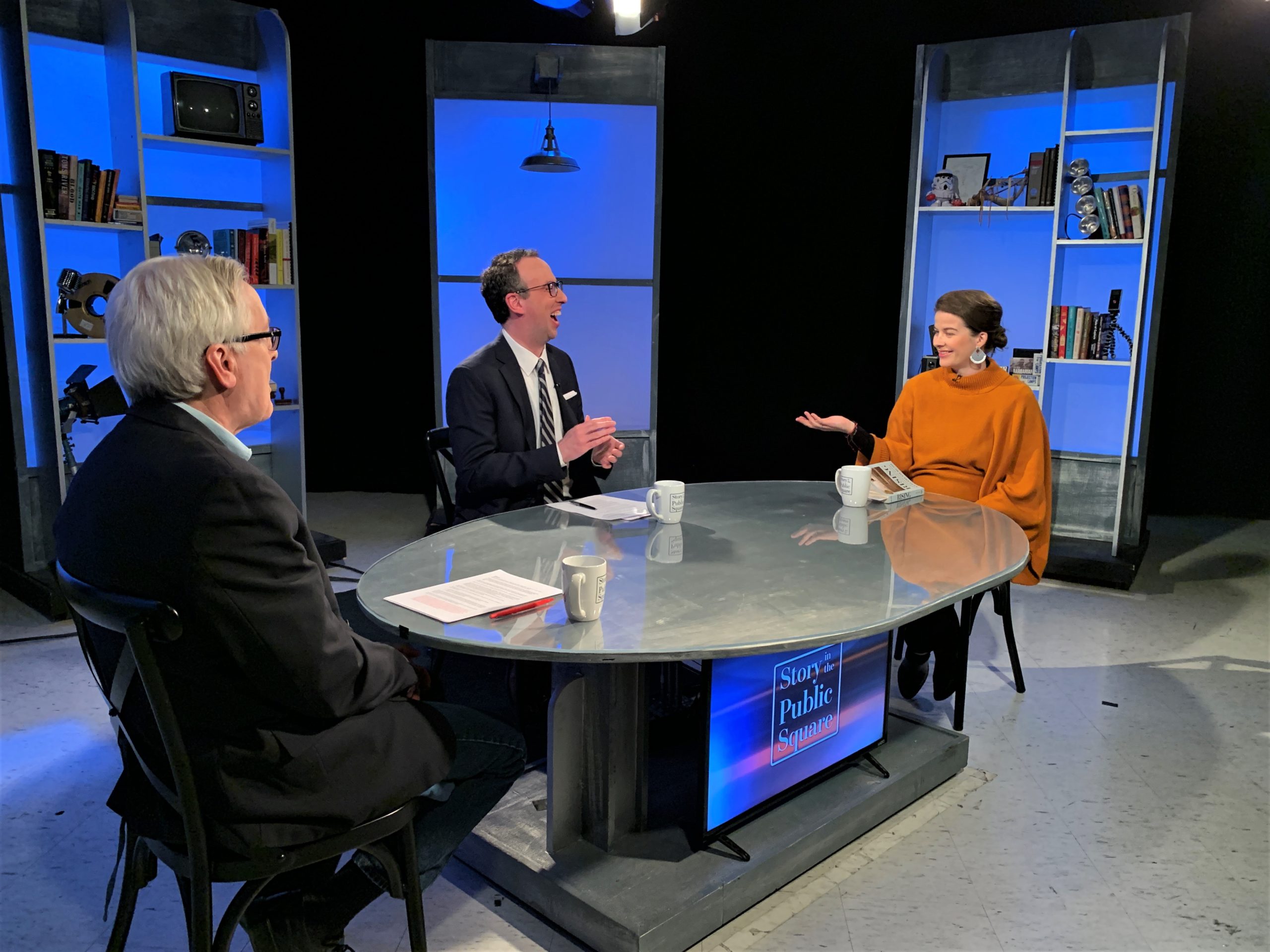 Climate change is reshaping America’s coast-line—from Maine to the Gulf of Mexico; from Staten Island New York to California.  For most of us, the change is invisible, but Elizabeth Rush tells us that is, in part, because we don’t know what we’re seeing.

Rush is the author of “Rising: Dispatches from the New American Shore,” a finalist for the Pulitzer Prize in General Nonfiction, and “Still Lifes from a Vanishing City: Essays and Photographs from Yangon, Myanmar.”  Her work explores how humans adapt to changes enacted upon them by forces seemingly beyond their control, from ecological transformation to political revolution.  She served as the Andrew Mellon Postdoctoral Fellowship in the Humanities at Bates College from 2015 to 2017 and currently teaches creative nonfiction courses at Brown University that carry the environmental sciences and digital technologies into the humanities classroom.  In 2019, Rush was named the National Science Foundation’s Antarctic Artist and Writer and joined scientists from the United States and Great Britain aboard the R/V Nathaniel B. Palmer for scientific “cruise” to the Thwaites Glacier, or “Doomsday Glacier,” in Antarctica. Thwaites’ deterioration destabilizes the West Antarctic Ice Sheet, which is one of the largest potential contributors to sea level rise.

On this episode of “Story in the Public Square,” Rush emphasizes the importance of creating space for the anxiousness and confusion that accompanies facing the realities of climate change.  She says these unsettling feelings are “absolutely necessary to encounter if we’re going to [take actions] on the scale…this threat demands.”