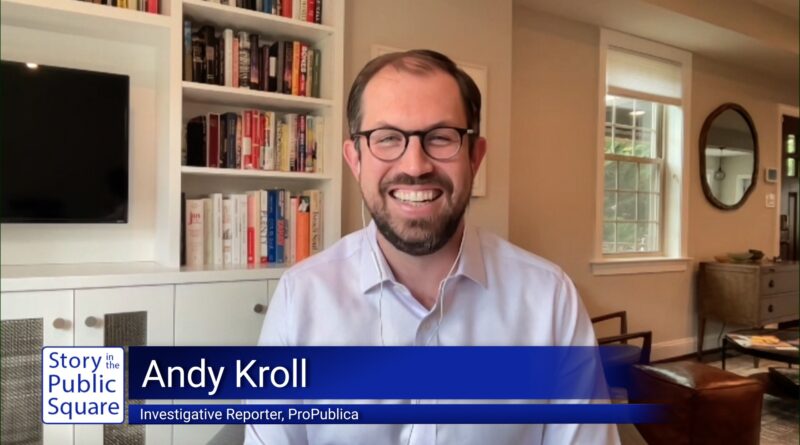 In the summer of 2016, Seth Rich, a young employee of the Democratic National Committee, was murdered in Washington, D.C. His death became fertile ground for conspiracy theories peddled by some Americans and certain foreign intelligence services. Andy Kroll gives us the truth about what happened that night and what those conspiracy theories have cost us.

Kroll is an investigative journalist for ProPublica. A Michigan native, Kroll got his start at Mother Jones. While he was working there, he exposed a prominent law office that was profiting off of foreclosures and reported several stories on Donald Trump, which helped prompt multiple congressional investigations. In 2018, he reported on a series of cyber attacks on California’s elections for Rolling Stone, which led to a political operative’s indictment. Throughout his career, Kroll has received many accolades. While at Mother Jones, the magazine, which included his work, won the 2013 Izzy Award and 2010 National Magazine Award for general excellence. Mother Jones’ “Climate Countdown” package, to which Kroll was a contributor, won the James Aronson award for social justice journalism. He also was named as an outstanding emerging journalist by The Society of Professional Journalists-NorCal in 2012. Kroll’s newest project is his book, “A Death on W Street: The Murder of Seth Rich and the Age of Conspiracy,” which explores Rich’s life, death, and the conspiracy theories that followed his murder.

This Week on “Story in the Public Square,” Kroll details the tragic story of Seth Rich and the conspiracy theories that have linked his death to the immensely divisive 2016 presidential election. Kroll describes his book as a “true-crime story for the post-truth era.” He examines how conspiracy theories develop and the irresponsibility of major news sources validating these stories. Kroll remarks, “truth moves slowly, and innuendo, conspiracy theories, false narratives move a lot faster than truth does.”