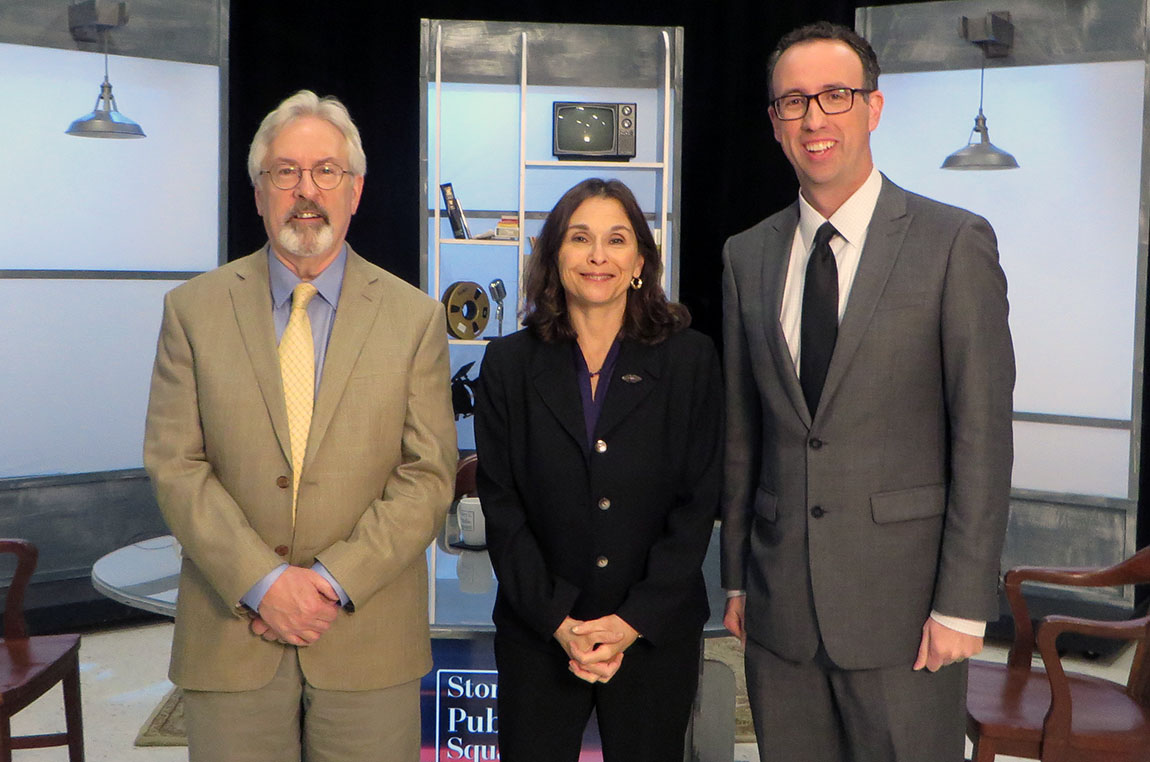 This week’s guest on “Story in the Public Square,” Professor Esther Schor, puts Emma Lazarus’ famous poem on the Statue of Liberty, “The New Colossus,” into historic and contemporary context.

Esther Schor is a Professor of English at Princeton University and author of an excellent biography of the poet, Emma Lazarus. She earned her BA in English and Music and Ph.D. in English from Yale, with a couple of years’ work in publishing in between. At Princeton, her courses revolve around two centers: British Romanticism; and Literature, Scripture and Religion. In 2015, she became the Inaugural Behrman Professor in the Council for the Humanities, where she will be serving as Acting Chair for 2017-2018.

Among her publications, her biography, Emma Lazarus (Nextbook/Schocken), which won the 2006 National Jewish Book Award, has recently been issued in paperback. As an offshoot from this project, she has curated exhibitions on Lazarus for the American Library Association and the Museum of Jewish Heritage.