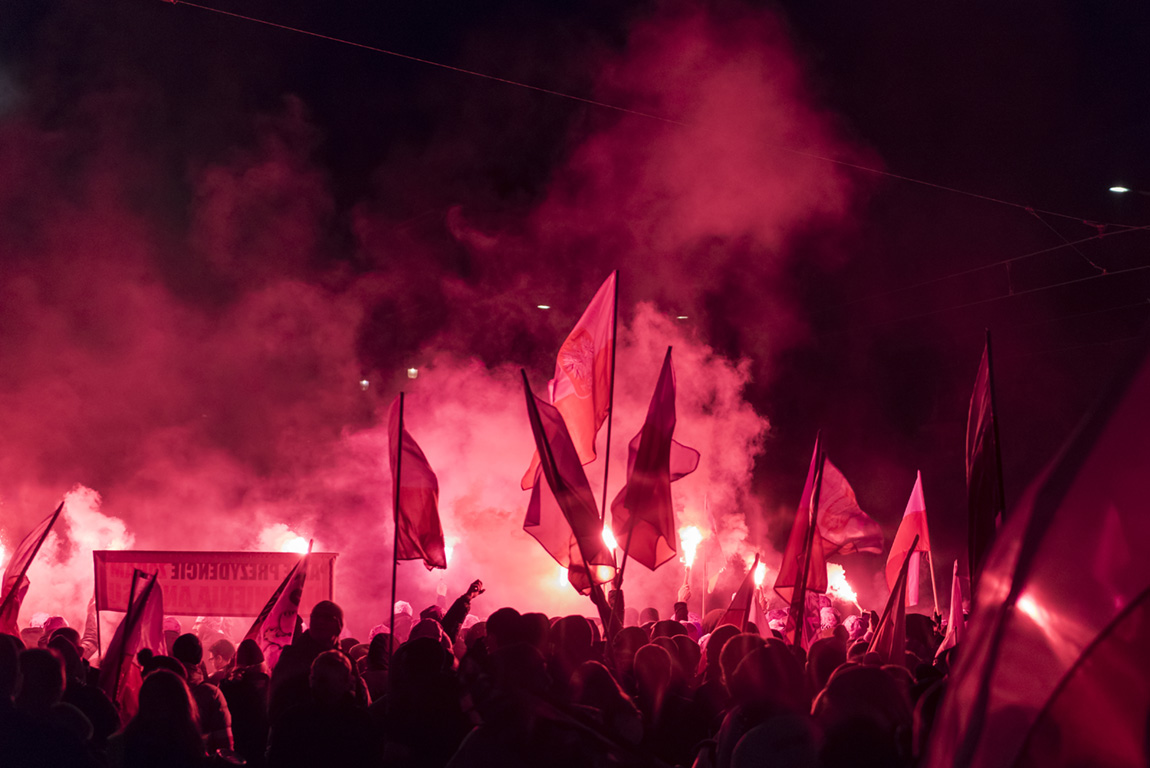 Poland celebrated its 99th Independence Day last weekend—and a parallel celebration of far-right extremists—almost 60,000 of them calling for “pure blood” and a “white Europe”—marched through the streets.  The celebration attracted white supremacists from across the Atlantic world.  The conservative Polish interior minister, according to the Associated Press, called the march “a beautiful sight.”

I find this troubling.  Poland was born out of the carnage of the First World War when the statesmen of Europe and America tried to fashion a peace that would prevent another war from happening.  We know they failed, in part because they accepted the rationale of ethnic nationalism—that national boundaries should be redrawn along ethnic divides.  So by 1938, Hitler could use the rhetoric and rationale of the peace makers of 1918 in claiming that the Sudetenland—then part of Czechoslovakia—should be part of Germany.  This same DNA lives in the chants of “pure blood” that rang through Warsaw’s streets last weekend.

It’s 2017, and ghosts we thought were long dead in Europe and America are alive and well and, frankly, they’re gaining strength.  The choice we have—the choice that leaders have grappled with for the last century—is a choice between a world that is plural, diverse, and at peace and a world that is singular, pure, and violent.  The forces of purity and violence are on the march.

One of my tasks as a university professor is to get my students to actually read original documents—not just the Wikipedia summary—and tell me what those documents say.  So last week, my students read the Atlantic Charter—the agreement signed by Roosevelt and Churchill on August 14, 1941 (before the United States entered World War II) that described the joint war aims of the United States and the United Kingdom.  They sketched out in very sparse language 8 shared objectives of the war.  They made clear they were not fighting to gain new territories; they wanted to increase the welfare of people everywhere; they wanted to reduce armaments; but they also talked about ensuring free and unfettered access to natural resources all the world over; and they talked about collaboration between nations on “labor standards, economic advancement, and social security.” This is the stuff of free trade.

In other words, increasing globalization was something we fought for in the Second World War—and the institutions of peace that followed it—the United Nations; the World Bank; the International Monetary Fund; the General Agreement on Tariffs and Trade; and ultimately the World Trade Organization all draw a straight line to the war aims Roosevelt and Churchill agreed to sitting in Placentia Bay, Newfoundland in the summer of 1941.

The truth is, the world they created was increasingly plural, diverse and peaceful.  Purity had brought war and destruction.  The post-war era was intentionally engineered to bring diversity and peace.

That’s what’s under assault today.  That’s why I’m so worried.  There are forces kicking at the pillars of post-war stability, seeking to drive us apart, to emphasize our differences both within nations and across borders—and in doing so, ushering in a world of purity and violence.