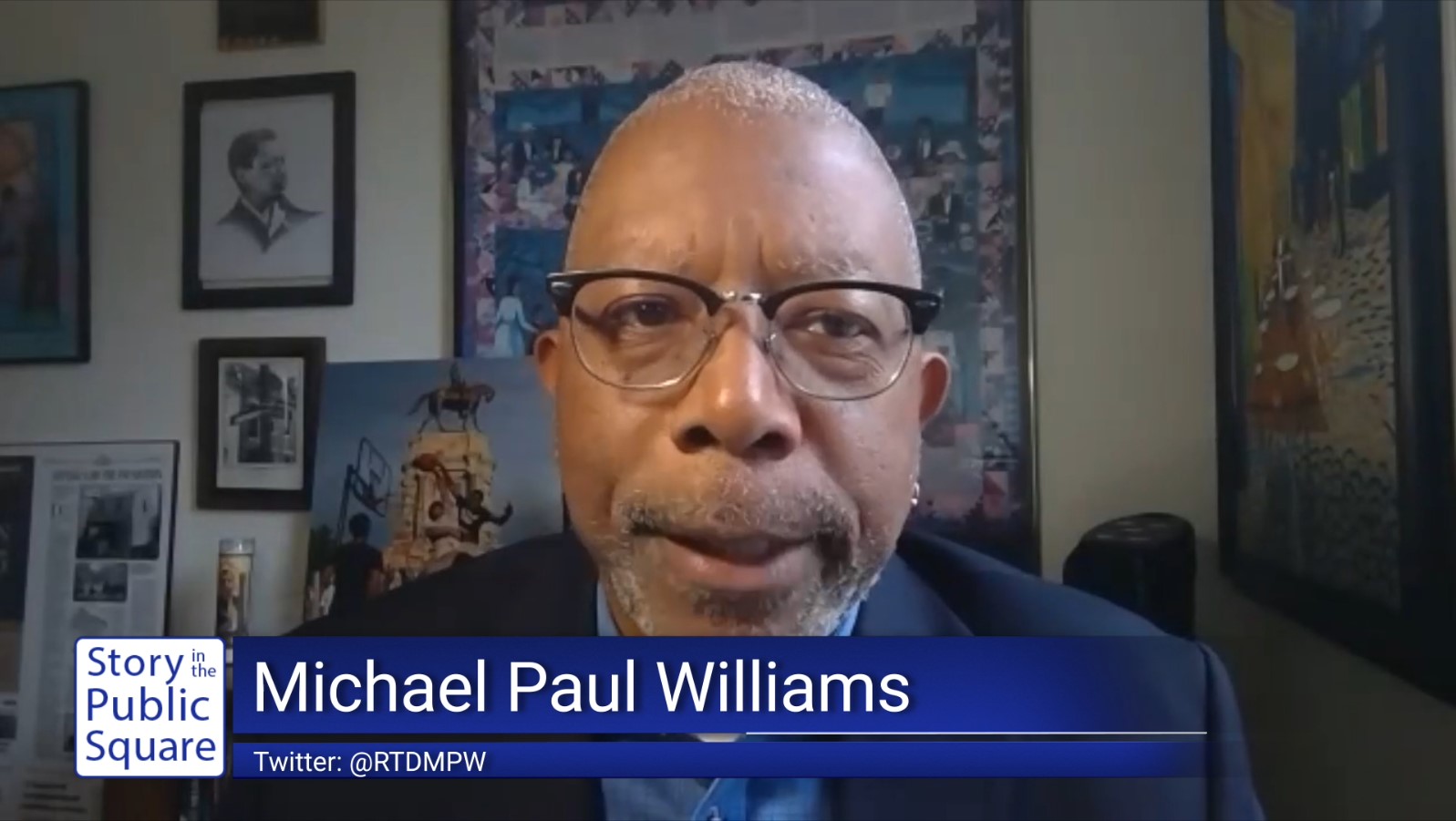 Most Americans want to believe that the United States of America as a bastion of liberal democracy.  But Michael Paul Williams is a columnist whose work exposes the illiberal elements in American society, including white supremacy, banning books, and vigilantism.

Michael Paul Williams is a native of Richmond and longtime columnist at the Richmond Times Dispatch.  Williams joined The Times Dispatch in 1982 and covered local government for a decade before becoming the paper’s first Black columnist a decade later.  His columns have never shied away from sensitive public issues, including race.  His unflinching truth telling has secured numerous honors; among them a Nieman Fellowship and in 2021, he won a Pulitzer Prize for his series of columns that changed the conversation about race and remembrance in the former capital of the Confederacy following George Floyd’s murder in 2020.  Williams was named the 2021 recipient of the Pell Center Prize for Story in the Public Square, which honors storytellers whose work has a meaningful, positive impact on the public dialogue.

On this episode of “Story in the Public Square,” Williams describes the transformation Monument Avenue in Richmond, Virginia underwent in the years following the Confederate monument protests.  The area became a memorial to victims of police violence with light shows on statues, a public garden and a basketball court.  “People really became attached to it,” said Williams.  “They were proud that they had reclaimed this space.”  Today, he says the now-removed statues’ pedestals remain a part of the Richmond landscape.  “They still leave their mark,” adds Williams.