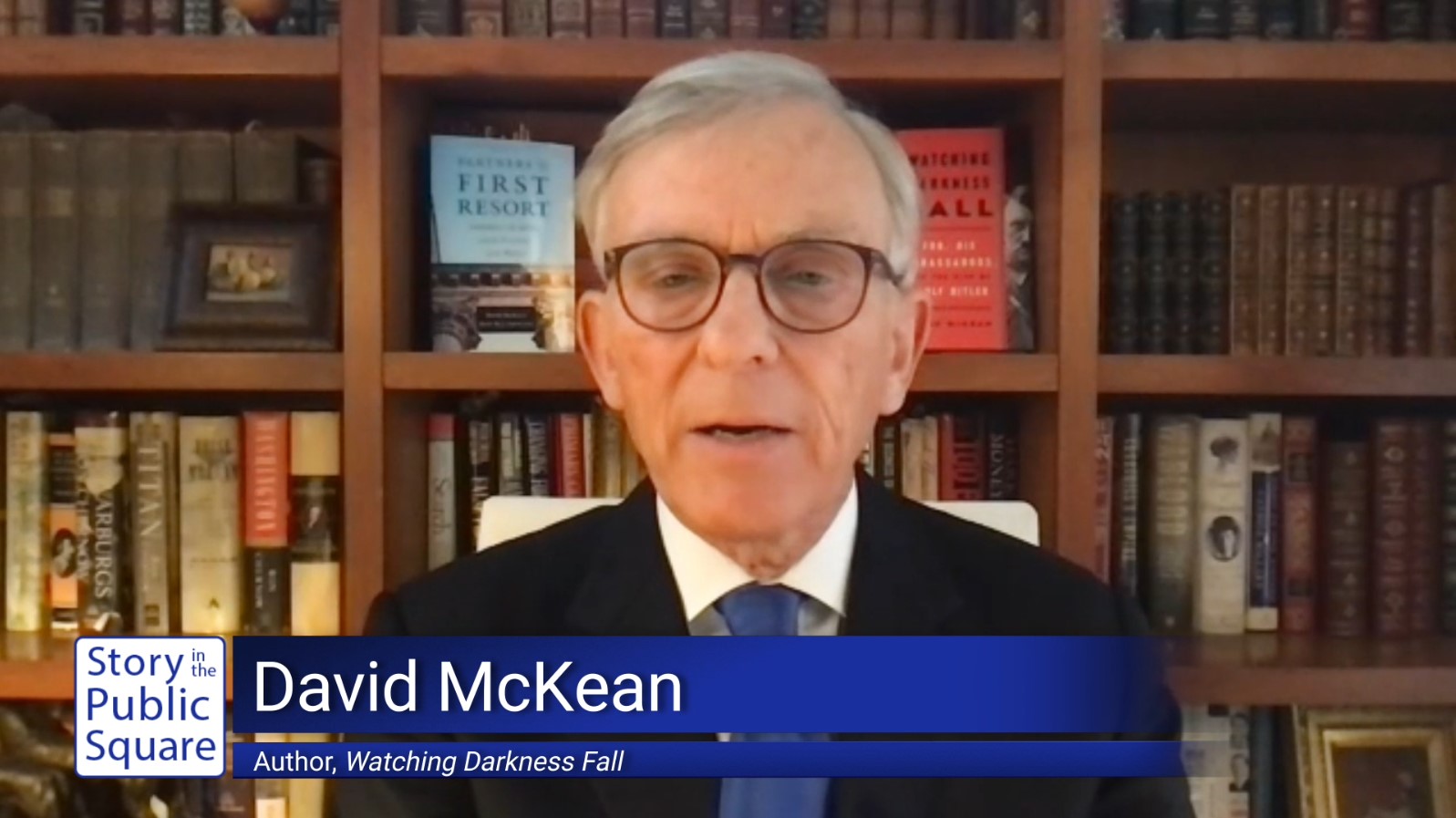 In the 1930s, President Franklin Delano Roosevelt saw war coming with Hitler’s Germany even as he reconciled the isolationism of American politics with his own internationalist instinct.  Ambassador David McKean tells the story of FDR’s personal reliance on his hand-picked ambassadors to Europe in the critical years before America’s entry into World War II.

David McKean served as United States Ambassador to Luxembourg from 2016-2017.  He currently serves as a Consensus member at the American Security Project and is a Visiting Distinguished Fellow at the German Marshall Fund of the United States.  Previously, he was the Director of Policy Planning at the U.S. Department of State, beginning in February of 2013.  There, he also served as a Senior Advisor to Secretary of State Clinton for the Quadrennial Diplomacy and Development Review.  He is the recipient of the State Department’s Distinguished Honor Award and Superior Honor Award.  McKean spent two decades working in the United States Congress: serving as chief of staff to Senator John Kerry from 1999 to 2008 and chief of staff to Representative Joseph P. Kennedy II from 1993 to 1994.  He served as staff director for the United States Senate Foreign Relations Committee from 2009 to 2010, and minority staff director for the Permanent Subcommittee on Investigations from 1998 to 1999.  McKean was a key player in laying the groundwork for the Senator Kerry’s presidential campaign in 2004 and was a co-chairman of the Senator’s presidential transition team.  In 1997 and 1998, he served as the Minority Staff Director for the U.S. Senate Permanent Subcommittee on Investigations.  McKean is the author of four books on American political history: “Friends in High Places” with Douglas Frantz, “Tommy the Cork,” “The Great Decision” with Cliff Sloan, and “Watching Darkness Fall: FDR, His Ambassadors, and the Rise of Adolf Hitler,” which was published in 2021.