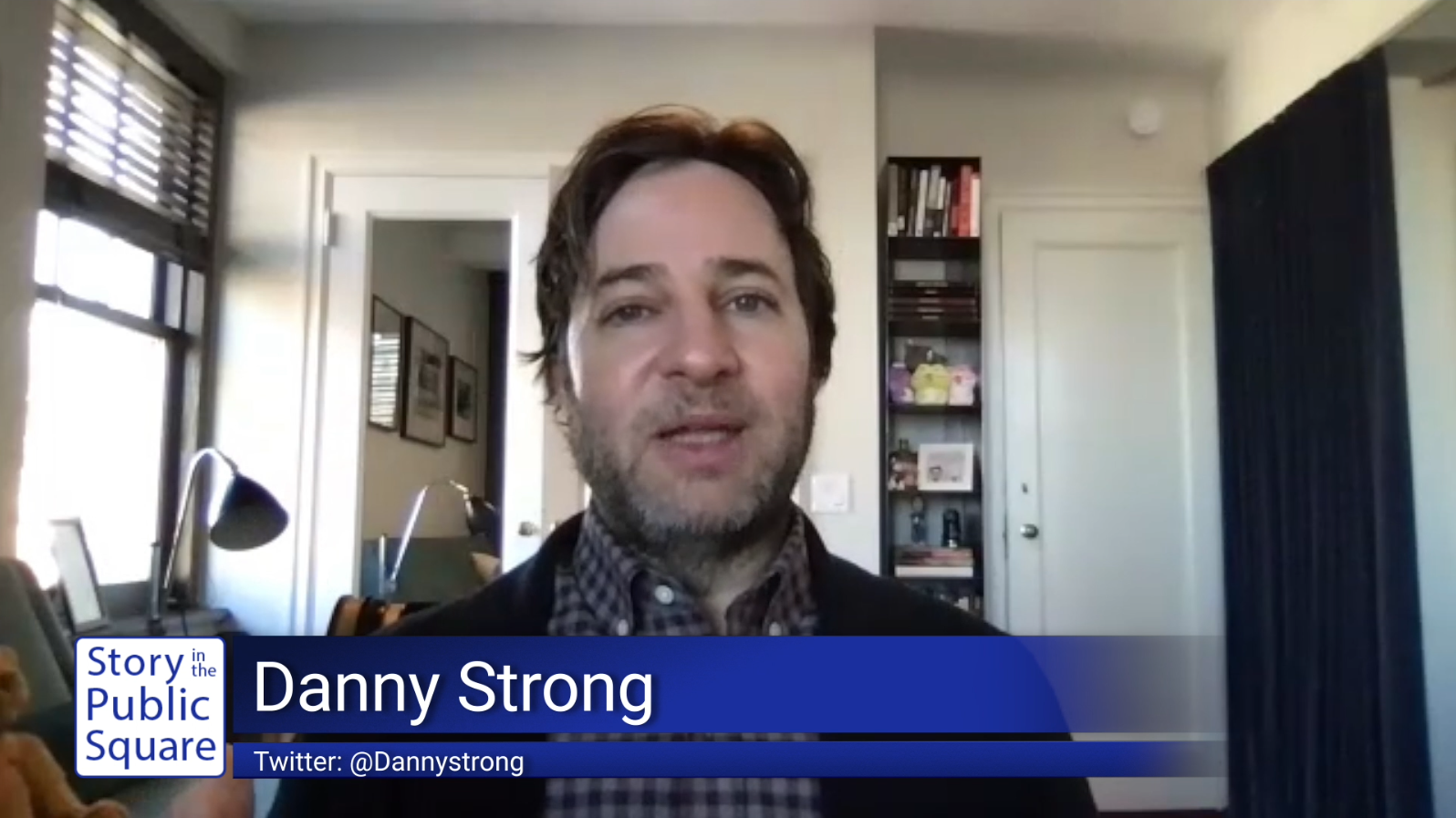 According to the CDC, more than 588,000 Americans have died from opioid overdose since 1999.  Danny Strong tells the story of that epidemic in “Dopesick,” a new series on Hulu.

Danny Strong is one of the most prolific TV and big-screen talents today, with more than 75 acting, screenwriting, producing, directing, show running and creating credits, three directing credits, according to IMDB.  For writing, directing and producing, he is best known for “Recount,” “Game Change,” Lee Daniels’ “The Butler,” and “Mockingjay,” the two-part Hunger Games finale.  He is also known for the 2019 TV series, “Proven Innocent” and the 2017 film, “Rebel in the Rye,” which he directed.  Strong is co-creator of the smash hit, “Empire.”  His acting career begin in 1994, when he was 20, with a role on “Saved by Bell: The New Class.”  His most famous roles since then have been as characters on “Buffy the Vampire Slayer,” “Gilmore Girls,” “Mad Men,” “Justified and Billions.”  Strong’s “Game Change,” the 2012 HBO production about the 2008 presidential election, won a Golden Globe, a primetime Emmy, a Writers Guild of America Award, and a Producers Guild of America Award. His 2008 HBO film “Recount,” about the 2000 presidential election, won an Emmy.  He has won an NAACP Image Award for Empire and been nominated for a Critics Choice Award and a Golden Globe for the show.  Strong was the recipient of the 2014 Pell Center Prize for Story in the Public Square.  Most recently, he is the creator and an executive producer of “Dopesick,” the Hulu eight-part mini-series, of which he directed an episode.

On this episode of “Story in the Public Square,” Strong discusses his work on “Dopesick,” creating the series that follows the story of America’s opioid crisis from Purdue pharma’s deceptive marketing campaigns to a country doctor who is prescribing oxycodone to his patients in Appalachia.