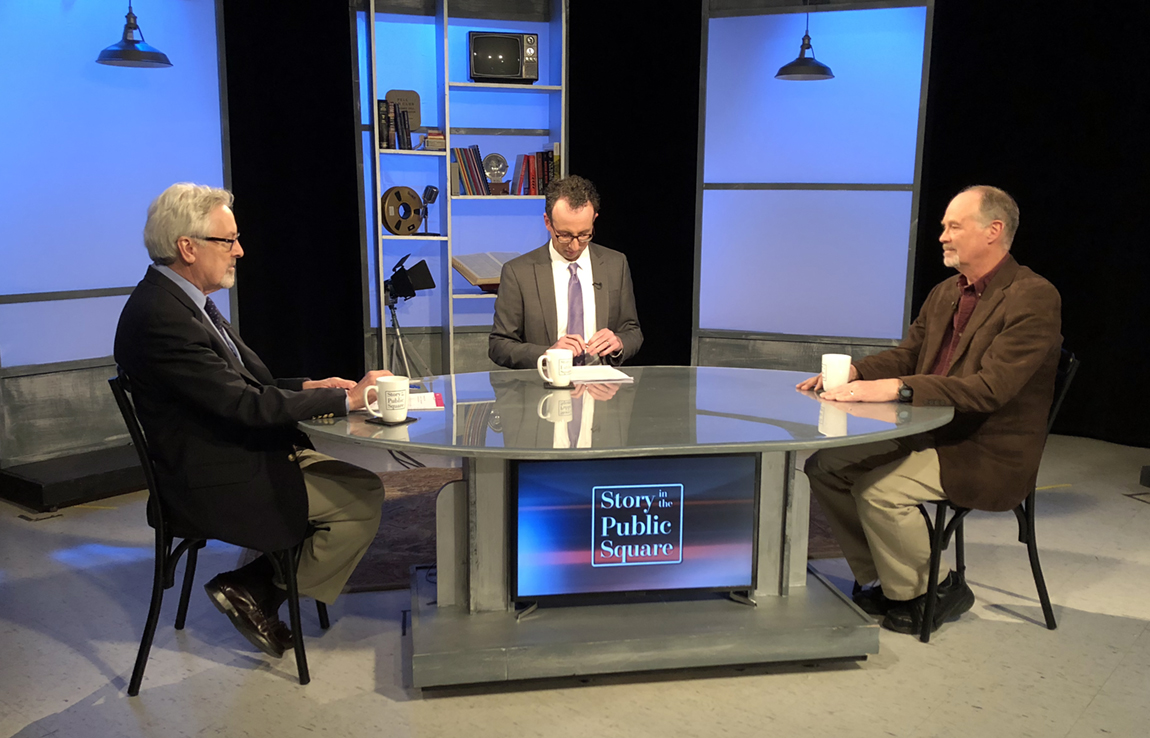 One of the most important stories in human history is the creation story of the Hebrew bible. Its impact can still be felt today in debates over the proper role of creation and evolution in American classrooms. Kenneth Miller is a respected scientist whose published work seeks common ground between God and science.

Kenneth R. Miller is Professor of Biology at Brown University. He did his undergraduate work at Brown, and earned a Ph. D in 1974 at the University of Colorado. He spent six years as Assistant Professor at Harvard University before returning to Brown University in 1980. His research on cell membrane structure and function has produced more than 60 scientific papers and reviews in leading journals, including CELL, Nature, and Scientific American.

Miller is coauthor, with Joseph S. Levine, of four different high school and college biology textbooks that are used by millions of students nationwide. He has received six major teaching awards at Brown, the Presidential Citation of the American Institute for Biological Science (2005), and the Public Service Award of the American Society for Cell Biology (2006). In 2009, Miller was honored by the American Association for the Advancement of Science for Advancing the Public Understanding of Science, and received the Gregor Mendel Medal from Villanova University.

In 2011, he was presented with the Stephen Jay Gould Prize by the Society for the Study of Evolution, and in 2014, he received the Laetare Medal from Notre Dame University. He is the author of the popular books Finding Darwin’s God (A Scientist’s Search for Common Ground between God and Evolution), and Only a Theory (Evolution and the Battle for America’s Soul). His latest book, The Human Instinct (How We Evolved to Have Reason, Consciousness, and Free Will), was published by Simon and Schuster on April 17, 2018.

“Story in the Public Square” airs on Rhode Island PBS in Rhode Island and southern Massachusetts on Sundays at 11 a.m. and is rebroadcast Thursdays at 7:30 p.m. An audio version of the program airs Saturdays at 8:30 a.m. & 9:30 p.m. ET, Sundays at 12:30 p.m. ET, and Mondays at 2:30 a.m. ET on SiriusXM’s popular P.O.T.U.S. (Politics of the United States), channel 124. Story in the Public Square is a partnership between the Pell Center and The Providence Journal. The initiative aims to study, celebrate, and tell stories that matter.