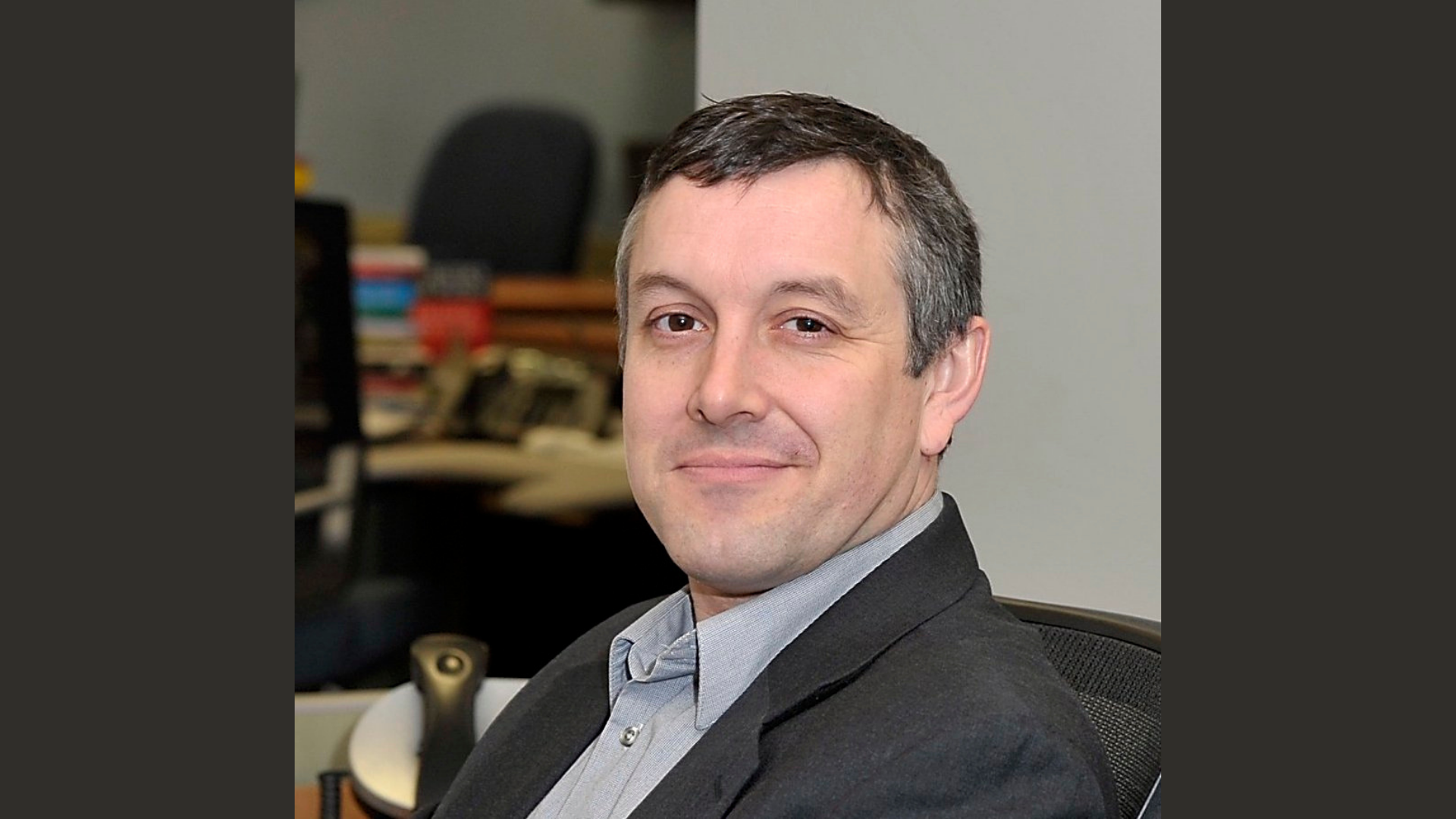 NEWPORT, RI—Best-selling author Colin Woodard has been named a Visiting Senior Fellow at Salve Regina University’s Pell Center for International Relations and Public Policy.  The author of six books, including “Union: The Struggle to Forge the Story of United States Nationhood” as well as “American Nations: A History of the Eleven Rival Regional Cultures of North America” Woodard will build a Pell Center initiative focused on the preservation of American democracy.

International observers and democracy experts have warned that the United States is experiencing “democratic backsliding” as voting becomes more difficult, Congress seems ineffective, and gerrymandering alters the prospects for responsive politics across the United States.  The “Big Lie” pushed by former President Donald Trump—that the 2020 election was stolen from him—and the January 6 insurrection inspired by those claims underscore the peril to American democracy.

“We booked Colin for an episode of ‘Story in the Public Square,’” the five-time Telly Award-winning public affairs show produced by the Pell Center for public television and SiriusXM, said Executive Director Jim Ludes.  “To get ready, I read ‘Union,’ and I was blown away by its sweep, its power, and its meaning for today.  Here is a scholar and a gifted storyteller who reminds us that the power of story is central to America’s national existence.”  Ludes continued, “But Colin isn’t just a gifted historian and author.  He recognizes that America needs a story that unifies it in the 21st century, and he’s willing to help contribute to it.  That project fits perfectly with what we’re doing at the Pell Center,” Ludes concluded, “and we’re excited to work with him.”

“I’m excited to be working with the Pell Center — with its commitment to interdisciplinary research and to connecting the worlds of scholarship and public policy — on these vital issues confronting the United States,” Woodard said. “I started my career in Eastern Europe and the Balkans during and after the collapse of the Soviet empire, where nation-states and federations were revisiting their histories and national myths, arguing over who truly belonged and who did not, trying to build liberal democracies or consolidate ethno-nationalist regimes — by means of genocide and civil war in some cases. Those experiences have always informed my work on North America’s history, but in recent years have become alarmingly relevant to our present trajectory, with the near-term survival of the American Experiment now far from certain.”

A New York Times bestselling historian and Polk Award-winning journalist, Colin Woodard is one of the most respected authorities on North American regionalism, the sociology of United States nationhood, and how our colonial past shapes and explains the present. Author of the award winning Wall Street Journal bestseller “American Nations: A History of the Eleven Rival Regional Cultures of North America,” Woodard has written six books including “American Character: The Epic Struggle Between Individual Liberty and the Common Good” — a Chautauqua Prize Finalist and winner of the 2016 Maine Literary Award for Non-Fiction — and “Union: The Struggle to Forge the Story of United States Nationhood,” which tells the harrowing story of the creation of the American myth in the 19th century, a story that reverberates in the news cycle today.

Colin Woodard is a POLITICO contributing editor and the State and National Affairs Writer at the Portland Press Herald and Maine Sunday Telegram, where he received a 2012 George Polk Award and was a finalist for the 2016 Pulitzer Prize for Explanatory Reporting. A longtime foreign correspondent of The Christian Science Monitor, The San Francisco Chronicle, and The Chronicle of Higher Education, he has reported from more than fifty foreign countries and seven continents from postings in Budapest, Zagreb, Washington, D.C. and the US-Mexico border and covered the collapse of communism in Eastern Europe and its bloody aftermath. His work has appeared in dozens of publications including The Economist, The New York Times, Smithsonian, The Washington Post, The Guardian, Newsweek and Washington Monthly and has been featured on CNN, the “Rachel Maddow Show,” Chuck Todd’s “The Daily Rundown,” “The PBS News Hour,” and NPR’s “Weekend Edition.”

Colin has been an expert for numerous television documentaries on Discovery Channel, the History Channel, Netflix, the Smithsonian Channel, and TLC and was a historical consultant for an Ubisoft video game inspired by “The Republic of Pirates,” a New York Times bestselling history of Blackbeard’s pirate gang that was made into a primetime NBC series with John Malkovich and Claire Foye. He’s spoken around the world, from the Smithsonian and the Chautauqua Institution to the European Parliament, the German Marshall Fund’s Atlantic Dialogues conference in Marrakesh, and the Asahi Shimbun’s Asahi World Forum in Tokyo.

His previous books include the New England Bestseller “The Lobster Coast: Rebels, Rusticators and the Struggle for a Forgotten Frontier,” a cultural history of coastal Maine; and “Ocean’s End: Travels Through Endangered Seas.”  American Nations also won a Maine Literary Award and was named a 2011 Book of the Year by both The New Republic and The Globalist, an honor Union received from The Christian Science Monitor in 2021.

Colin is a graduate of Tufts University (B.A., History) and the University of Chicago (M.A., International Relations) and is a past Pew Fellow in International Journalism at the Johns Hopkins University School for Advanced International Study. He received the 2004 Jane Bagley Lehman Award for Public Advocacy and was named 2014 Journalist of the Year by the Maine Press Association and one of the Best State Capitol Reporters in America by the Washington Post. He lives in Maine.