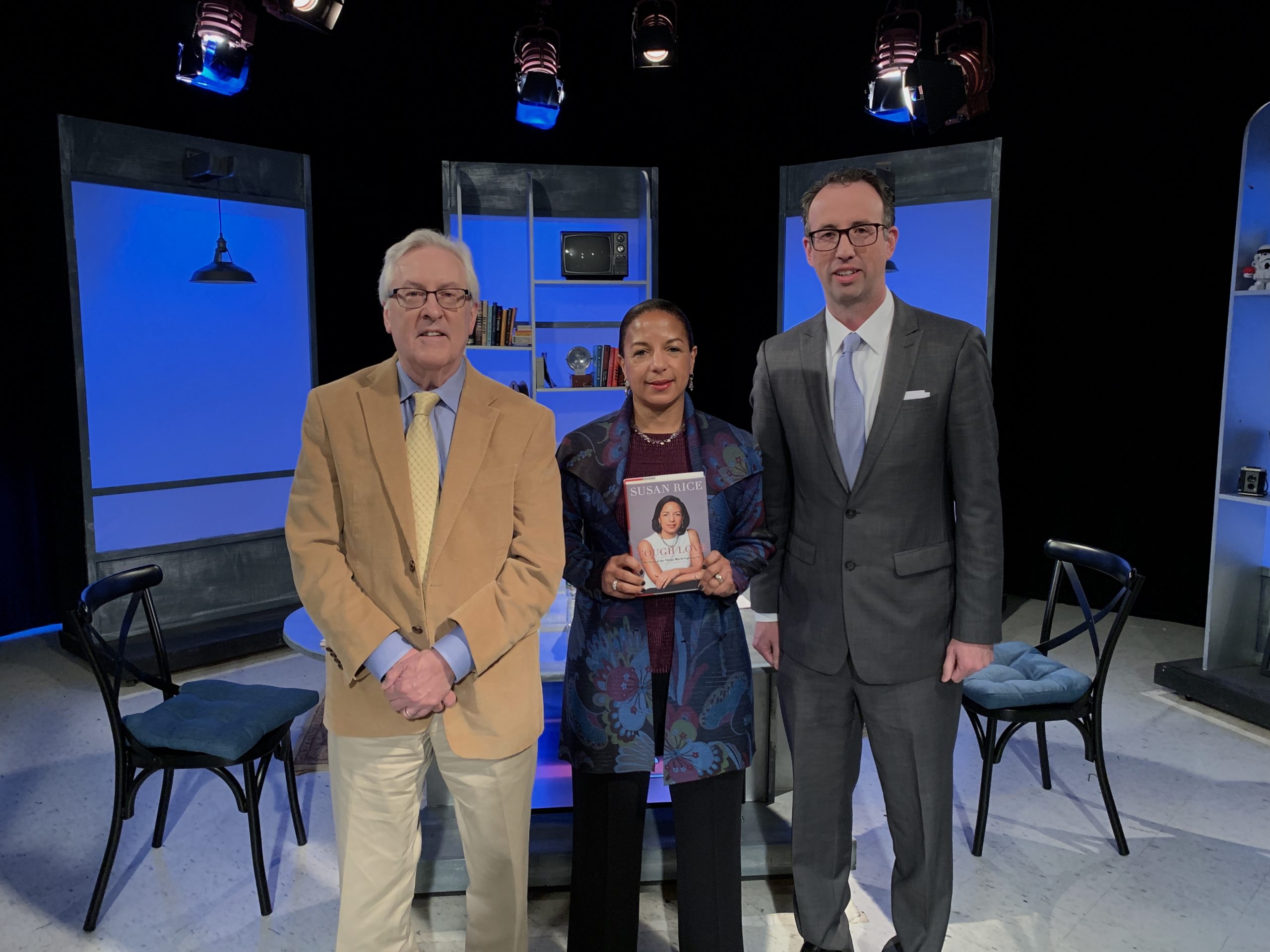 Politics, it’s often said, is a tough game.  But lost in the back and forth over policies are the lives of public servants who pay a very real toll for their service.  Ambassador Susan Rice knows that experience better than most.

Rice served as the U.S. National Security Advisor under President Barak Obama from 2013 to 2017.  She was unanimously confirmed by the Senate as the U.S. ambassador to the United Nations in 2009, serving until 2013.  Rice was a senior fellow in foreign policy at the Brookings Institution from 2002 to 2009, where she focused on U.S. foreign policy, the implications of global poverty, and transnational threats to security.  She also served on the National Security Council and as Assistant Secretary of State for African Affairs during President Bill Clinton’s second term.  After serving as National Security Advisor, Rice joined American University as a distinguished visiting research fellow in the School of International Service.

On this episode of “Story in the Public Square,” co-host Jim Ludes asks Rice if she considers the divisiveness in American politics a liability to national security.  “It’s huge,” Rice said, calling it “our greatest national security vulnerability right now.”  She says our adversaries clearly recognize these divisions and understand that they can weaken us by leveraging these divisions through the media, “[setting] Americans against one another and cause us to hate and distrust each other more than ever.”

“Story in the Public Square” broadcasts each week on public television stations across the United States. A full listing of the national television distribution is available at this link. In Rhode Island and southeastern New England, the show is broadcast on Rhode Island PBS on Sundays at 11 a.m. and is rebroadcast Thursdays at 7:30 p.m. An audio version of the program airs 8:30 a.m. & 6:30 p.m. ET, Sundays at 4:30 a.m. & 11:30 p.m. ET on SiriusXM’s popular P.O.T.U.S. (Politics of the United States), channel 124. “Story in the Public Square” is a partnership between the Pell Center and The Providence Journal. The initiative aims to study, celebrate and tell stories that matter.[/vc_column_text][/vc_column][/vc_row]