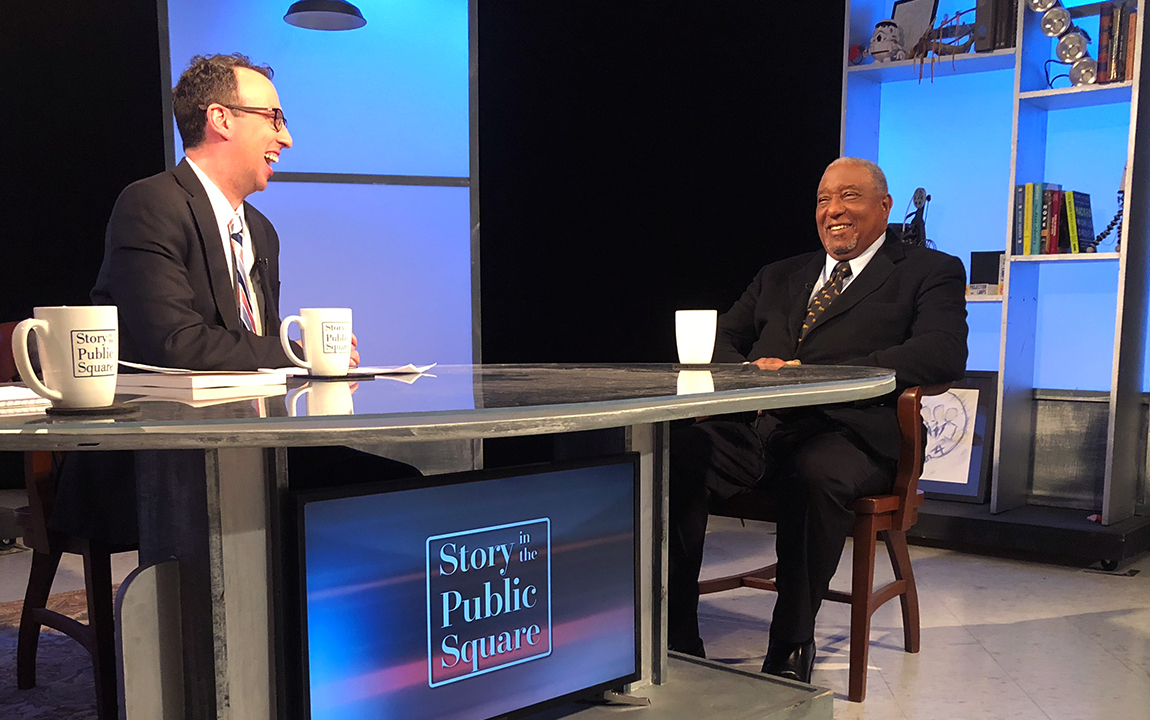 Imagine the courage of a young black man in the Jim Crow South to sit at a “Whites Only” lunch counter; to need a military escort for a bus ride; to be assaulted by the Ku Klux Klan, and, through it all, remain committed to non-violence. Dr. Bernard LaFayette has done just that, he joins us this week on Story in the Public Square.

A Civil Rights Movement hero and nonviolence activist for more than fifty years, Dr. LaFayette was a co-founder and leader of the Student Nonviolent Coordinating Committee Nashville Sit-ins, a courageous Freedom Rider, an associate of Dr. King in the Southern Christian Leadership Conference, and national coordinator of the Poor People’s Campaign. An ordained minister, professor, educator, lecturer, he is recognized nationally and around the world as an authority on the strategy on nonviolent social change.

In 1998, he became the first director of the Center for Nonviolence and Peace Studies at the University of Rhode Island. While directing the Center, Dr. LaFayette led education and training programs in Kingian Nonviolence on state, national and international levels, with successful projects world-wide, in countries such as South Africa, Colombia, Nigeria, the Middle East, and Mexico.

In January of 2009, Dr. LaFayette accepted an appointment at Emory University in Atlanta, as a Distinguished Senior Scholar-in-Residence at the Candler School of Theology. He is presently a Scholar in Residence at Auburn University. Dr. LaFayette remains affiliated with the URI Center as a Distinguished Visiting Scholar during the International Nonviolence Summer Institute, held annually in June on the URI campus.